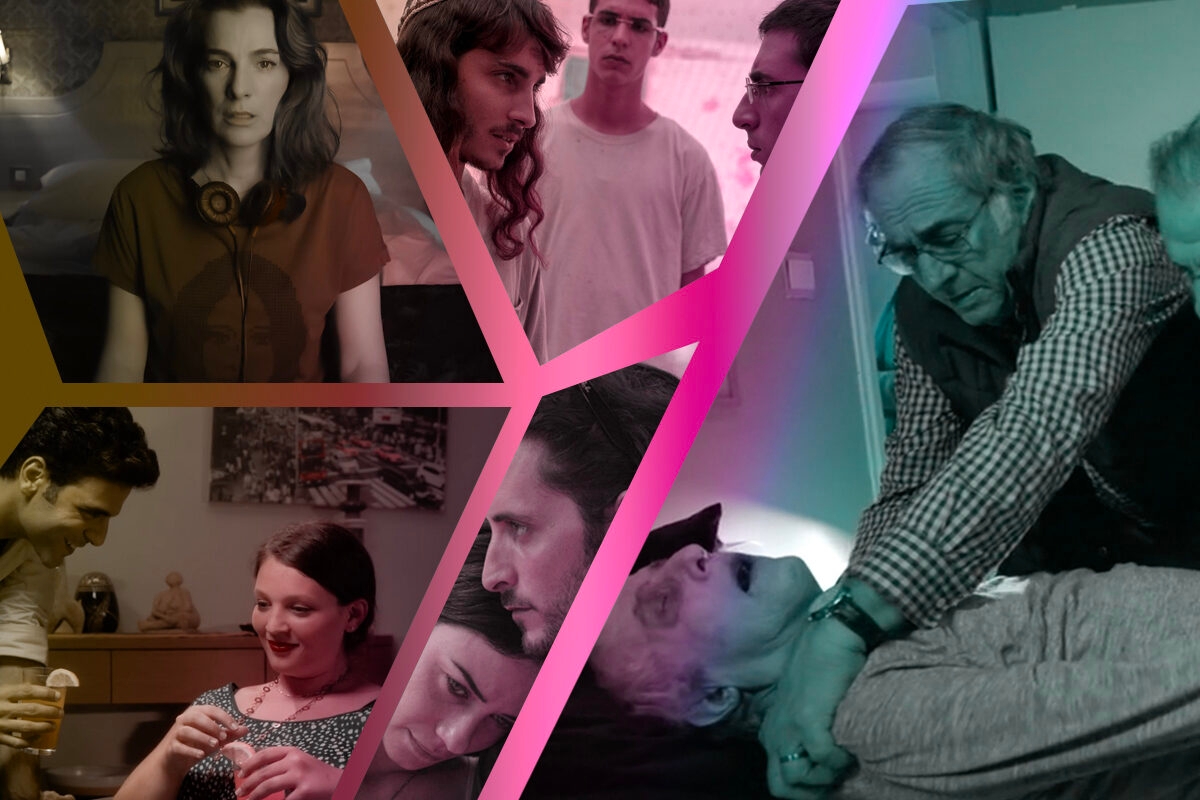 When people talk about Israeli television, one of two shows usually follows in the conversation: “Fauda” or “Shtisel.” That’s with good reason, of course — these fantastic shows have become bona fide Netflix hits, adored by critics and global audiences alike.

But, as any casual reader of Kveller knows, there are many other excellent Israeli shows out there that are also winning the hearts and minds of viewers around the world. Here are eight lesser-known Israeli shows that would make great additions to your summer watchlist. Happy summer, and happy bingeing!

In this high-paced espionage and conspiracy thriller, five seemingly ordinary citizens find themselves wrapped up in the high-profile kidnapping of an Iranian government minister from his Moscow hotel room. The only catch is that they all claim that they weren’t even in Moscow and that they do not work for the Mossad.

When the front-runner for the Nobel Prize in Economics is found dead in his bed, his four closest friends scramble to keep him “alive” in the increasingly hectic days leading up to the big announcement. This “Weekend at Bernie’s” meets “Grace and Frankie” series is based on the popular novel by Noa Yedlin and has been a huge hit in Israel, where it airs on Kan 11. The cast of this hilarious dark comedy is also comprised of Israeli acting royalty, including Sasson Gabai (“The Band’s Visit”) and Tikva Dayan (“The Golden Girls”).

“Stockholm” was the first-ever Israeli show selected to premiere at the Toronto International Film Festival, where it earned a ton of buzz and critical raves. Shortly thereafter, the CBC, home to the Emmy-nominated hit Canadian series “Schitt’s Creek,” scooped up the rights to stream the Hebrew language show during its fall premiere season. In the U.S., when the new streaming platform Topic launched last year, it put “Stockholm” front-and-center as one of its main showcase offerings.

After Netflix struck gold with “Fauda” in 2016, they knew that they had to carefully select what their next Israeli hit would be. The result — “When Heroes Fly” — did not disappoint. The series follows four IDF veteran soldiers who reunite and travel deep into the Colombian jungle on a mission to find a loved one they presumed to be dead. Loosely based on the popular novel of the same name by the late Amir Gutfreund, the show stars some of Israel’s highest-profile actors, including Tomer Kapon (Amazon’s “The Boys”) and Michael Aloni (“Shtisel”).

The series made waves when it won the top prize at the inaugural Cannes International Series Festival in 2018, beating out top global shows in the competition like “Killing Eve” and “State of Happiness.” One month later, it went on to become the most-watched drama on Israel’s Keshet 12. Last year, Apple TV+ announced that they’ve ordered an English-language remake — to be titled “Echo 3” — lead by Academy Award winner Mark Boal (“The Hurt Locker”).

Looking for your “after hours” fix? This provocative web series that created quite the stir in Israel. “Confess” is an anthology series that explores hook-up culture in Tel Aviv today, and how dating apps have changed millennials’ dating and sex lives. Each episode is based on the real-life confessions of dating app users and features the talents of some of Israel’s hottest rising stars, including Noa Koler (“The Wedding Plan”), Omer Perelman Striks (“Shababnikim”) and Ori Laizerouvich.

The series comes from one of Israel’s most promising directing talents, Moshe Rosenthal (“Our Way Back”). Two-time Academy Award nominee Julie Delpy (“Before Sunset”) is currently developing an American adaptation of “Confess” for AMC, the cable home to hits like “Mad Men” and “Breaking Bad.”

You can view all episodes for free with English subtitles directly on “Confess’” website.

Set during the summer of 2014, “Our Boys” is based on the painful true events of the kidnapping and murders of young Israeli and Palestinian teenagers that led to the outbreak of the 2014 Israeli-Gaza conflict. This series was a co-production between HBO and Keshet 12, officially making “Our Boys” the first Hebrew and Arabic language series for HBO. The series was written, directed and produced by three of the region’s top filmmakers, all with diverse backgrounds: Hagai Levi (Showtime’s “The Affair”) is Israeli, Joseph Cedar (“Norman: The Moderate Rise and Tragic Fall of a New York Fixer”) is American-Israeli, and Tawfik Abu Wael (“Last Days in Jerusalem”) is Palestinian.

The show ignited a splitting, emotional debate within Israel — in 2091, Prime Minister Benjamin Netanyahu even called for a boycott, calling the show antisemitic. Yet at last year’s Israeli Television Academy Awards (Israel’s answer to the Emmy Awards), it walked away as the big winner of the event, winning Best Drama Series. Over here in the U.S., the series was recently nominated for a Peabody Award in May 2019 and was named one of the New York Times’ top 10 shows of 2019.

In this gripping dystopian drama, we’re transported to a present-day alternate reality where the Jewish state is divided by a heavily secured wall. One side is the secular “State of Israel,” with Tel Aviv as its capital. The other side is the ultra-Orthodox “Jewish Autonomy” based in Jerusalem. “Autonomies” comes from “Shtisel” writers Yehonatan Indursky and Ori Elon, who were inspired to create this controversial series due to the belief that the real-life conflict between the ultra-Orthodox and secular societies within Israel might be more destructive than the Palestinian conflict.

The show airs on Israel’s HOT and has become one of the TV provider’s most successful dramas to date. Some critics have called it “ultra-Orthodox society meets ‘Black Mirror.’” The series is currently available to stream in the U.S. alongside “Stockholm” on Topic. An English-language adaptation is also in the works and is being reformatted to use America’s own blue state-red state divide as a substitute for the original Israeli plot.

Israel’s hottest new show of the year, “Tehran” follows Tamar Rabinayan (Niv Sultan, “Flawless”), a young Mossad agent who is sent to Iran to hack and disable a nuclear reactor. When her dangerous mission takes an unexpected turn, she finds herself stuck in the Iranian capital, where she rediscovers her roots and befriends pro-democracy activists. The electrifying new show was broadcast on Israel’s Kan 11 and comes from Moshe Zonder, the head writer of “Fauda.” During quarantine, Apple TV+ bought the international rights to the series outside of Israel in a multi-million dollar sale.

In this neo-noir psychological thriller, we’re introduced to Alice (Ayelet Zurer, “Superman: Man of Steel” and “Shtisel”), an accomplished filmmaker in her 40s who struggles with her career after having a family. When she meets Sophie (Lihi Kornowski), an aspiring screenwriter in her 20s, she becomes obsessed with the younger woman and brings her into her life, both professionally and personally. But soon enough, Alice realizes that Sophie might not be who she thinks she is, and the decision to bring her into her world may have fatal consequences.

The show, which just premiered last summer on HOT, was created by Sigal Avin, who has widely been regarded as one of the top female filmmakers to watch over the next few years. She created this show as a “love letter for the still-too-rare female director.” Apple TV+ announced that they bought and would co-produce “Losing Alice,” only a few days after they made a similar announcement for “Tehran” — both shows are now streaming on Apple TV+.

These recommendations were sourced from this article which first appeared on Kveller in July 2020.