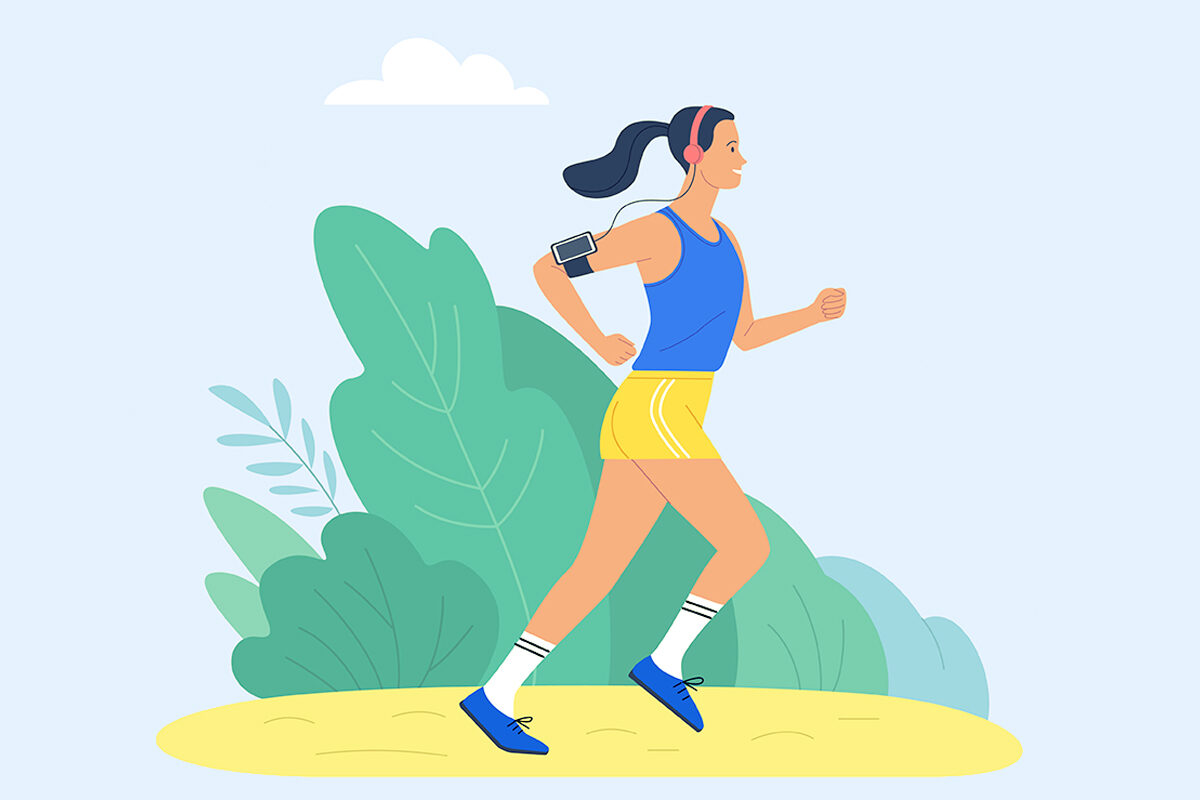 “Be kind, for everyone you know is fighting a hard battle.” — Plato

For as long as I can remember, I have shunned shorts. It wasn’t about wanting to have long, lean legs or because I coveted the elusive thigh gap. No, it was simply that I’ve always been curvy — and that meant shorts were a complicated piece of clothing. Even as a teen, I’d always need to tug my shorts down because my ample thighs and backside got in the way. In fact, even when I dropped two sizes in my mid-20s, my legs remained thick and strong — great for running and squats, but not so great for styles like the cute cut-off jean shorts my friends were wearing. I convinced myself it was OK and that I preferred dresses.

But that wasn’t entirely true. It’s really that my thighs never fit into shorts the way I wanted them to — leaving me feeling much too exposed and, as a result, uncomfortable. Even if I sized up, they still didn’t fit, gapping at the waist. So I found dresses that fit and flattered my shape, and said “thanks but no thanks” to shorts … even though I really did want to be able to make the choice, especially as a runner. (Crops in summer? Ugh!)

Ultimately, I pride myself on being a fit and active mom and try to model (mostly) healthy eating. I’m hoping to lead my kids by example. I work from home (even pre-coronavirus) and try to find ways to move my body during the day — especially the days I miss a formal workout. For example, I take our “pandemic puppies” for a walk before work and over lunch whenever possible; we typically take evening walks as a family and venture out on long bike rides on weekends.

As it does for so many women, motherhood changed my body. Those 35 pounds I lost in my early 20s have found me again at 40. As a recovered disordered eater and former over-exerciser, I need to be extra vigilant about not spiraling back into ugly habits as I try to slowly (and healthily!) lose a few Covid-19 pounds. I know with certainty that I am mentally, physically, and emotionally a better mom and wife when I exercise — and I would argue that regular exercise has kept me sane during this pandemic. (OK, exercise plus my trifecta of dark chocolate, soy lattes, and rosé.)

My family moved to Texas a year ago, and if you know Texas summers, you know they are brutally and blisteringly hot — the thickness of the heat chokes you when you walk outside from an air-conditioned store. It’s heat like I’ve never experienced in my life, not even in the tropics. (We went to Cartagena, Colombia a few summers ago, and I swear it was cooler than north Texas ever gets!)

Primarily due to the extreme heat, all my new friends here regularly wear shorts. They teased me that it’d only be a matter of time before I got on the shorts train. For more than a year, I resisted the siren song; I just wasn’t comfortable enough in my own skin to wear them.

But after those initial 95 degree days in March, I finally said: “F it.” If Covid-19 has taught us anything, it’s that there are 99 problems in the world — and my thighs simply cannot be one of them.

Seriously, between having the kids around while my husband and I both work from home; needing to be extra careful about wearing masks and social distancing; feeling an intense amount of Jewish guilt over when I’ll see my family in New Jersey again; anxiety about the upcoming school year; racism and police brutality everywhere you look; a completely unprepared and unhinged president who is still in office; rising anti-Semitism; uncertainty about the upcoming election; voter suppression happening in many states; devastating climate change news out of the Arctic … there’s only so much I can worry about at one time. There simply isn’t room for one more thing to be freak out about — especially something as frivolous as an article of clothing.

So, I decided to take the plunge. I went to the Athleta website and purchased a pair of their longest running shorts (the Mesh Racer Run Shorts, in case you’re on the hunt!). The day they came, I immediately took the tags off, not allowing myself even a minute to second-guess the purchase. First, I walked around the house in them — acknowledging how exposed I felt, but also how surprisingly comfortable they were. Later, I took the dogs for a walk — and for once, I didn’t sweat bullets! Then I did my virtual boot camp in them and appreciated not having to peel sweaty crops off once I was done.

But then the real game-changer happened: One day, I needed to get milk for my kids’ breakfast after my early morning workout. I didn’t have time to shower and change before my work calls began. So I slapped on my mask, headed to Target, hit the dairy aisle, and smiled to myself at the check-out counter: I’d survived the trip out in public in shorts, and it simply wasn’t that big a deal. Literally no one cared about the fact that I was in shorts but me.

That night, I purchased another pair, and then found some more on clearance a few weeks later. I even branched out to a non-workout pair, which then became two. I’m happy to report, the sky did not fall! In fact, shorts have become my staple this summer. Heck, I even posted a picture of my husband and me (in shorts!) on Father’s Day. This is something I never would have done a year ago. But Covid-19 has really changed how I think about a lot of things right now, and some things just aren’t worth losing sleep over.

Of course, I recognize how silly this may sound to most people — people of all shapes and sizes wear shorts and don’t give it a second thought. On the surface, this is so not a big deal and it is a great definition of a #firstworldproblem. And that’s the point: This is a non-issue in the fact of the actual, serious challenges facing the world today.

But here’s the thing: In addition to the pandemic, we are all fighting our own battles. Given my history, this was a huge personal milestone and a giant step towards acceptance — not of the body I want, but of the body I have. That acceptance frees up my ability to put my energy towards the things that actually matter: justice for Breonna, for one. Helping turn Texas blue in every way I possibly can, for another. And raising kids who fight for equality and social justice. I’m in these fights for the long haul — and I’ll be doing them comfortably while wearing shorts.