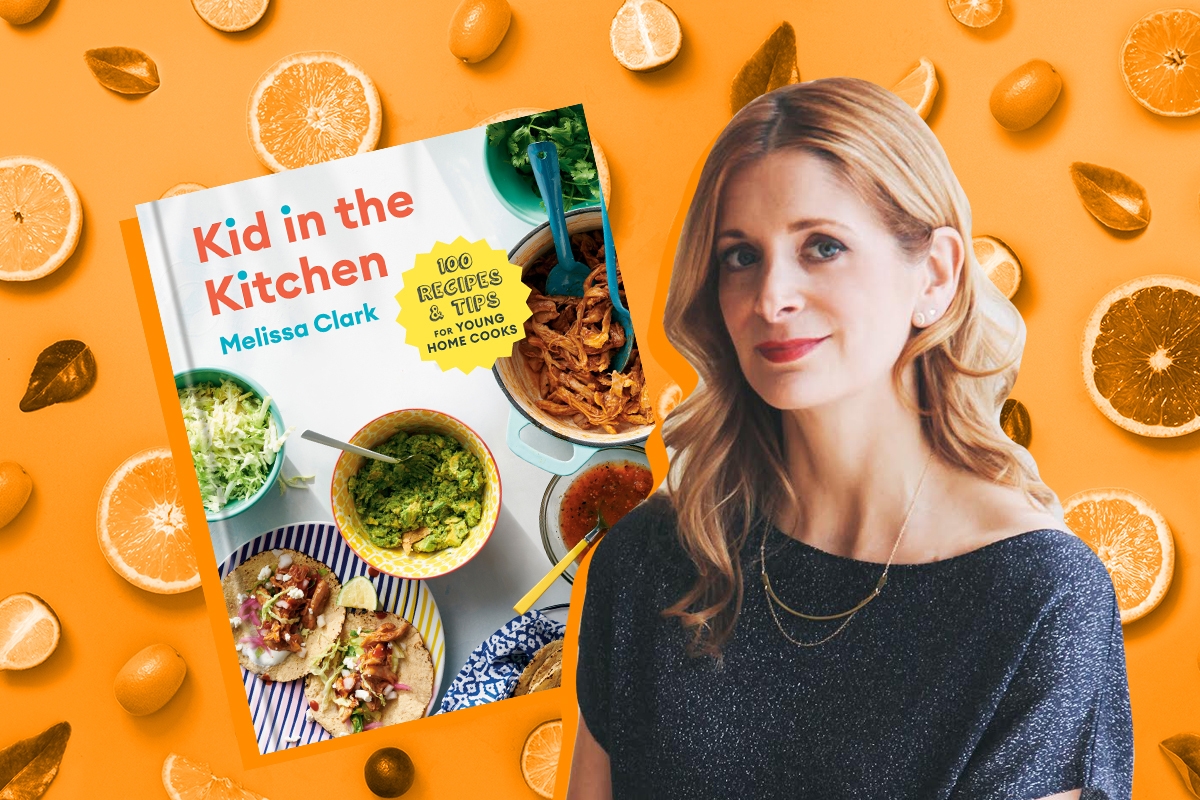 When I was raising my children, I did my best to give them the skills I thought they needed. They learned to read and write, and I made sure they knew how to swim and ride a bike.

In one arena, however, I was an abject failure: My kids never learned to cook, at least while they were still living at home. If they were hungry after school or the pool or the park, they were stuck. They had to wait for me; I was in charge of food.

I know I’m not alone in making this mistake. And, fortunately, with her latest cookbook, New York Times food writer Melissa Clark tries to right that widespread wrong. With her newest cookbook, Kid in the Kitchen — written with her husband and co-author, Daniel Gercke — Clark sets her culinary gaze on an often-underserved population: tweens aged 8 to 14.

The cookbook is designed to help adolescents feel comfortable working independently in the kitchen, and she includes 100 recipes that will lure them into wanting to be there. Almost every recipe is accompanied by “tips and tweaks,” like how to crack an egg or the best way to prep fresh ginger. While this is Clark’s 43rd cookbook — yes, really! — it’s her first for that age group.

Kveller recently spoke to Clark about how she came to write Kid in the Kitchen, her family’s favorite Jewish foods, what she hopes to pass on to her own kid in the kitchen, and her hack for the tastiest latkes ever.

Why a cookbook for kids?

My daughter, Dahlia, is about to turn 12. About a year ago I noticed that her friends were interested in food and cooking. I looked at what was available for them. I saw books that skewed younger and were a little bit like, “careful don’t burn yourself.” There were also teen cookbooks. But there wasn’t that sweet spot for tweens. The tween years are really when kids can get in the kitchen and cook by themselves. Tweens understand that knives are sharp and fire is hot. I found that what Dahlia needed was to understand the basics of cooking and how to organize yourself in the kitchen.

The book helps them organize their space and the way to think about a recipe, and about cooking in general. Also — this is extremely important to me — the clean-up-as-you-go thing. That’s huge. That’s for the parents.

What role did your daughter play in this cookbook?

She consulted on all of the recipes. She read some of them through to be sure they made sense and tested them. Her friends also helped.

What are you hoping to transmit to her with this book?

When Dahlia has a question and the desire to cook something without me, I want this book to hold her hand and guide her.

I see that you included a challah recipe in this cookbook. Is challah something that you make regularly?

As soon as Dahlia could stand up on her own, her little hands were in challah. It was how she helped get ready for every holiday. Every Jewish holiday that we celebrate — except for Passover, obviously — has challah.

What is your family’s favorite Jewish holiday and Jewish recipe?

All of us have different answers. My husband, Daniel, really loves Passover.  Dahlia’s favorite Jewish food holiday is probably Rosh Hashanah; she loves apples, honey, challah, chicken soup, and roast chicken. She likes Hanukkah plenty, and Hanukkah comes with the presents, but she likes challah even more than latkes.

It’s Garlicky, Crumb-y Pasta. (Click here for the recipe!) Another one we do a lot is a toast dinner. My husband bakes bread; [we make] sardine toast; mashed chickpeas on toast, avocado toast from the cookbook. Dahlia loves that.

How has cooking with and for your daughter changed over the years?

Cooking together is always a joy. It changes from when she was little, when she wanted all my help and wanted me to be right there. Now that she’s a tween, she wants me sort of there but with a little distance. Cooking is a manifestation of what is going on with her developmentally. It makes sense! Now I should be next to the kitchen. When she’s a teen she will want me out of the house when she cooks!

Any food cooking knowledge that you think all parents should pass on to their kids?

I think kids should learn how to make their favorite foods. To help them feel comfortable doing so, give your kids a tour of the kitchen and show them where all the stuff is. And make sure they have basic skills, like how to hold a knife, turn the stove on, and clean up. Then you have done your duty. Let them get in there, make a mess and clean it up. Let them be creative. Don’t worry if they are going to take sugar and butter and food coloring and then put it on toast. I did it!  And I came out alright.

Has writing a cookbook for kids made you look at recipes differently?

This book is meant for tweens, but it’s an excellent book for any new cook. It tells you all the things you need to know. All the questions you probably haven’t said out loud. It’s not condescending. There are no chicken nugget recipes in here. I love eating every single recipe in this book.

Do you have a philosophy of food and child rearing?

Everything I thought I’d do I didn’t. Just listen to your kid. I have to try to not be as controlling as I want to be, and just realize that her likes and dislikes are all her own and it’s OK. I never ever want to force her to eat things she doesn’t like. I make her try things, but I don’t make her finish things. I respect her choices, within limits — she can’t have brownies for dinner.

You’ve said Dahlia loves your latkes. Do you have any latke-making tips?

Squeeze, squeeze, squeeze. I like my latke super crispy. Squeeze the potatoes, and don’t add anything else to the potatoes until right before you fry them. Once you salt them and add flour or potato starch and onion, it’s going to start leaking out. If that happens, squeeze them again. I use a slotted spoon when I fry my latke. I want the potato to be almost like shards when I fry them. I grate them coarse. I’ve never heard of a creamy latke being better than a crispy one.

What is the role that food plays in your family?

Dinnertime for us is really important. For years, we didn’t all sit at the same table and eat dinner together. During the first 10 years of her life, Dahlia ate dinner before us. But we were all together. While she was eating dinner, I was cooking dinner, and Daniel was with us. That dinner time — however your family does it — should be an oasis in your day. I call making dinner the weekend that comes at the end of every day. It’s my happy place. We put on music that we love. We spend time together. We’re all happy. Try to make that experience nice. I look forward to it every single day.

This interview has been edited for clarity and continuity.