For Persian Jews, Passover Isn’t the Only Major Spring Holiday 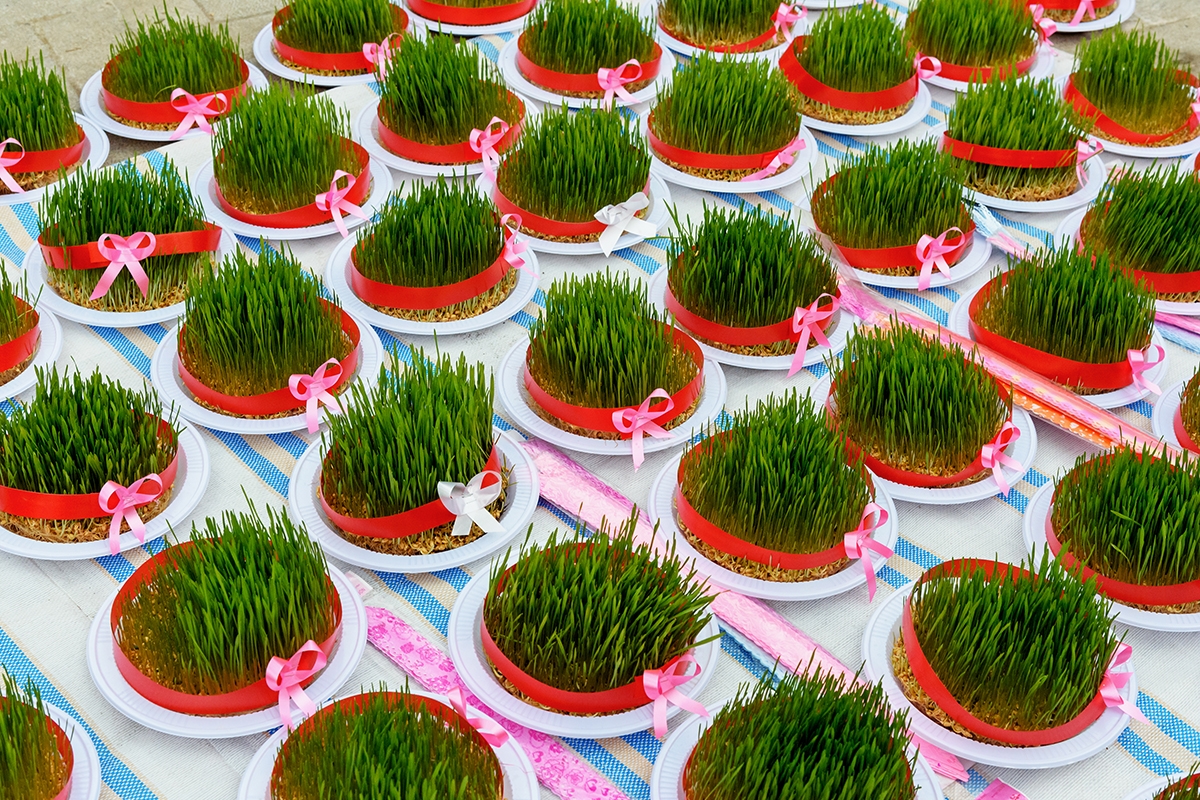 My first day in the United States was in December of 1990. I was 13 when we arrived in New York. Until that day I had been living in Shiraz, a city in the south of Iran that’s known for its mild climate, its grapes and its wine, as well as its citizen’s love of poetry, art, and music.

I was overwhelmed by the sights and sounds of everything novel around me — buildings larger than I had ever seen, exotic fashions, and stores filled with touristy trinkets. Plus, my first taste of New York pizza and Coke was one that I’ll cherish forever. I will always remember the very first time that I stood on the observation deck on the roof of Twin Towers, overlooking the amazing city that I would call home for many years to come.

More than 30 years later, those images are still fresh in my mind, along with those first feelings of culture shock. I remember being surprised by the diversity of the city, and how people from all different walks of life lived, worked, and interacted with one another in what seemed like a beautiful symphony. I was also surprised how my name, Aylin (pronounced Eileen) was an enigma for people to pronounce. But one of the things that surprised me the most was when I was told that the country would be in full celebration mode come the end of December — as December 31, New Year’s Eve, would kick off the beginning of the new year.

This felt very odd to me, to say the least. You see, in Iran — as well as in some parts of Turkey, Syria, and Iraq — the new year begins on the first day of spring. It is in fact Iran’s largest and most festive holiday, known as Nowruz (pronounced “no-rooz”). This holiday has ancient Iranian and Zoroastrian origins and is celebrated on the first day of spring, which is on or about March 21.

Iranians all over the world take this event quite seriously, taking time to measure the exact moment the sun crosses the celestial equator and equalizes night and day. (This year, Nowruz begins at exactly 5:28:27 AM on Saturday, March 20, ET.) When I was growing up in Iran, everyone would be sure to stay up for the moment “spring entered the house,” as we called it —  and that’s regardless of when nature decided spring would make her grand entrance. I have memories of being up until 1 in the morning, or falling asleep and my mother shaking me awake just a bit before 3, in order to not miss the auspicious moment. Much like midnight on New Year’s Eve, when the moment arrives, an eruption of cheers, music, and laughter emanates from every home; friends and family hug and kiss one another and wish their loved ones a happy and blessed year ahead.

Starting two weeks prior to Nowruz, every house was filled with excitement and joy — and, similar to pre-Passover cleaning and the traditional hunt for hametz (leavened products), the frenzy housework that ensued gave a whole new meaning to “spring cleaning.” Carpets were taken out to the terrace to be beaten and aired out; every nook and cranny was cleaned from top to bottom; closets were organized and reorganized; and windows were cleaned with newfound vigor.

Children were taken to the store to purchase new shoes and clothes, and plans were made for picnics and meals with dear ones. My mother filled our pantry with chickpea cookies and rosewater infused cookies. The house truly began to smell fresh, with the roses starting to bloom and the jasmine bushes seemingly and suddenly blossoming overnight. There was a gift for each of the senses, and one truly felt the coming of the spring in the air

The cleaning and the new clothes were just a fraction of what we had to look forward to. In every household, a special table called haft-seen was set up, the focal point of the Nowruz celebration. (Haft means “seven” and “seen” refers to the letter s). The beautiful decorated table would be filled with the following seven symbolic foods that began with the Persian letter “s”:

seeb (apples) — a symbol of health and beauty

senjed (dried oleaster berries) — a symbol of wisdom and rebirth

somaq (sumac) – a symbol of sunrise

serkeh (vinegar) – a symbol of age and patience

seer (garlic) – symbolizing the cleansing of body and environment

Other items families put on the table include able are decorated eggs —  a sign of fertility — as well as a mirror, which symbolizes reflection. Many also add a goldfish to the tablescape, which represents life.

Although Nowruz is not a Jewish holiday, it always coincides with Judaism’s spring holidays — namely Purim and Passover — and, of course, the Passover preparation would get intermingled with Nowruz cleaning. In Persian Jewish circles, many families place a holy book on their haft-seen table and in our family, we always had a siddur, a Jewish prayer book, and a tehillim, the book of Psalms, to remind us that, although we participated in a holiday in a foreign land, we were Jewish first and foremost.

Even though Nowruz is not widely celebrated here in the United States, it remains a tradition for Iranians all over the world. In my home, my children are always excited to help prepare for the haft-seen table; in the weeks leading up to the holiday, they help grow sprouts from lentils, and we love watching them grow for the two weeks prior to the holiday. The lovely green sprouts are a significant part of the haft-seen table, representing renews and the growth of the plants and natures with the changing of the weather. We always purchase a gold fish for our table, and each of my three children enjoy coloring an egg.

For me, Nowruz is a way to start fresh and let go of the year that has been. The holiday, as well as the fresh scent of crisp, spring air, adds another dimension to my excitement over welcoming Passover. This year, as we enter yet another year with the deadly virus hanging over our head — and, of course, experience a second round of Passover seders that are anything but “business as usual” —  this chance for a renewal and is something that we can all use. There is beauty all around us, and the holiday of Nowruz is a reminder that one can appreciate it all if we simply take the time to do so.