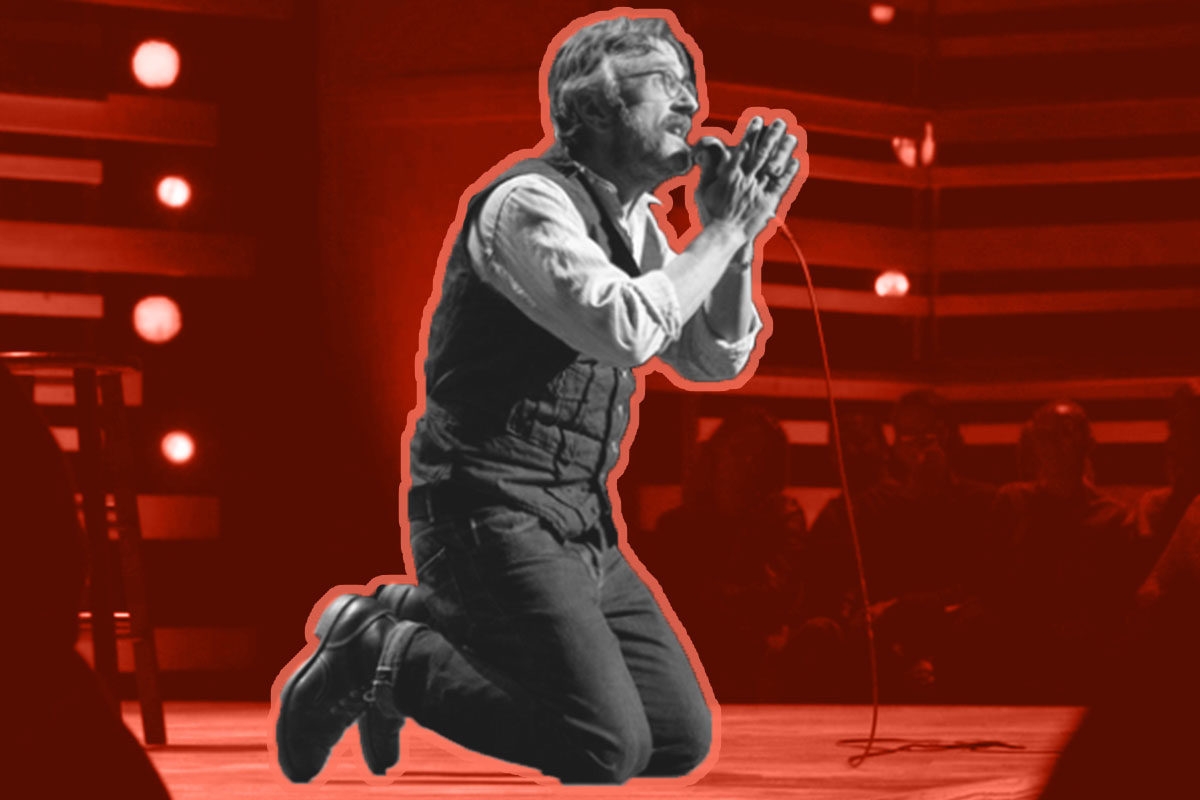 “Watch this series!” everyone advises on social media.

“Read these books!” others exhort.

As a work-from-home mom whose preschooler’s distance-learning schedule from her Jewish school requires constant supervision — exactly why are they still teaching about Passover every day if we can barely have a seder?! — my main response to all these recommendations is, when? When do people have time to commit to a series, a novel, an online language course? I may be home all the time now, but I feel like I’m busier than ever.

One night, after my daughter was asleep and I finished panic cooking, panic cleaning, and panic eating, I found that I actually had a moment to watch some TV. After doing my usual half-hour of preview watching on Netflix, I stumbled upon one title that was perfect for a pandemic.

End Times Fun, Marc Maron’s Netflix special, is so prescient and so timely, it’s amazing the comedian wrote it way before coronavirus began (like even before it began in China).

“I don’t know what’s happening, people, I don’t know, but it’s pretty clear the world is ending,” says Maron, who also hosts the super-popular podcast WTF with Marc Maron, in which he interviews everyone from from Jon Bon Jovi to Barack Obama, with  more than six million downloads a month. “I don’t want to shock anybody. I thought we’d make it under the wire. I thought I would, you know I’m 56, I think we might see it.”

During this coronavirus lockdown and isolation, many people are watching panic films like Contagion and Outbreak. Personally, I don’t want to see movies right now of people dying of a scary disease with the government unable to help — I can turn on the news for that, thank you. And while I like good escapism as much as the next person (Grey’s Anatomy, anyone?), I’m finding that people talking about what is going on right now in a humorous-but-panicked way is oddly comforting. (Sometimes, to decompress, I like to watch old clips of Lewis Black — another agitated Jewish comedian — rage against the machine. I wonder what he’d have to say now.)

With an unhappy Purim just behind us and a lonely Passover looming on the horizon, Maron is a great salve for Jewish parents trying to do it all with our kids underfoot: working, cleaning, helping them home school or, conversely, stay off YouTube. Sometimes you just want a smart Jewish boy like Maron to put our chaotic feelings into words.

Sitting on a high stool, wearing a brown vest over a white button-down shirt and jeans, Maron starts off his set by taking on the anti-vaxxers (“Jury’s out on vaccines? How many friends you have with polio, lot of polio people in the family with iron lungs?”), personal trainers (“The guy who wanted to do something else with his life”), and President Trump (“Trump is probably the most horrible human ever living in any capacity doing anything … like if he was working on a car lot, and you went onto that lot to buy a new car and he came walking towards you, innately you would be like, ‘Nah, not that guy, I don’t feel comfortable with that guy, there’s something off…’”)

The comedy special is also deeply Jewish, and he talks about his Jewish identity throughout the special. “Look, I’m a Jew, you know, for whatever that means…,” he says. “I don’t know if I was ever taught to use God, how to use God. We’re told he was there but most of what you learn as a middle-class American Jew is that you’re better than other people, and you should say you’re a Jew out loud occasionally, sometimes out of context. Like, those are the basic rules.”

“And we are better than other people,” he adds. “I’m sorry, I know that’s why we’re so contemptible to some of you. But yeah, that’s true.”

Though he describes himself in the set as a “godless Jew,” Maron has made a pretty dramatic shift when it comes to embracing his Jewish identity in his comedy. On his 2016 two-hour podcast with fellow Jewish comedian Sacha Baron Cohen, Maron said, “There was a period where I separated myself from my Jewish identity. I refused to talk about being a Jew on stage because you wouldn’t necessarily know I was a Jew immediately, and I got very annoyed with the stereotype of the Jew, and I didn’t want to fall into that. Now I’m a little less worried about it. Like if I’m going to become an old Jew of some sort, I’ll take it.”

In End Times Fun, Maron jokes that in times of panic he has a tendency to prophesize. Not that he prophesized this particular pandemic. “The title really was just a way to frame the work I’ve been doing over the last couple of years,” Maron told NPR. “I’m full of dread and a certain amount of anxiety … certainly around the environment [and] the world of politics.”

In his set, his prediction of end times is an environmental disaster: “Oh my god, what would it take? Something terrible,” he says. “That’s what brings people together. Nothing good… Occasionally a concert outdoors… but that never really goes anywhere.”

After the apocalypse happens, he imagines the reactions from a host of people, including Sean Hannity’s followers (“Don’t believe the libtard spin on this…burning sky is good for America!”), complacent liberals (“It’s not on me, man. I brought my [own] bags!”), and anti-Semites (“Jews set the sky on fire, yeah, of course they did. I knew it would get to that”).

He says the reason he talks about being Jewish so much is that “I know that there’s few people in the room that no matter how progressive you may think you are, that are going, like, ‘We get it: you’re a Jew.’” He thinks that many people, “given the option,” are in fact, anti-Semites.

“I’m not saying they’re walking around saying “F- the Jews, they’re terrible,’ but it doesn’t take much baiting,” he explains. “Like, ‘Hey you know, like, the Jews kind of suck,’ ‘Yeah, you’re right, F- ‘em.’… I think I’m trying to find it in you so you see it in yourself.”

As I sat watching End Times Fun, here in the outbreak’s epicenter in New York City, some of Maron’s concerns —  about plastic straws, men in the #MeToo era, the California fires — seem a bit insignificant, and even make me feel positively nostalgic for those olden days a few weeks ago,  when my biggest concerns were the upcoming election and what to do for Passover.

And yet, if these are to be my penultimate nights, I’m glad to pend them with Maron, this wry, anxious, Jewish guy who has somehow predicted that end times were coming. If this is, indeed, the end, at least I’ll be laughing.