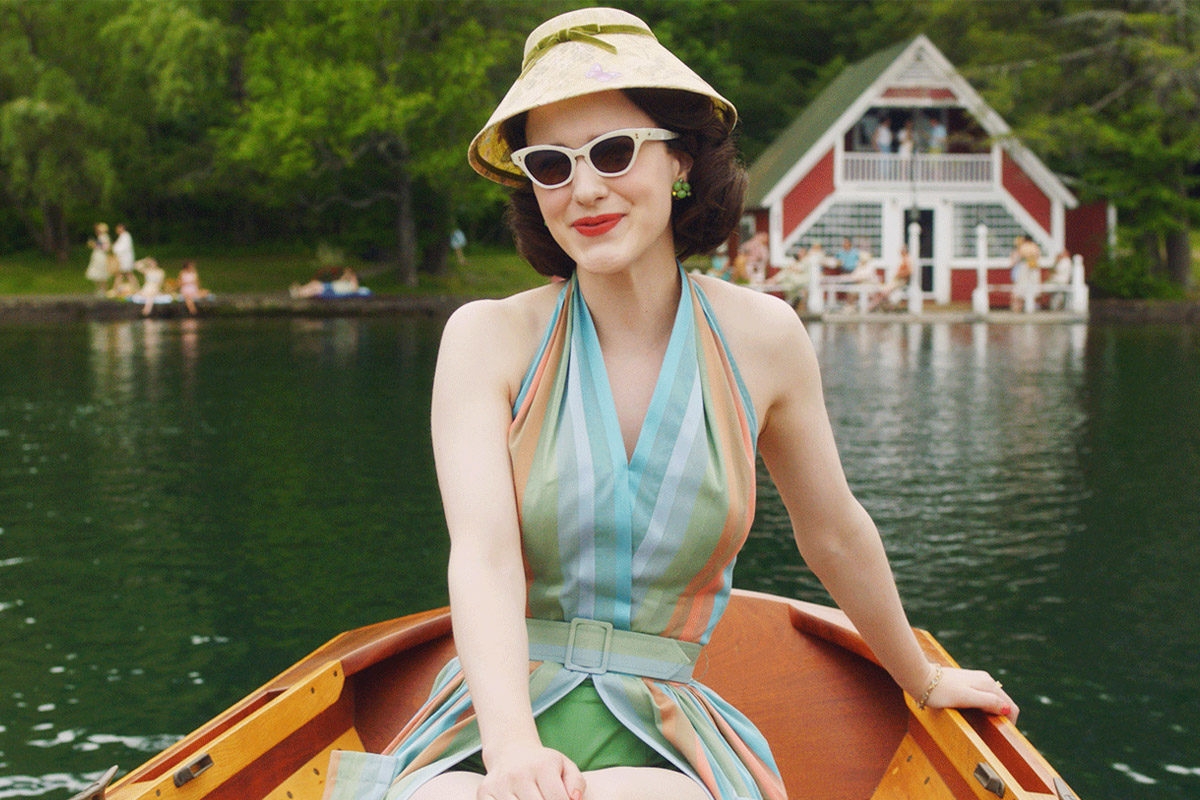 Here at Kveller, we adore The Marvelous Mrs. Maisel. And guess what? So does the Television Academy, the organization in charge of the annual Emmy Awards. For the 2019 awards, Maisel received 20 — yes, 20!! — nominations.

That’s second only to — you guessed it — Game of Thrones, which leads the pack with a whopping 32 nominations.

Last year, Maisel was nominated for 14 Emmys and won eight. This year, Rachel Brosnahan got another nom for her role as the titular Midge Maisel — same with Alex Borstein, who plays Susie. Marian Hinkle and Tony Shalhoub scored noms for their roles as Rose and Abe Weissman, respectively, and Luke Kirby, who plays Jewish comedian Lenny Bruce, received a nod for outstanding guest actor! Other nominees for outstanding guest: Rufus Sewell as Declan Howell and Jane Lynch as Sophie Lennon. That’s seven acting nominations.

The show, as a whole, got nominations for best comedy series and outstanding casting. (Now we’re up to nine!)

The rest of the nominations focused on specific episodes, particularly the Catskills episode. (Which we loved.) Maisel was nominated for “We’re Going To The Catskills” for outstanding period costumes, production design, music, editing, hairstyling, make-up, and directing. (Seven nominations for the Catskills! We’re now at 16, in case you’re counting.) And add another directing nod for the episode “All Alone,” a sound nod for “Vote For Kennedy, Vote For Kennedy,” and cinematography and editing for “Simone,” and that makes 20!

Shall we take a look back on our coverage of The Marvelous Mrs. Maisel? First things first: remember when the show released a special Maxwell House Haggadah? And didn’t tell Borstein, who plays Susie, about it?!

We also wrote about how season two started with an iconic Barbra Streisand song and how the Hebrew prayer ‘Mi Sheberach’ had a major moment. We covered all the best Jewish references in the second season, from kiddush cups to Hanukkah to mohels. We kvelled over the Catskills episodes. (Which, seriously, were so good.) We also wrote about how Brosnahan defended criticism of Midge’s parenting. And we even interviewed the rabbi on the show, who is actually a rabbi in real life.

Missing Maisel? Have no fear: the show was already renewed for season three, which started filming a few months ago.

The awards ceremony will be held on September 22, 2019, and we can’t wait. Mazel tov to the entire Maisel cast and crew!