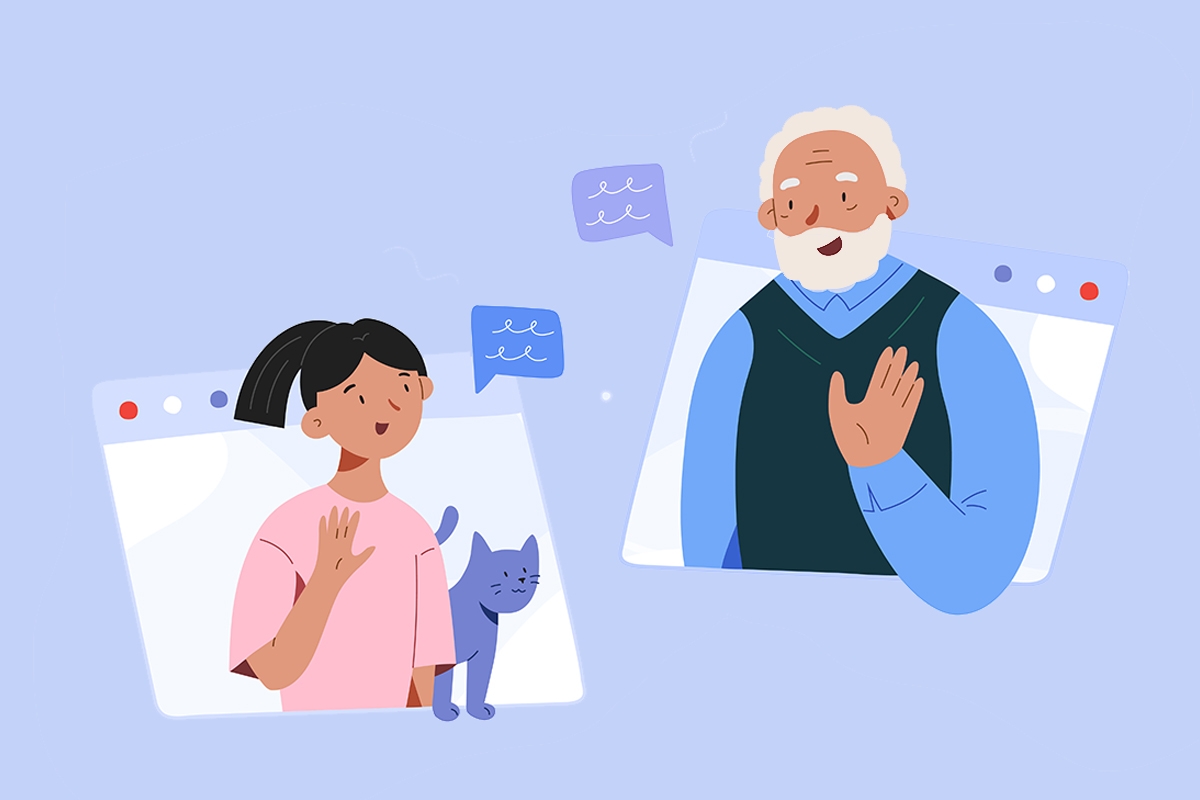 I’m a mother of five kids — ages 9, 7 and 5, plus 1-year-old twins — and I have a full-time job. In other words, I’m busy! And yet, I’ve been spending an increasing amount of time on the social media platform Clubhouse, which is a new, invite-only social network that allows people to connect in audio chat rooms.

I joined in the first days of 2021 because I produce content for various digital platforms, under the auspices of the Israel Philharmonic, and I wanted to immerse myself in the newest audio portal to better understand how we can use it for performances. But, before I knew it, I started spending an average of eight hours a day on the app, listening to it like talk radio. I had Clubhouse playing in my ears while I was returning emails, cooking, driving, and doing other banal daily tasks. I didn’t expect to become hooked — but, well, here I am.

You may have already heard about Clubhouse because it’s gotten some bad press — rightfully so — regarding antisemitism that’s prevalent in some Clubhouse rooms. The truth is, in many ways, Clubhouse is real life — and, sadly, that means the presence of antisemitism is no exception.

But over the past few months, I’ve also had dozens of conversations in rooms about basic and important Jewish ideas, Middle East politics, and Israeli life, with both Jews and non-Jews alike. In rooms like “Hummus Thursdays” — which I host with Israeli actress and producer Noa Tishby and media personality Shanni Suissa — we talk about historical antisemitism, how Jews have been persecuted throughout history for a multiplicity of reasons, and which of those reasons are unfortunately still alive today. We talk about Zionism, and how the state of Israel provides a safe haven for Jews worldwide.

However, my most moving Jewish interactions on Clubhouse have been with Holocaust survivors. My friend Adam Swig, through his organization Value Culture, along with Rami Matan Even-Esh (who is known professionally as Kosha Dillz), brought the first survivor, Sami Steigmann, onto Clubhouse, on International Holocaust Remembrance Day in January. Over the course of 18 hours, thousands of people trickled into the conversation, many coming to the “stage” — the speaking section of a given Clubhouse room — and telling their own family’s Holocaust experiences.

I never thought I’d find myself engaging in profound, intimate discussions with complete strangers over a mobile app in the same way I might with a lifelong friend. And yet, I was completely immersed in this virtual conversation that centered on others’ harrowing personal stories. It was then where I realized what Clubhouse could truly be a social conduit between generations around the globe — one that doesn’t simply teach history but brings it alive.

Learning the true significance of “Never Again” isn’t something you immediately understand after reading a textbook account of the Holocaust. It’s a raw, iterative experience that comes from first- and second-hand interactions with real survivors and those who carry their stories in their hearts, as Shoah Foundation research has shown again and again.

Our children (and equally important, their peers) will only be able to understand the full weight of the Jewish people’s near-annihilation during the Holocaust through the stories of those who experienced the camps, or their close family members who are immersed in their history. This is critical to the Jewish future.

As a result of all my time on Clubhouse, I realized that while I am a proud Jew with a strong Jewish identity — which may be enough for me, today — my kids are facing an uphill battle. I’ve begun to absorb the scary notion that soon we will have no survivors left in the Jewish community, and that the same time, we are faced with a nerve-racking proliferation of Holocaust denial. It’s ironic that in an era of unparalleled identity acceptance, many Jewish moms like myself are worried about the social climate our Jewish children will inherit as they come of age.

And yet, at the same time, I am thankful and amazed that there is a platform like Clubhouse for people to engage in open and uninhibited dialogue, to divulge immensely personal stories with those who need to hear them.

Yom HaShoah — which begins on the evening of April 7 — is about remembrance. But it is also about giving the next generation a sense of responsibility and Jewish pride to live full and beautiful Jewish lives today. This Yom HaShoah, let’s take a moment to recommit to being bold, speaking out, and not letting others define who we are allowed to be. There is no better gift we can give the next generation than Jewish pride, and that starts with knowing where we have come from and where we are going. We must cling to that pride like our life depends on it, because it does.