Why Kamala’s Jewish Nickname Means So Much to Me 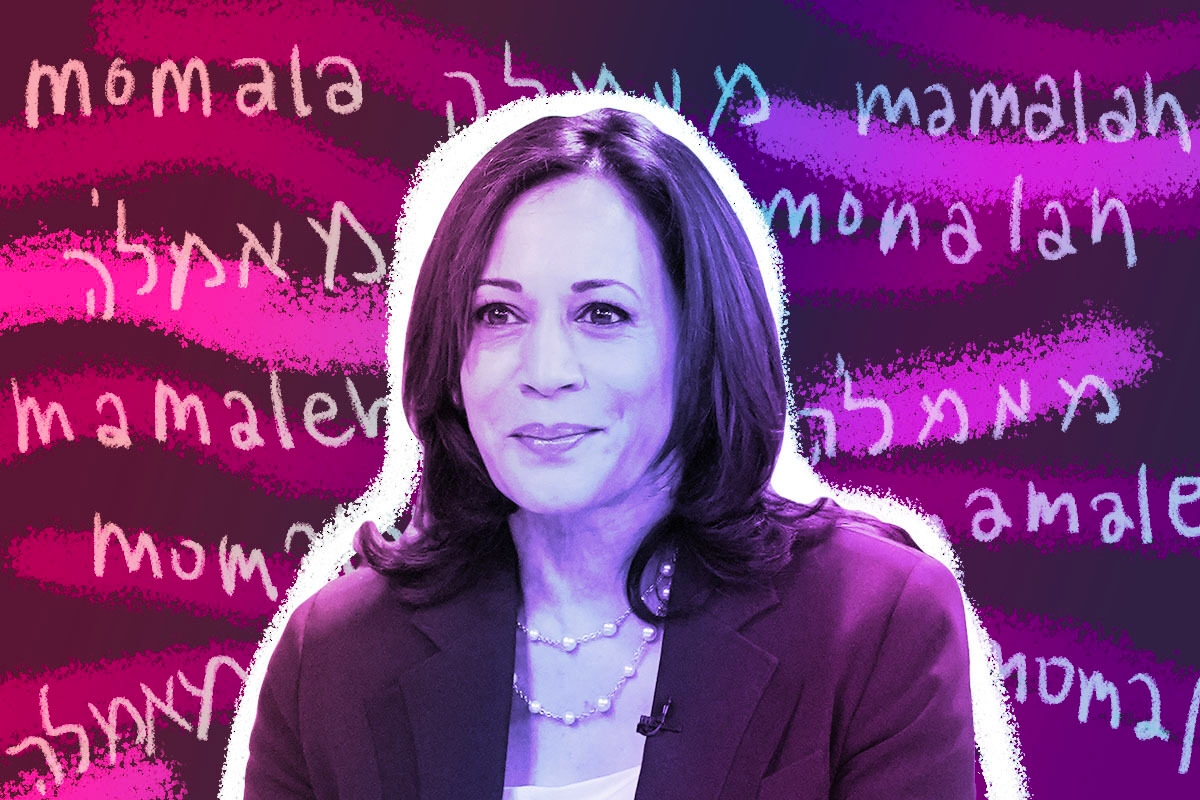 Like so many other cultures, modern Jews take names seriously — very seriously. For much of Jewish history, most Jews used a patronymic system, naming children after their father, such as “Isaac ben Abraham,” or Isaac son of Abraham. Habsburg Emperor Joseph II largely upended this system when he ordered Jews to take last names for tax purposes in the late 18th century.

Here in the U.S., many Jews have different names that are used in different scenarios. These names are often infused with layers of meaning. There’s the name you have on your birth certificate — if you’re an Ashkenazi Jew, there’s a good chance you’re named after a long-deceased relative, or at least you share the same first letter as your ancestor. Same goes for your middle name. Sephardic Jews, by contrast, often name their children after beloved relatives, regardless of whether they are deceased or not.

Then there are our Hebrew names, which we typically use in our synagogues and Hebrew schools.

As for me, I am Stacy Nicole to the world. In synagogue, I am known as Sarah Naomi. These names honor my great-grandmother, Szerena, and my grandfather, Nathan, both of whom died years before I was born. They are syllables indelibly etched into the pattern of my life.

But like so many other Jews, I have another name. It’s not an official moniker but it’s equally embedded in my childhood and in my psyche: Staceleh.

I became Staceleh whenever I visited my grandmother at her beachfront apartment in the Rockaways. I might have been named Stacy in honor of her mother-in-law, but calling me Staceleh was how my Grandma Ida marked me as her own. She always referred to me as Stacleleh as she made her homemade chicken soup; that’s how she called out to me as I watched the ocean waves rolling across the boardwalk from her high terrace.

Grandma Ida was born in the U.S., though her parents were from Minsk. She spoke fluent English. But, like her legendary soup, she added unexpected yet soothing bits to the standard broth. The Yiddish cadences and syntaxes of her youth, raised by immigrants, never left her life; they became part of my own as she stroked my hair and admired its red highlights hidden among the waves of chestnut.

So many cultures have affectionate diminutives for their children and others they love. In Italian there’s “ino” and “ello;” Spanish has “ita” and “ito.” Russians have their “ushkas.” Ashkenazi Jews have the “elah” — graft those letters on the end of your given name and you’re no longer just a regular person, you’re an adored child.

My mom called me Stacy or Stace or, once in a while, mamaleh — a Yiddish term of endearment meaning “little mama.” When she called me mamaleh, she gave me the chance to participate in the secret language she shared with my grandmother. (Yes, my mom spoke Yiddish, too.) Mamaleh was my mom’s gentle reminder of a world I thought outdated and not quite fit for our shiny, modern country. I knew a handful of Yiddish words, but that was it. To me, Yiddish was for my grandmother’s generation and not for America.

And so, instead of Yiddish, I learned Hebrew. Hebrew was the language of my Long Island yeshiva, where I had a scholarship. To master the rolling rhythm of our morning prayers was like learning a perfect jackknife dive; getting my mouth around a breathy “ch” sound had the same feeling of pushing my hands into the water and triumphantly coming up for air. I read the Torah in school and proudly took my place at Passover seders to recite most of the haggadah to delighted relatives.

For my mom and grandmother, however, Yiddish was the language of a Jewish home. And while my mom was born in the U.S. in the middle of World War II, she was raised in my great-grandmother’s home — so Yiddish was her native language, too. For my Grandma Ida, my mother was the first mamaleh, and I was the second. The two of us were her cherished Jewish children.

When we had a Jewish naming ceremony for my eldest daughter nearly 18 years ago, we decided to name her Serena, after my great-grandmother (and my namesake, too), Szerena. I am told that Szerena, like my Grandma Ida, spoke Yiddish, alongside Hungarian, English, and a smattering of Hebrew.

My Serena used to call me “mommy” as a small child, though we graduated to the single-syllable “mom” quite some time ago. Still, once in a while, as I stroke her own copper curls, I find myself calling her mamaleh and remembering how my grandmother did the same.

My Serena knows her blessings and psalms in Hebrew and she knows a smattering of Yiddish, too. She read The Joys of Yinglish by Leo Rosten and cackled for weeks. My mom died a few years ago, but in my mind I still hear her voice crooning Yiddish songs. Looking back, I wish she had formally taught me the language. I mourn this small loss and imagine taking it up when I get just a little older. I’d like to enter her world again.

But then, seemingly out of nowhere, the door to the lost word of my mom and grandmother cracked open again recently, thanks to Joe Biden’s selection of Kamala Harris as his running mate. As you likely know by now, Harris’ Jewish husband, Douglas Emhoff, has two children from a previous marriage — and these kids, Cole and Ella, call their stepmother “momala,” which is an amalgam of “mom” and “Kamala.”

Just hearing that word on Harris’ lips brought back a flood of memories. When I hear the word mamaleh — or momala, however you may spell it — I am once again a little girl slurping bowls of soup while petting my grandmother’s cat. I am the small child hearing my grandma fondly call her own daughter mamaleh while looking at the two of us together with so much love you could feel it ten feet away.

For Harris and her stepchildren, as it is for so many of us, this term of endearment is our way of welcoming her into our corner of the world. I know my mom and my grandma would have loved to see how the Emhoff kids celebrated Harris in a language they knew so well.

And when my eldest daughter first heard Harris’s nickname, she grinned from ear to ear. After all, she, too, was once an elah: as a small child held and adored in my mom’s arms, she was called Serenalah, and to this day, I sneak in a loving mamaleh whenever I can. We are all generations bound together by a single world — and the hope for a broader, lovelier America.