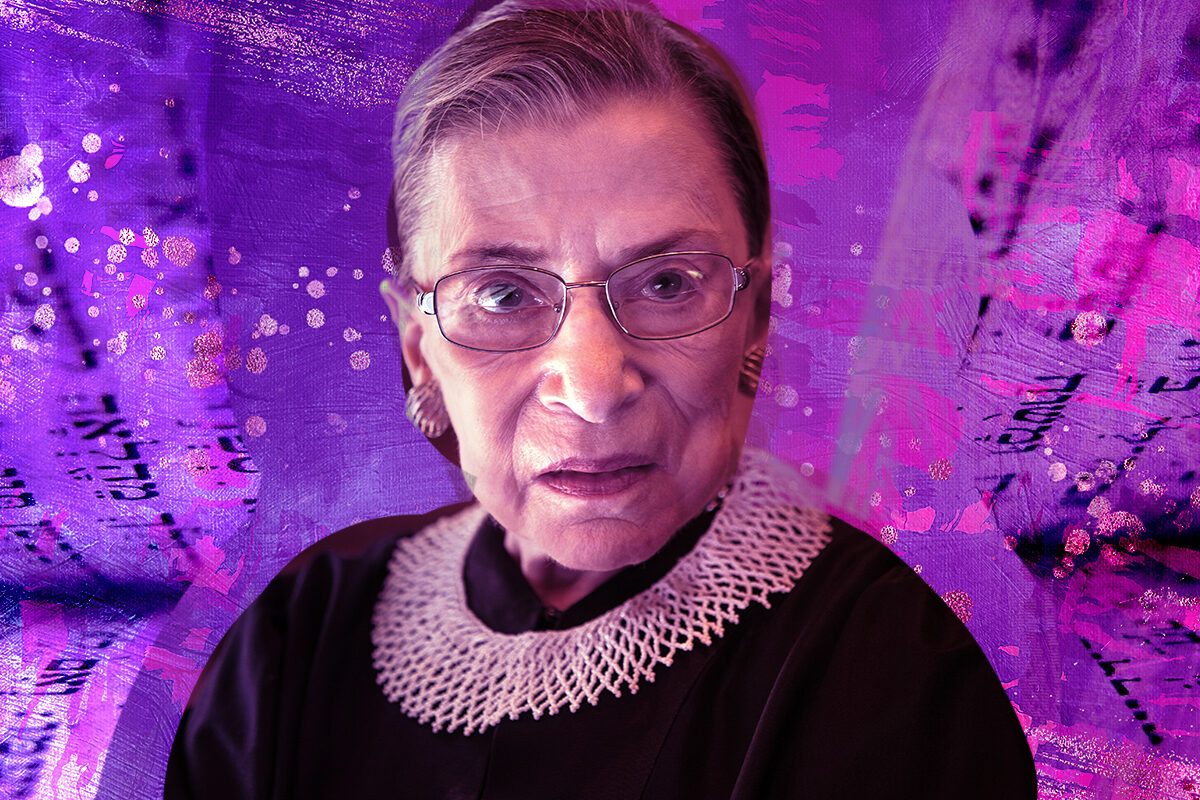 The death of Supreme Court Justice Ruth Bader Ginsburg brings communal grief to not only the Jewish community, but to America at large. The loss, as Kveller’s Lior Zaltzman wrote, is “incalculable and staggering.”

So many of us looked up to RBG as a role model of how a Jewish woman could fight for what she believed in and truly make a change. Ginsburg remained a beacon of hope for progressive causes during a regressive Trump administration, and losing her at this crucial time is all the more devastating.

Yes, we are grieving. But we must also continue to honor RBG’s legacy with our actions. One beautiful way to honor the life and accomplishments of this modern Jewish hero is by naming your child after her. We compiled a variety of names that honor RBG as well as her most noble qualities. See our list of names inspired by the Justice below.

Celia: Celia is the name of Ginsburg’s mother, who passed away from cancer right before RBG graduated high school. Ginsburg was not allowed to say Kaddish for her mother, as Rabbi Sari Laufer noted during our community Kaddish for the Justice on Tuesday. The name Celia also comes from a Latin word for “heaven.” Honor RBG’s roots by honoring her beloved mother.

Cherut: The name Cherut means “freedom” in Hebrew, honoring the freedoms that RBG helped women to obtain. Among them are the right for women to obtain a mortgage without a man, to be employed while pregnant, and to demand equal pay.

Esther: Ginsburg, of course,  was known for her dissenting opinions. Purim heroine Esther also dissented — by telling King Achashverosh that she was Jewish. Plus, in the popular recent miniseries, Unorthodox, the protagonist Esty, or Esther, also dissents from her ultra-Orthadox community by pursuing an independent life in Germany.

Leah: Leah is part of the second half of RBG’s Hebrew name, Yita Ruchel bat Tzirel Leah. Leah translates to “delicate,” which may be how RBG’s might appear, given her slight frame. But from her lifelong workout routine and staunch commitment to standing up to fellow judges, we know both her body and spirit were quite the opposite.

Leya: Sounding a lot like the end of RBG’s Hebrew name, Leah, Leya is a Ladino name that comes from the root of the Spanish word, ley, meaning “law.”

Rachel: Rachel is a riff on a part of RBG’s Hebrew name. While Rachel translates to “ewe,” the biblical figure of Rachel was Jacob’s wife. Choosing this name would honor a matriarch of Judaism as well as a matriarch of modern American social change.

Ruth: First and foremost, choosing the name Ruth most directly honors the late Supreme Court Justice. The biblical figure of Ruth was the first convert to Judaism. In Hebrew, the name Ruth means “friendship” — and we know RBG was a friend to women, the LGBT community, and many marginalized communities.

Ruti: A Hebrew twist on Ruth’s first name would be Ruti, which also means “friendship.”

Din: The Hebrew name Din can be translated to “law or judgment,” another perfect way to honor RBG’s lawmaking legacy.

Leon: Leon Goldfarb was the plaintiff in 1976 Supreme Court case Califano vs. Goldfarb. Ginsburg was Goldfarb’s chief lawyer, and on his behalf, she helped attain rights to survivor’s social security benefits for widowers as well as widows. This case is an example of how gender equality benefits men and women.

Martin: Martin is not necessarily a Jewish name, but it is the name of RBG’s late husband, who passed away from cancer in 2010. As seen in the RBG biopic On the Basis of Sex, Marty was RBG’s greatest supporter and a true partner to the Supreme Court Justice.

Moses: One of the most well-known characters of the bible, Moses was one of the first Jewish advocates on record, imploring Pharaoh to “let my people go” when the Israelites were slaves in Egypt. He also led the Israelites through 40 years of wandering in the desert. Given RBG’s advocacy and leadership, one could say that many of her qualities mirror that of Moses.

Tzadok: As the viral tweet by Ruth Franklin (another Ruth!) asserts, some believe that  a person who dies on Rosh Hashanah is a Tzaddik, or a person of “great righteousness.” Whether or not this is deemed true by all Jewish standards (and let’s face it, what is?), Tzadok means “righteous,” and this is a quality that RBG undoubtedly possessed.