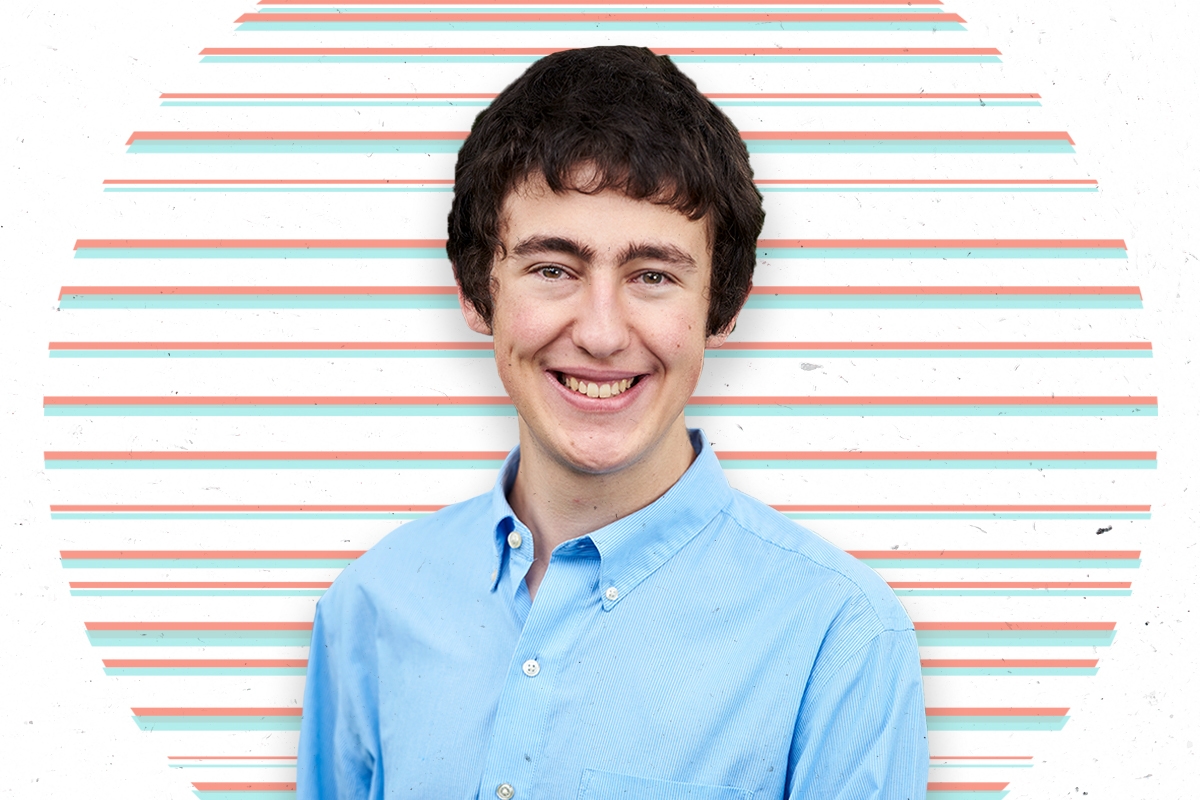 Anti-smoking campaigns have shifted the public opinion about smoking cigarettes in recent years — huzzah! However, at the same time, the rising popularity of vaping is spiking nicotine addiction rates in young people. E-cigarettes, despite being “smokeless,” can cause “long-term harm to brain development and respiratory health” according to the US Department of Health and Human services.

Abe Baker-Butler, 18, is no stranger to the dangers of smoking and nicotine addictions. He had lost multiple family members to smoking-related illnesses, and, when he began high school, he became concerned as many of his peers began experimenting with vaping.

Baker-Butler knew that he could not stand idly by while his classmates began taking these life-threatening risks. And so, he channeled his concern into action, founding Students Against Nicotine (SAN).  The goal of the non-profit organization, is, according to its web site, “to create a nicotine-free youth population through education, networking, community outreach, and legislative action and advocacy.” Baker-Butler’s contributions to nicotine prevention earned him recognition as one of this year’s Diller Teen Tikkun Olam Award recipients.

Since its founding in January 2018, SAN has brought anti-vaping education to thousands of teens in New York State, through webinars, rallies, conferences, and peer-to-peer education. Baker-Butler, who is from Rye Brook, New York, took the lead in helping pass two important pieces of legislation in his state: The Tobacco 21 legislation, which raised the age for legal purchase of tobacco products from 18 to 21 years old, as well as the statewide ban of flavored e-cigarette products, which went into effect in May of this year.

Via email, I chatted with Baker-Butler — who is currently taking a gap year before attending Yale University —  to learn more about his inspiring work with SAN, how his Jewish values inform his advocacy, and his plans for the future.

What inspired you to start SAN?

From a young age, I heard stories of my aunt, Beverly, and cousins, Lester and Liesel, who died from smoking-induced illnesses like COPD and emphysema. While I was quite disturbed by tobacco’s horrific effects, I was comforted by the knowledge that my peers and I would never pick up combustible cigarettes — we recognized them as disgusting deathtraps.

Yet, as high school began, I saw my friends become entangled in the embrace of youth-friendly, addictive, nicotine-laden e-cigarettes. I was shocked as I watched them become victims of a national epidemic, and I wanted to prevent the same downward spiral for others. I saw the potential for student-led advocacy, and co-founded a nonprofit to address this growing need, long before most adults were taking action.

Why do you think vaping is so popular among teens?

Deceptive marketing coupled with a lack of prevention education, addiction, and peer pressure.

Why did you decide on a peer-led approach to anti-vaping education?

I decided on a peer-led approach to anti-vaping education because I saw that I, as a young person, had a unique voice, perspective, and insight on the vaping epidemic that adults did not.

How did your peers first respond to your idea? Were people receptive from the beginning?

The most daunting challenges I have confronted are peer pressure and apathy. Usually, it isn’t those who oppose my efforts — it’s my peers who privately agree with me (and tell me so!), yet refuse to say so publicly, for fear of social ostracism. They pose the greatest challenge. In response, I recruit more student advocates and amplify supportive peer voices to overcome entrenched beliefs about what is “cool.” We’ve made significant progress on this.

What is one of your proudest moments in your work with SAN?

My proudest moment in my work with SAN was helping to pass the #NoVapeNY Act which banned flavored e-cigarettes and banned the sale of e-cigarettes in pharmacies in NYS State.

How do your Jewish values motivate your social action?

Five summers at Eden Village Camp — a kindness-focused, pluralistic Jewish overnight camp centered around an organic farm — played an essential role in the development of my Jewish identity. By providing opportunities for reflection, discussion, praise, gratitude, and action based on intention, Eden shaped the way I conceptualize my purpose.

In high school, I ventured outside my school’s walls to use my action-based interpretation of Judaism to fill gaps I saw in my community with J-Teen Leadership, an organization which played a major role in my high school experience. My Jewish beliefs animate my actions and inspire me to address societal ills, through political, scientific, and educational pursuits.

Were you able to keep SAN going during the Covid-19 pandemic?

Yes! We have adapted our educational curriculum to the virtual space conducting webinars, vaping-themed trivia, Q&A’s and more.

What do you think anti-vaping advocacy will look like for you once you go to college?

I plan to continue my anti-vaping work, as it is made even more urgent by the connection between vaping and Covid-19 severity. Eventually, I plan to pass leadership of SAN to younger members of our Board of Directors to keep our work peer-led and peer-focused.

Do you have any new projects in mind for moving forward?

Yes! We’re collaborating with the NY Attorney General’s office, expanding SAN beyond New York to Texas and other states, and enriching our educational curriculum.

I also founded and lead FroshVote, a student-led nonpartisan organization that has over 1,500 swing state college freshmen vote where it matters most. We were recently featured on NBC’s “Stay Tuned with Gadi Schwartz” and The Today Show.

Unlike other voter engagement efforts, our model is unique because it embraces relational organizing on a national scale. FroshVote ambassadors use our carefully designed templates and follow-up schedule to effectively mobilize their former high school classmates attending colleges in swing states. We regularly encounter and correct misconceptions on the voting process that would otherwise leave students disenfranchised.

What else are you passionate about? What are your favorite hobbies or things to do?

I am a politically active pescatarian, an avocado-loving, sandcastle-building geographer, and a passionate Jewish jazz saxophonist. After school, you can usually find me contemplating and exercising as I walk my neighbor’s dog, Maxie. I’m also passionate about civic engagement and voting rights.

The Diller Teen Tikkun Olam Awards recognize 15 Jewish teens each year for their extraordinary community service work. Tikkun Olam, which means repairing the world, is exactly what these teens are doing - showing incredible innovation, creativity, and leadership in their communities and around the world. Kveller is proud to partner with the Diller Foundation to share their amazing stories.