This Mizrahi Feminist Hanukkah Tradition Is One We Should All Honor 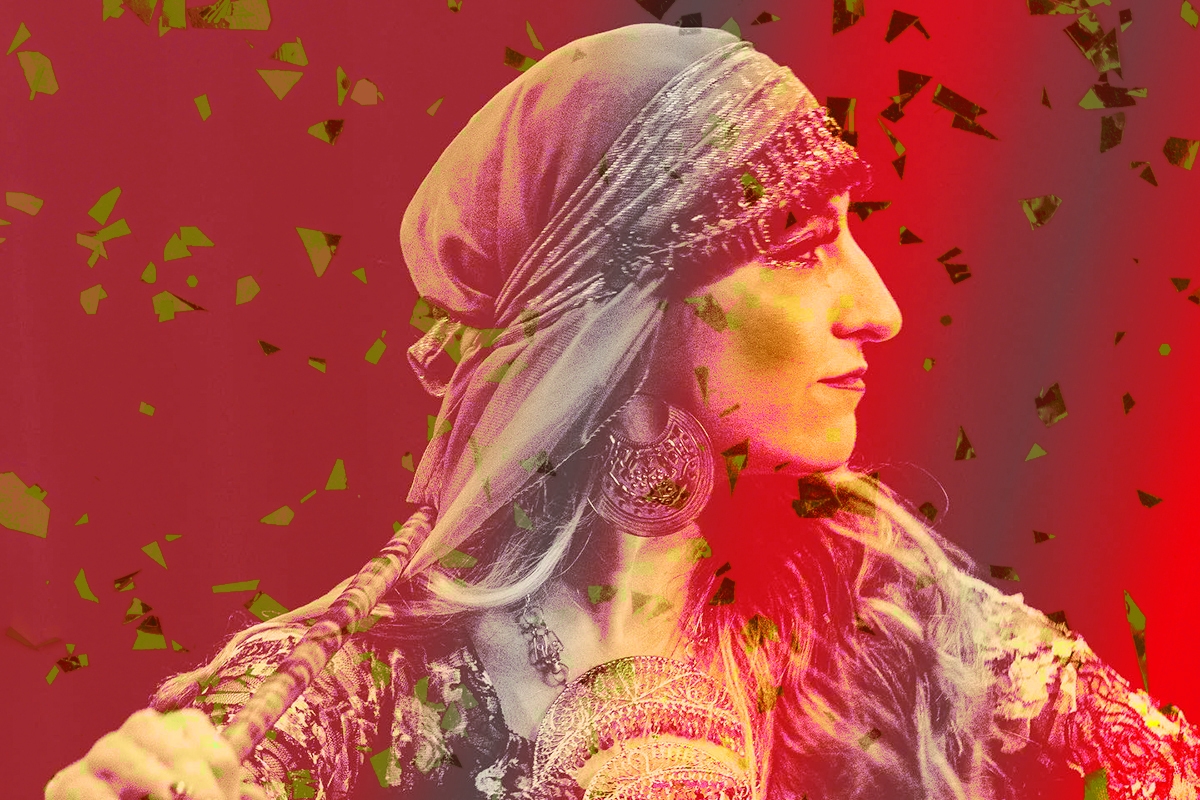 As a kid, I was always excited for Hanukkah. I loved the donuts, latkes, playing dreidel, and all the fun songs. But I also remember constantly comparing it to Christmas. Even growing up in New York City, which has a huge Jewish population, it was hard not to be drawn to the sparkling trees, the carols, and even the idea of Santa leaving gifts on Christmas Eve.

As I’ve grown older, however, I’ve developed a passion for my Judaism, our traditions, and, perhaps more than anything, my family’s Mizrahi background. These days, when it comes to celebrating Jewish holidays, I now look for meaning over anything else. Fortunately, Hanukkah has that — and so much more.

If you’re familiar with the story of Hanukkah, you probably think of the Maccabees — the small band of Jewish rebels who stood up to the powerful Syrian-Greek army, thus ensuring the Jews could safely continue to practice their religion. But have you heard of Judith — also known as Yehudit — the Jewish heroine who also saved her people? As the story in the apocryphal Book of Judith goes, she was a beautiful, clever woman who decapitated the Assyrian general Holofernes, thus preventing a siege of her hometown, Bethulia.

I had learned a bit about Judith in art history class — there are many Baroque and Renaissance depictions of her in action, the most famous being “Judith Beheading Holofernes” by Artemisia Gentileschi (1614–1620). But it wasn’t until I started researching Mizrahi culture that I realized that Judith’s story is connected to Hanukkah — and that there’s special Mizrahi Hanukkah tradition that honors Judith, as well as subsequent generations of strong Jewish women. It’s a holiday falls on the new moon of the Hebrew month of Tevet, which is the sixth or seventh night of Hanukkah, called Chag Habanot, the Festival of the Daughters.

Chag Habanot — which is also known as Eid Al-banat in Judeo-Arabic — honors the story of Judith, as well as the special relationships among Jewish women. During this holiday — which was celebrated in Tunisia, Morocco, Libya, and Algeria, among others — women would get together to sing, dance, bake sweet treats, and give gifts to one another. In some communities, women would visit the synagogue to kiss the Torah scrolls and be blessed by the rabbi. They would Jewish liturgical poems, known as piyyutim, and pray for the health and wellbeing of the women in their lives.

This custom early disappeared over the past two generations, as most Jews fled Arab countries across the Middle East and North Africa amid violent attacks. (According to the UK Parliament, in 1945, 856,000 Jews lived in the region; today, only about 4,500 remain.)

However, as communities in Israel and around the world are rediscovering this holiday, it’s starting to make a comeback.

When I first learned of this special holiday, I was instantly drawn to its focus on a sacred space for women. As a dancer — specifically, a raqs sharqi (belly dance) instructor and performer — I have always valued the special moments shared in women-only classes. It gave us the space to be more open, more real, and freely share life experiences and opinions among different generations. These dance classes connected us as women in a unique way that only we could understand.

I’ve been in the Middle Eastern dance world for a long time — growing up, I was surrounded by dance, from my Turkish BFF’s home to Bukharian weddings to my own family gatherings. Once I got to college, I started the first belly dance club at the University of Massachusetts Amherst, and it became my life’s passion ever since. It’s pushed me to examine my  family’s background as well as research the Mizrahi Jewish experience. The more I learned, the more I realized there are so many untold stories, so many lost traditions, and so much history that isn’t talked about enough in the Jewish world and beyond. This led me to create the Mizrachi Dance Archive, an online tool to learn about specific Jewish dances from Middle Eastern and North African countries, and to connect Mizrahi dancers who are currently teaching and performing all over the world. My hope is that these pieces of Mizrahi culture can live on for future generations.

All of this is why I’m so passionate about reviving traditions like Chag Habanot. It’s an important component of hundreds of years worth of Jewish customs and communities that deserve to be preserved and celebrated.

What’s more, Chag Habanot revives an ancient need for women’s spaces, and gives us all a moment to honor, to learn from, and appreciate the women in our lives. And, to be clear:  Anyone can celebrate Chag Habanot — you do not need to have or to be a daughter. It’s a time to honor any woman in your life.

Want to add Chag Habanot to your Hanukkah celebration? There are so many unique ways to incorporate this tradition into your holiday. Here are some of my favorites:

It’s customary to eat sweets on Chag Habanot! Try making some traditional Hanukkah sweets like the Moroccan sfenj, a simple but delicious doughnut. It’s also a feminist tradition to eat cheese; according to the Book of Judith, Judith fed Holofernes salty cheese, which made him thirsty. He then drank so much wine he passed out — thus enabling Judith to save her people.

You can learn a new Mizrahi dance move — YouTube makes this very easy! Maybe some Moroccan chaabi or an Algerian shimmy!

Sing the blessing “Mi Shebeirach,” a prayer for healing that includes the line, “May the One who blessed our Mothers bless us.” This prayer of healing is a good fit for the holiday, since it’s customary to pray for the health of women in your life. Here is a video of the iconic Debbie Friedman version, sung by Rabbi Ahuva Zaches.

If you’re looking for a fun virtual event that brings the spirit of the tradition, check out Chag Habanot: A North African Hanukkah Celebration of Women by JIMENA (Jews Indigenous to the Middle East and North Africa) and the Mizrachi Dance Archive. This event will feature the world renowned Israeli singer Lala Tamar who will be streaming a Hanukkah concert from Morocco accompanied by local female musicians. I will also be leading a celebratory dance to Moroccan Jewish music. You can stream the event on Facebook here.