It’s Time for All Jews to Celebrate Mizrahi Jewish Heritage 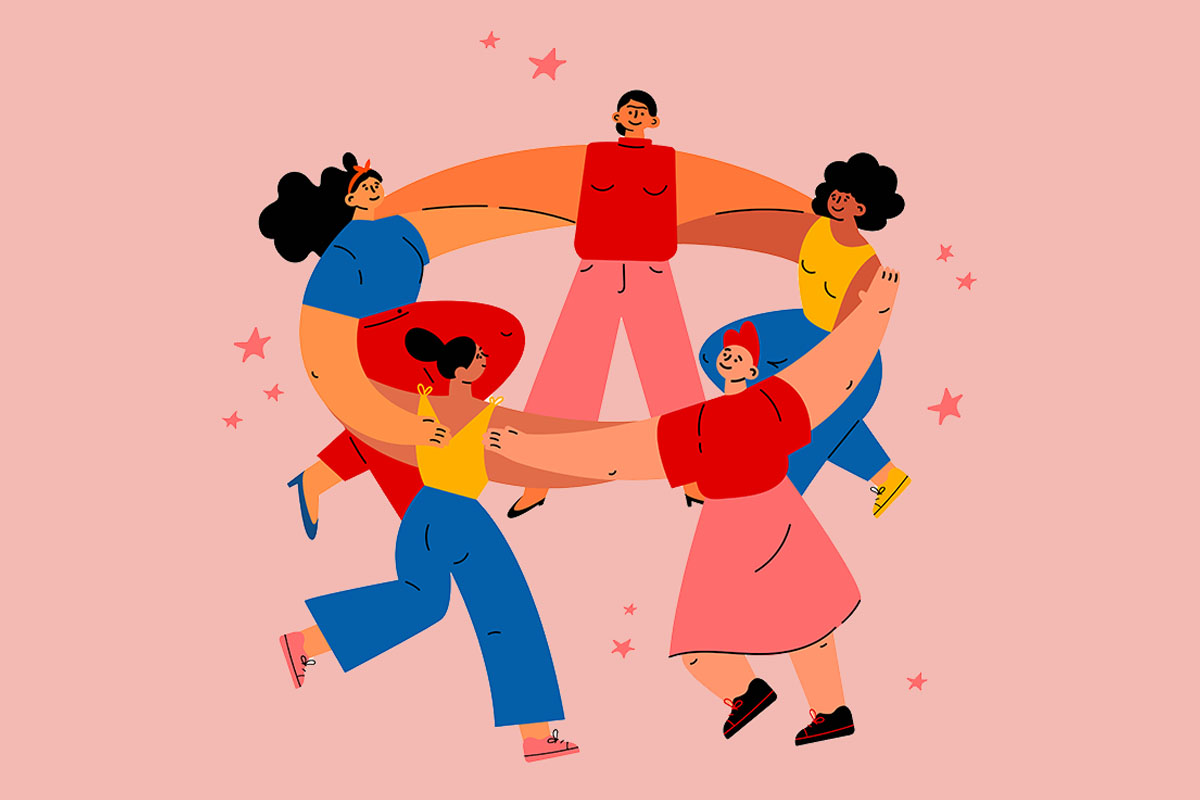 I recently had a rude awakening: Without realizing it, my heritage has been renamed. I have been placed in a new box. A new category.

When most people in the United States think about Jewish people or traditions, they tend to think about Ashkenazi Jews — it’s estimated that some 90% of American Jews are Ashkenazi. That shared history is a common thread that manifests itself in American Jewish culture in everything from the tunes sung on Shabbat to the sweet flavors found in dishes like kugel and brisket.

As a Jewish person born in Iran, my family and I simply considered ourselves Persian Jews. It wasn’t until we came to the United States, in 1990, that the distinction was made between us and our European counterparts. In the first (Ashkenazi) synagogue that my family and I attended in Staten Island, the rabbi warmly greeted us and announced to the congregants that there was now a Sephardic family in their midst.

So it was this way that my family and I — like so many other Persian Jews we knew — came to consider ourselves Sephardic.

Traditionally, Sephardim are Jews whose descendants left Spain during the Spanish Inquisition. Many of these Jews established communities in Amsterdam, Greece, Italy, and elsewhere. When my family was dubbed Sephardic, something felt amiss, but I accepted what I was told. After all, in my Persian community, we prayed with a Sephardic siddur and followed the tradition of Rambam, who was born in Spain. So if being Sephardic was good enough for my family and friends, it was good enough for me. Plus, I told myself what mattered most to my Jewish identity was my family’s history in, and escape from, Iran.

Amazingly, it wasn’t until a few months ago that I discovered I am not a Sephardic Jew. It was a revelation that surprised me to the core. It turns out that Jews who originated from North Africa and the Middle East are known as Mizrahi Jews, a term I had never heard before.

Thinking about the commonality of my family’s experience and other Jewish families from the Middle East, however, I found this new label — in the context of this shared history — undeniable, deeply profound, and fulfilling. In fact, being told I was Mizrahi was confirming a feeling I had long had: I had been told I belonged in a certain group, but my family’s story never quite fit the narrative.

Mizrahi Jews have a long history in the Middle East, a heritage as diverse and as complicated as the cultures they are a part of. Mizrahi Jews are those who come from Yemen, Morocco, Iraq, and Iran. Why did this “new” label feel so significant? Perhaps the greater Jewish community was finally realizing that we, as Persian Jews, and Jews from Arab countries, have an origin that’s part and parcel of the lands that we were forced to leave. It was amazing to finally feel seen.

So, I began to think about these identities and distinctions quite a bit. What did it really mean to be Mizrahi, anyway? Was it about kinship among the Jewish communities from these Arab countries? After all, the Middle East is a very different place than Europe —  it is known for its delicious cuisine and fragrant spices; the music across the land is lively and spirited; and the hugs are as generous as the food is abundant.

Living in a country in which the majority of the Jewish population is of European descent, I had already felt different and little out of my league. So, what does this new layer of identity mean for me and my children? Well, increasingly, we’re finding it something to celebrate.

Unbeknownst to me, in 2015, November was established as Mizrahi Heritage Month, in order to educate the wider Jewish community about the unique culture and history of Mizrahi Jews. Jewish schools and groups are commemorating the month with lectures, classes on events that allow people to immerse themselves in Mizrahi traditions.

To know that Jews of the Middle East have a growing platform in this country is ever so empowering. My daughter, who is a sophomore at a Jewish day school, was asked to speak to a group of teens about the commonalities and differences among the Mizrahim, Sephardim, and Ashkenazim. And, let it be known, there are many similarities among these groups: We all celebrate Shabbat with our families, for example, and food is the common shared thread for all Jews, no matter their walk of life.

But there are differences, too. The tunes sung in the synagogues, for example, are different: Ashkenazi hymns tend to have an upbeat feel, while Sephardic and Mizrahi melodies are often imbued with melancholy; a nod to our recent, hard past. Generally speaking, I’ve found that Ashkenazim tend to look at each individual tree in the forest, while the Mizrahi community tends to give more weight to the whole forest, the whole picture; the idea of the collective being more important than the individual.

As part of her assignment, my daughter dug deeper into our Mizrahi heritage — researching similarities between the food, costumes, and languages of Middle Eastern Jews. As she did, her sense of belonging to something bigger began to show. “I feel more connected to my Jewish heritage, my parents’ experience, in a way that my Ashkenazi friends always had,” she wrote about the project.

It was as though something that had been missing for her suddenly came into focus: Finally she, too, was part of a collective experience. As a “new” Mizrahi Jew, she finally has a shared backstory with thousands of others. A story that is worth sharing and retelling over and over again.

Is it a difficult backstory? Yes. Like Ashkenazi Jews and the Holocaust, something that unites Mizrahi Jews is that we, in recent decades, escaped our home countries due to persecution dealt out by governments in Middle Eastern and North African countries. But I find this increasing interest in our history and traditions extremely exciting. Not just for Mizrahi Jews like me and my family, but for the entire global Jewish community.