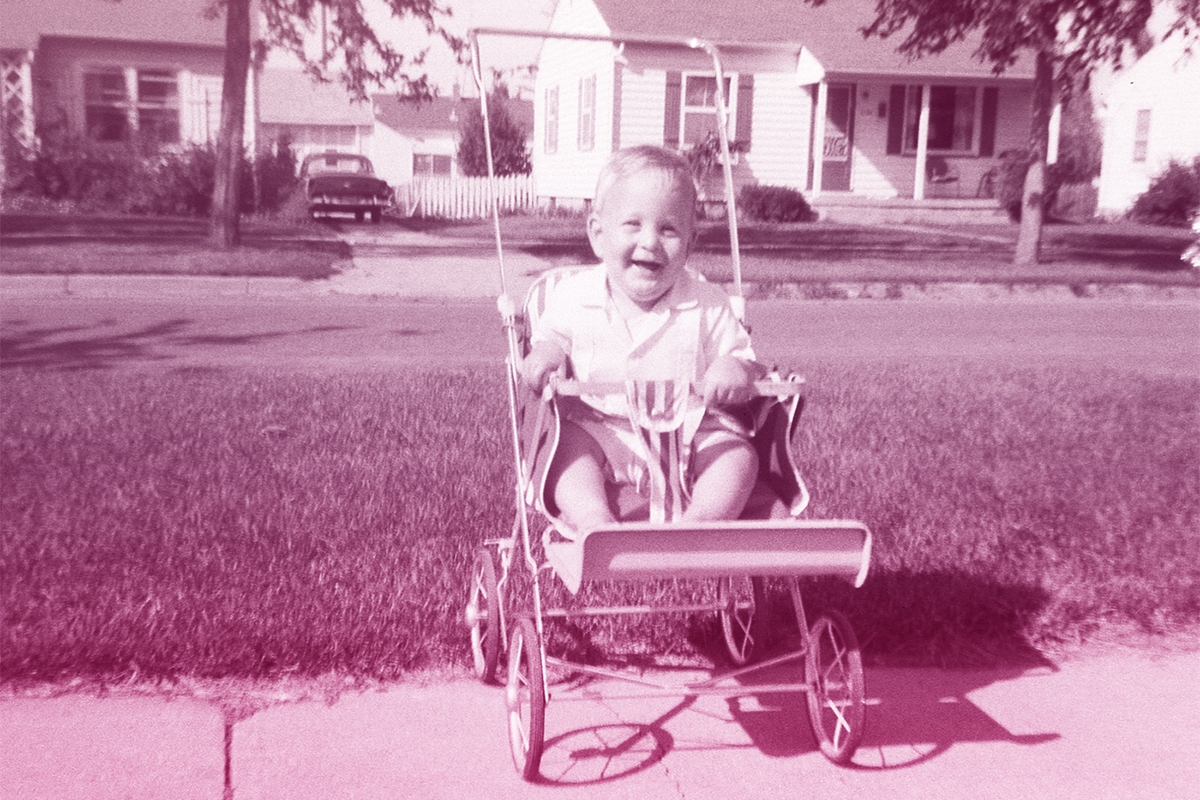 The 1950s was the decade of Grace Kelly films, I Love Lucy, and the suburbs.

While the 1950s have been long associated with prosperity and familial harmony, most of us know today that this version of the American dream has long been viewed through rose-colored glasses. These picket-fence dreams were not readily available to People of Color and the LGTBQ community, and much of era’s ideals relied upon the tireless and uncompensated work of women, who had few options outside the home.

Still, the ‘50s hold some nostalgia for all of us — including those of us who were born decades later. After all, the course of American society was shaped by the modernist shift of the 1950s, and many American Jews remember it fondly as an era filled with sock hops, Elvis Presley, and root beer floats.

To commemorate this instrumental decade full of memorable pop culture, we gathered some of the most popular American Jewish names from the 1950s according to the Social Security Administration website. Check out our favorites, below, and if you don’t find what you’re looking for, peruse our Jewish Baby Name Finder!

Barbara — As the sixth most popular name of the 1950s, Barbara means “stranger, foreigner” in Greek and was commonly used in Jewish families. Jewish icon (and bubbe!) Barbra Streisand grew up in this decade, eventually gaining stardom in roles like Fanny Brice in Funny Girl (1964).

Beth — Beth is a common nickname for Elizabeth, a Hebrew name meaning “God is my oath.” This name could honor Elizabeth Taylor, who converted to Judaism during one of her seven marriages. (It could also honor the main character of The Queens Gambit, who is not Jewish — though several aspects of this Netflix hit are inspired by Jews!)

Betty — Betty, another common nickname for Elizabeth, was the name of Jewish feminist icon Betty Friedan, the iconic author of The Feminine Mystique. Though her pioneering book was published in 1963, Friedan began her research in the 1950s at reunion with her Smith classmates, when she discovered that most of her colleagues were also dissatisfied with the limited lives of suburban housewives.

Deborah — Meaning “bee” in Hebrew, Deborah was the fifth most popular name for girls in the 1950s. In the Hebrew bible, Deborah was a Judge of Israel. This name was bestowed upon many important Debbies born in this decade, from my beloved childhood babysitter to Reform Jewish music icon Debbie Friedman, born in 1951.

Eva — Eva is a Jewish name honoring Eve, the first woman from the biblical creation story. The Hebrew version of this name is Chava.

Judith — With Hebrew origins meaning “praised,” Judith was the 34th most popular name for American girls in the 1950s. Of course, iconic Wizard of Oz actress Judy Garland was at the height of her career in this decade, winning the academy award for best actress in A Star is Born 1954.

Ruth — Ruth means “friendship” in Hebrew and it honors the biblical character, Ruth, who was the first person to convert to Judaism in the bible. During the 1950s, Supreme Court Justice Ruth Bader Ginsburg also began law school at Harvard as one of the only women in her class — paving the way for other women lawyers as well as her advocacy-filled law career.

Dana — One of the most popular names for boys in the 1950s, Dana means “to judge” in Hebrew. It’s a classic name that works for everyone! See: The global success of singer Dana Internationale, who won the Eurovision song contest for Israel in 1998, the first ever transgender person to do so.

Lee — Meaning “to me” in Hebrew, the name Lee was extremely popular for boys in the 1950s.

Alan — This name, which I’d classify as a “cool Jewish grandpa” name, was the 45th most popular name for boys in the 1950s. Alan means “handsome” in Celtic languages, and famous Jewish Alans include Alan King, an “unabashed exemplar of Jewish comedy” who rose to prominence in the ‘50s with his appearances on The Tonight Show and The Ed Sullivan Show.

Daniel — Daniel is a name with Hebrew origins meaning “God is my judge.” It was the 19th most popular name for boys this decade, practically ensuring there will be a Dan, Danny, or Daniel in every Sunday School class for generations to come.

David — David is a biblical name that honors the second king of Israel. Coming in at the fifth most popular for boys, this name was also one of the top 10 names in the 1940s and the 1960s. A classic if there ever was one!

Jonathan — This English version of the Hebrew name Yehonatan means “God has given” in Hebrew, and is the name of the son of King Saul who became friends with King David in the Bible.

Joseph — Joseph is a Hebrew name that means “increase.” Along with signifying the biblical character Joseph, who was one of the sons of Jacob and a leader of the Israelites in Egypt, Joseph was the 13th most popular baby name for boys in the 1950s.

Leonard — This name comes from English, Latin, and Germanic roots, coming to mean “lion-hearted.” Pop legend and “Hallelujah” singer Leonard Cohen began his influential career in the 1950s, coming out with his first book of poems in 1956 called Let Us Compare Mythologies.

Marc — Marc is a Hebrew name that means “bright, shining.” It is also the name of Jewish artist Marc Chagall, whose paintings became even more popular in the U.S. during the  post-war years, including a large exhibit at the Museum of Modern Art.