My Jewish Mom Left Us to Join a Cult. Here's How We Reconciled. – Kveller
Skip to Content Skip to Footer

My Jewish Mom Left Us to Join a Cult. Here’s How We Reconciled. 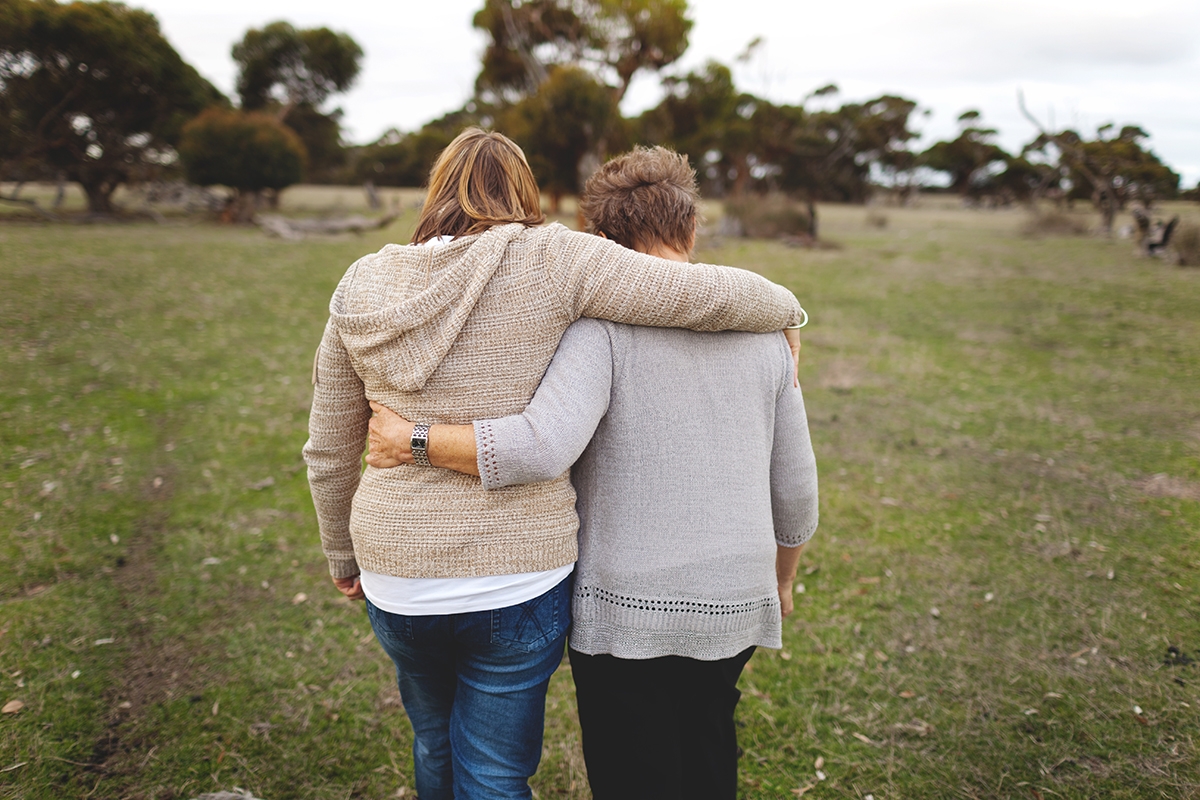 Whenever people used to hear my family’s story, they expressed surprise that I still had a relationship with my mother. They could understand, they’d sometimes say, how I might never want to speak with her again.

She and my father married after they made aliyah (moved to Israel) and settled on Kibbutz Lahav in Be’er Sheva. I’d spent my first four years there, a sabra with fluent Hebrew, but we returned to the States where my parents’ marriage fell apart. First, I lived with my father, and then my mother, but neither one of them was particularly good at parenting without the support of a large community. He soon moved away and, about a year after he left, she decided she needed to go, too. She left my sister and me twice when we were growing up so she could follow a guru — first when I was 6 and again when I was 12.

After she dropped us with our father that second time and my family was officially in free fall, I assumed the health of my relationship with my mother was up to me. Like lots of children with inattentive parents, I decided that had I been different or better she might have stayed. So, I decided to make myself more lovable: I planned my schedule around her calls, I tried to be entertaining when we spoke, and I always wrote encouraging messages in the birthday and Mother’s Day cards I sent to her.

On the envelopes were different addresses because she seemed to move every year, but inside the gist of the notes I wrote didn’t change: “You’re a special lady!” and “You can do it, Mom!” and “I believe in you!” I’m not sure what it was I thought she was supposed to be accomplishing — being content to stay in one place? Feeling good enough about herself to be my mother again? In my first year at university, I even sent her a copy of the book “Oh The Places You’ll Go” inscribed with my best wishes for her future success.

After college, the first therapist I consistently saw told me that I must be angry at my mother. That, really, there couldn’t be any way I wasn’t. I sat there in her mauve-colored office, searching my body for signs of this anger, for any feeling in my chest that this was true for me. But I couldn’t find it. I told her I was grateful I had a relationship with my mother at all and I didn’t want to waste time being bitter.

I think it’s probably also true that I couldn’t allow myself any emotion that had the potential to drive the two of us further apart. Our connection was already so tenuous.

However, as soon as my kids were born and my husband and I moved to Seattle — a few minutes from my mother, in fact — I did find that anger. I became agitated when I saw her reading bedtime stories to my daughter, cuddling my son like it was instinctive for her, or cooking dinner for my family on Shabbat. It was painful to watch her in especially tender moments with my children, moments that I had never experienced. I resented her for allowing my kids to see her as maternal when I couldn’t recall her that way with me. In a perverse twist, I was even jealous of my kids for getting to have her around when I didn’t. And I simmered that she never addressed how strange it was, her being present for their childhood and not mine.

Maybe I could tell that my mother was done running — she’d had the same address for five consecutive years — and that’s what tempted me to push her. I began to dissect her, pointed out where she lacked, caught her in weak moments the way lots of daughters do, with the luxury of familiarity, without having to worry she’d leave. One night, when she walked away from a conversation about my childhood that was getting heated, I yelled after her as she grabbed her purse and slipped out the front door. “Of course, you’re leaving,” I shouted into the night. “That’s what you do best!”

We were decades overdue for this behavior that I could never have afforded as a teenager or young adult, when I still wasn’t able to risk angering her. I must have decided that what I missed out on as a child gave me permission to treat her this way. I continued to approach her with this edge, this bitterness that I could justify for years.

But then, something shifted. Our relationship changed.

It began with my mother sitting with me and having the long-overdue conversations about what happened between us. With me being brave enough to listen without the armor I’d had on since I was little; with her answering my questions and being strong enough to hear what I had to say, even when it was difficult. And she stayed. This is what I’d wanted from her for as long as I’ve been her daughter: for her to let me know nothing I could do would make her leave.

Over the years we’ve talked more and more about my childhood and have even been able to laugh about some of the harder times we had together.

These days my mother is the one who writes the encouraging messages in the cards she gives me. She tells me how proud she is of who I am; how much my kids love me. She says I’m more open. I think she might be, too.

We’re closer than we’ve ever been.

I know how we live now can’t change the things that happened to our family, and I would never ever go back to my childhood. But I don’t need to punish her or keep a part of myself away anymore to love her, and she doesn’t have to keep paying over and over for who she was so long ago.

I’ve spent my whole life — except for the first six years of it — pining after my mother and the relationship I wanted. It’s an old wound that won’t ever completely heal. But it finally hurts less.