Working for a Muslim Government Sharpened My Jewish Values 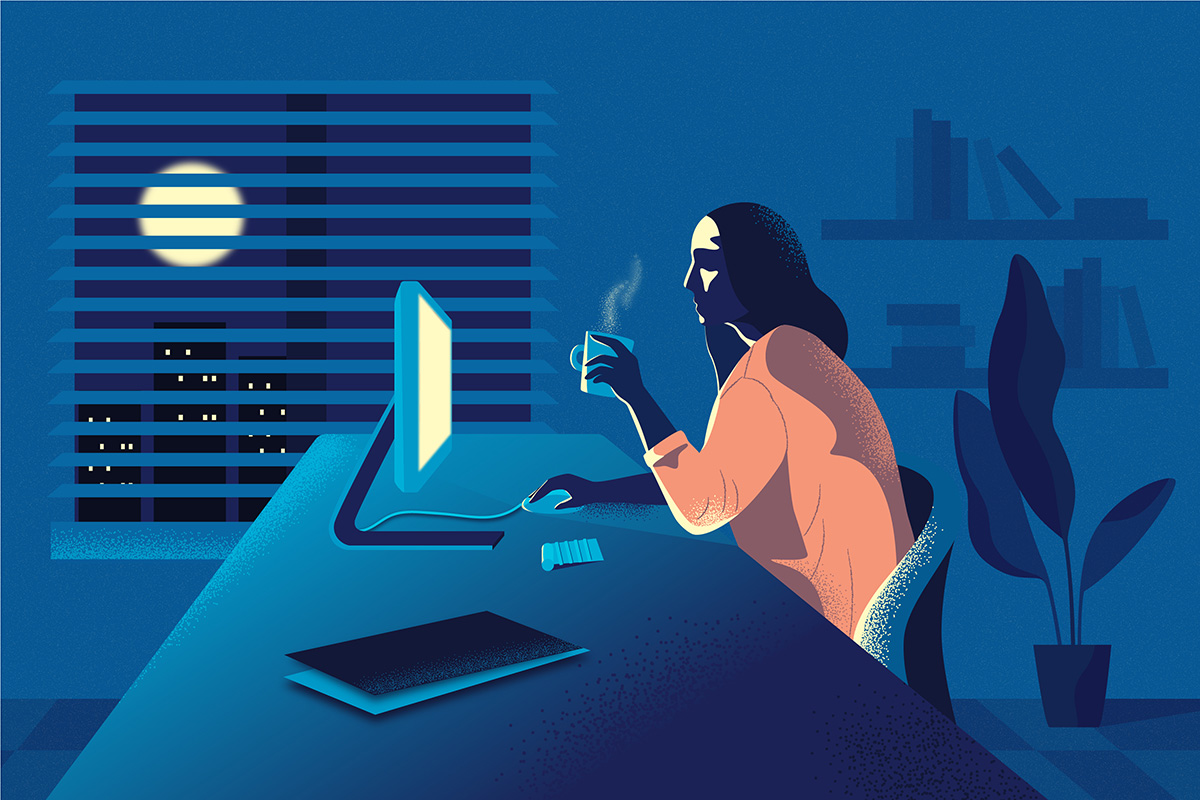 As an unemployed, young Jewish woman, I prayed for an opportunity. All I needed was one person to take a chance on me. But every door I knocked on was shut.

When the economy crashed, in June of 2008, the start of the great recession, it felt like my professional value was also on a downwards spiral. I was 30 years old with a decade of experience advising students at top universities. I had a master’s degree in International Education and I was a recipient of multiple grants, and unexpectedly found myself suddenly unemployed. Nine months went by, and as I rode a roller coaster of emotions, my anxiety increased as my self-esteem tanked.

When the phone finally rang with an opportunity on the line, it came from an unexpected place: the Consulate of Kuwait. Their Ministry of Higher Education was developing an educational division in Los Angeles, and I was hired to help establish the office. Their idea was to invest in the future of their country by offering thousands of scholarships for Kuwaitis to attend colleges across the U.S. The aim was for these students to obtain a degree in higher education from a country with vastly different cultural perspectives.

I thought the job was an opportunity that allowed me to practice tikkun olam, the Jewish tenet of repairing the world — in this case through fostering cross-cultural relationships. While I believed — and still believe — it’s essential for us to know ourselves through the lens of more than one culture, I had yet to learn exactly how and where the hard work takes place. Unbeknownst to the students and me, we would both soon be learning important lessons about the challenges of engagement.

I accepted the job, and the Kuwaitis accepted their scholarships — but both of us were naive as to what, exactly, we signed up for.  For starters, there were very few requirements for the Kuwaiti students to receive a scholarship — and even fewer to maintain eligibility. Recipients were awarded a monthly stipend, book allowance, tuition, and room and board. The only caveat was the payback. If a student did not complete his degree, he would be responsible for paying the government back in full — potentially adding up to hundreds of thousands of dollars. Giving up, and going back home, could cost the student everything.

From the get-go, my phone rang off the hook from Kuwaiti students needing guidance to navigate their new world. When Mohammad, a devout 17-year-old Muslim freshman called, I could hear his voice cracking over the phone. It was his first time away from home and things weren’t going as he expected. He was the only Kuwaiti scholarship recipient at UCLA, and he found himself surrounded by frat boys pounding jager bombs and girls walking down the dorm’s hallways wrapped in bath towels. Groups of students would gather in the common area to watch Sex and the City reruns and eat pepperoni pizza; Mohammed, meanwhile, found solace in a corner of his dorm room, facing towards Mecca, reciting the call to prayer.

I didn’t speak Arabic, so I had assumed the most difficult aspect of the job would be the messages lost in translation. But it was even more challenging, as a young Jewish professional, to guide these students through uncharted moral territory. Surprisingly, however, one biggest of the hurdles I faced, with regards to this job, was outside of the office, amongst the Jewish community.

“Why would a Jewish woman work for a Muslim government?” was the typical first question a fellow Jew would ask me, followed with, “Do they even know you’re Jewish?”

At a Passover seder, the grandfather of a friend waved his finger at me: “You have no business being there. You work for Arabs? Don’t you know what they’ve done to us?”

I thought to myself: You mean for me? They gave me a job when no one else would! But instead I said, “They help thousands of students get an education.”

But he was unrelenting. “I don’t understand — how can you do that?” he implored. “How could you bring yourself to do such a thing?”

Not having anything to add, I kept my mouth shut. “Young people — so naive,” he concluded. “You never see anything for what it is.”

I could have explained to him that my boss was a devout Muslim who prayed five times a day, and that my favorite quality about him was his faith — not his religion, necessarily, but that he believed in me enough to hire me. That during the economic crisis, he offered me something I couldn’t afford to turn down — a position of value, in my field, which is something that I had prayed for. Yet sitting at the seder table, pretending to eat the gefilte fish, I found it was easier to bite my tongue. Surrounded by Jews, I didn’t speak up.

What I eventually realized was that the Kuwaiti students and I both had inadvertently signed up to work on ourselves: We were forced to reckon with our values in an environment that challenged who we thought we were. The students had prepared, academically, for college in the U.S., but there was no orientation about how to adhere to their religion in a space that essentially embraces the opposite values. Similarly, I was prepared professionally, but didn’t expect how large a role religion would play in a role advising students at secular universities.

Initially, I believed that inclusion and engagement were enough to advance cross-cultural relationships. In actuality, however, I found lifnei iver, the Jewish value of removing barriers, as the most necessary action. Sometimes, my most critical role was to help remove barriers that I didn’t even know existed — for example, an excellent female student couldn’t accept any admissions offers she received because her father would not allow her to come to the U.S. without her brother, whose GPA was far lower. So I worked with admissions offices across the U.S. to find a university that would accept the brother, so the sister wouldn’t lose her opportunity.

During my two years on the job, my efforts to support the students’ adaptation to American culture shifted to developing trust with the students. These stronger relationships offered me the opportunity to learn more about their culture. In the end, I realized that bringing people together on a college campus or at a Passover seder isn’t enough to heal the world — but the genuine and the willingness to learn about one another is the perfect starting point.

Header image by By lijing/Getty Images