'The Marvelous Mrs. Maisel' Is Going to Israel – Kveller
Skip to Content Skip to Footer

‘The Marvelous Mrs. Maisel’ Is Going to Israel 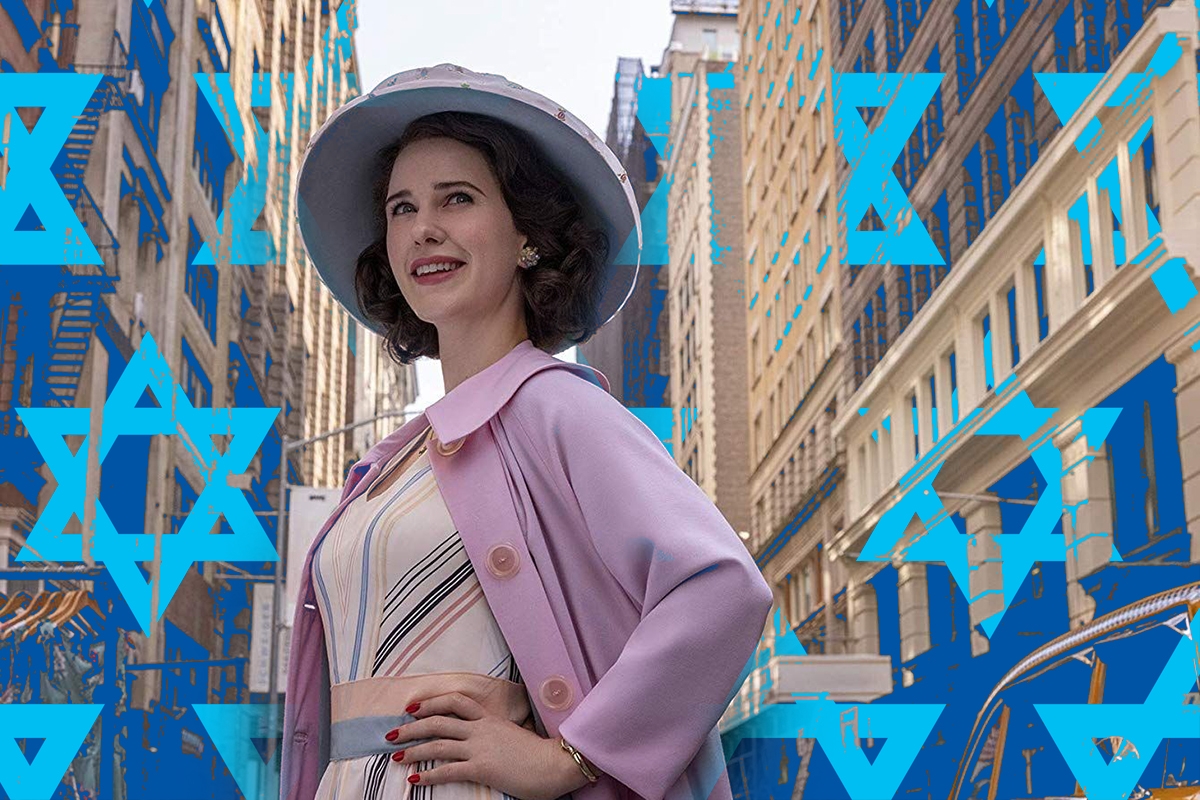 Season four of “The Marvelous Mrs. Maisel” was just as Jewy as the ones that came before it — with bar mitzvah scenes, lots of Yiddishisms, Jewish foods, and contemplations about the existence of God. The Amazon Prime show about a Jewish divorcée and standup comedian, played by Rachel Brosnahan, has consistently been one of the most Jewish shows on TV, despite the controversy about the fact that its star isn’t a Jew.

In almost every season, Maisel visits a very Jewish location. In season two, it was the Catskills, the Jewish resort area is famously known as the “Borscht Belt,” where the Maisels and the Weissmans enjoyed some much-needed R&R.  In season three, Midge visited the Jewish retiree capital of the world — Miami. Season four saw Midge ambush her family while they were visiting the extremely Jewish Brooklyn neighborhood of Coney Island.

Now that Maisel is filming its fifth and final season, it looks like it’s pulling out all the stops and finally sending Midge on a visit to Israel. That’s right, Mrs. Maisel is going to the Holy Land! Will we hear her utter some Hebrew curse words? Will Midge hook up with a dark and handsome local? Will she float in the Dead Sea in one of her fabulous swim outfits? It’s a mystery, but she’s definitely gonna need one of her glamorous hats to shield herself from that Mediterranean sun.

Turns out, there’s currently a casting call for Jewish background actors to feature in an “agrarian fieldwork scene.” Where could an agrarian Jewish field work scene take place in the 1960s…? Yes, that’s right, a kibbutz.

Another casting call our spying eyes discovered did actually mention that the scene would take place in Israel. The filming itself, however, will take place around New York, where the show is filmed — likely on Long Island.

For those who do not know what a kibbutz is, it’s an Israeli communal living settlement where everything is shared — from meals to child-rearing responsibilities (they famously had children’s quarters where all the kids stayed together until the 1970s) to labor, property and investments. The first kibbutz was founded in 1909, and they exist in Israel to this day. As the Maisel callout suggests, they used to be mostly agrarian settlements, but nowadays, only a minority of kibbutzniks work in agriculture.

The 1960s was a great time to visit an Israeli kibbutz. It was a period of prosperity for kibbutzim, which enjoyed outsized representation in the Knesset, growing modernization and improved standards of living, allowing members of the communal towns to hold some private property. American Jews also started volunteering in kibbutzim at that time.  Also, according to Wikipedia (though this fact requires citation), most kibbutz pools date back to the 1960s. Here’s hoping all the still-open ones have been updated since.

Some famous Jews who visited kibbutzim at the time? Future Vermont senator Bernie Sanders volunteered at kibbutz Shaar Haamakim, by Haifa, back in 1963.

Maisel will not be the first show to visit a kibbutz: In season three of “The Nanny,” Fran Fine revealed that she lost her virginity to a strapping Israeli man while volunteering at a kibbutz (yes, there’s a flashback scene, and yes, you need to watch it).

We’re so excited to see what Mrs. Maisel gets up to in Israel. And if you want to be part of “Maisel” season five? There are currently a bunch of exciting open casting calls for extras, from members of the LGBTQ+ community to children to clients for Susie Myerson — and more. It’s going to be a historic last season.