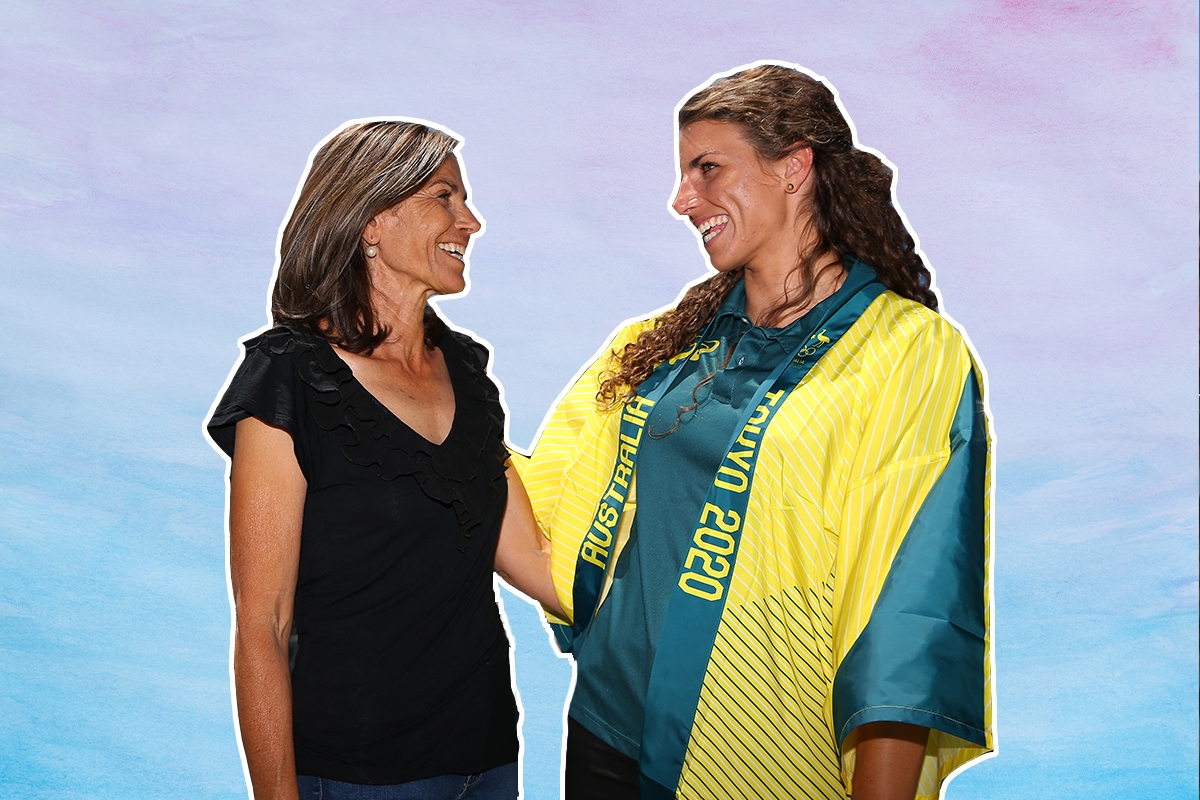 There are many Jewish athletes competing in the Tokyo Olympics this summer. But there’s one whom we’re really kvelling over: canoe slalom competitor Jessica Fox.

Jessica, 27, already a two-time Olympic medalist, will be competing in Tokyo this July for Australia’s canoe slalom team. (Canoe slalom, FYI, is timed event in which athletes race  whitewater courses via canoe or kayak, with a series of upstream and downstream gates.) In fact, Jessica is the most awarded canoe slalom player ever — talk about impressive!

But here at Kveller, aside from Jessica’s accolades, what really impresses us is how canoe slalom is truly a Fox family affair. Jessica’s father, Richard, competed in the event for the United Kingdom in the Barcelona Olympics in 1992. And her mother, French Jew Myriam Jerusalmi-Fox, won bronze in Atlanta in 1996. Even her younger sister, Noemie, is in on the action: most recently she competed in the U23 World Championship.

Perhaps the most kvell-worthy fact of all about Jessica? Her mother is more than “just” an inspiration, or her biggest fan —  Myriam is her coach. (Talk about mother-daughter bonding time!) Myriam has been coaching Jessica (and Noemie!) since they got started in the sport — and now, Jessica is ranked no. 1 in the world. She has the honor of being the youngest woman to earn a medal (silver) in canoe slalom at the London Olympics in 2012 when she was just 18 years old. She went on to win bronze in 2016 at Rio, and won her seventh individual senior world title at the Slalom World Championships in 2018.

It was Myriam who encouraged Jessica to start in canoe slalom when she was a young girl; both she and Richard have stayed active participants in the sport that brought them together. But it wasn’t until a broken arm and a piece of doctor’s advice that Jessica, 11 years old at the time, decided to take up kayaking in 2005. Since then, Myriam has been by her side, coaching her all the way to the Olympics — three times now!

As Jessica puts it, “When your mum’s your coach, it’s a very special relationship. She has to wear two hats: she has to be the coach, she has to be the mum, and provide the support, and also be able to bring out the best in me. There are no shortcuts.”

It’s clear that Myriam supports her in every way possible — so much so that she was named Coach of the Year in 2018 by the Australian Institute of Sports, alongside Jessica who won Female Athlete of the Year.

Among her many honors and medals, Jessica was also named Jewish Sportswoman of the Year by Maccabi Australia in 2014. While she doesn’t consider herself “very religious,” she says it’s “nice to have [the] support” of the Jewish community. And, in 2019, Jessica, Noemie, Myriam and their Jewish grandmother, “Mamie,” visited Israel together on a “girls trip.”

When the Covid-19 pandemic first hit, Jessica spent a lot of time with her mom and grandmother during quarantine — and, like so many of us, she took up baking as a hobby. While the challah-adjacent braided bread she made looks absolutely delectable, she also told ESPN this about her bagels: “I tried making bagels, but I used the wrong flour, so they turned out pretty miserably.” Relatable.

Come July, Jessica and Myriam will be at the Kasai Canoe Slalom Center in Tokyo — here’s hoping that the third time’s a charm, and Jessica will at last have an Olympic gold medal to complete her crown of silver and bronze. We at Kveller will certainly be tuning in to see this incredible Jewish mother-daughter duo go for first place this year. Mazel tov to the entire Fox family!