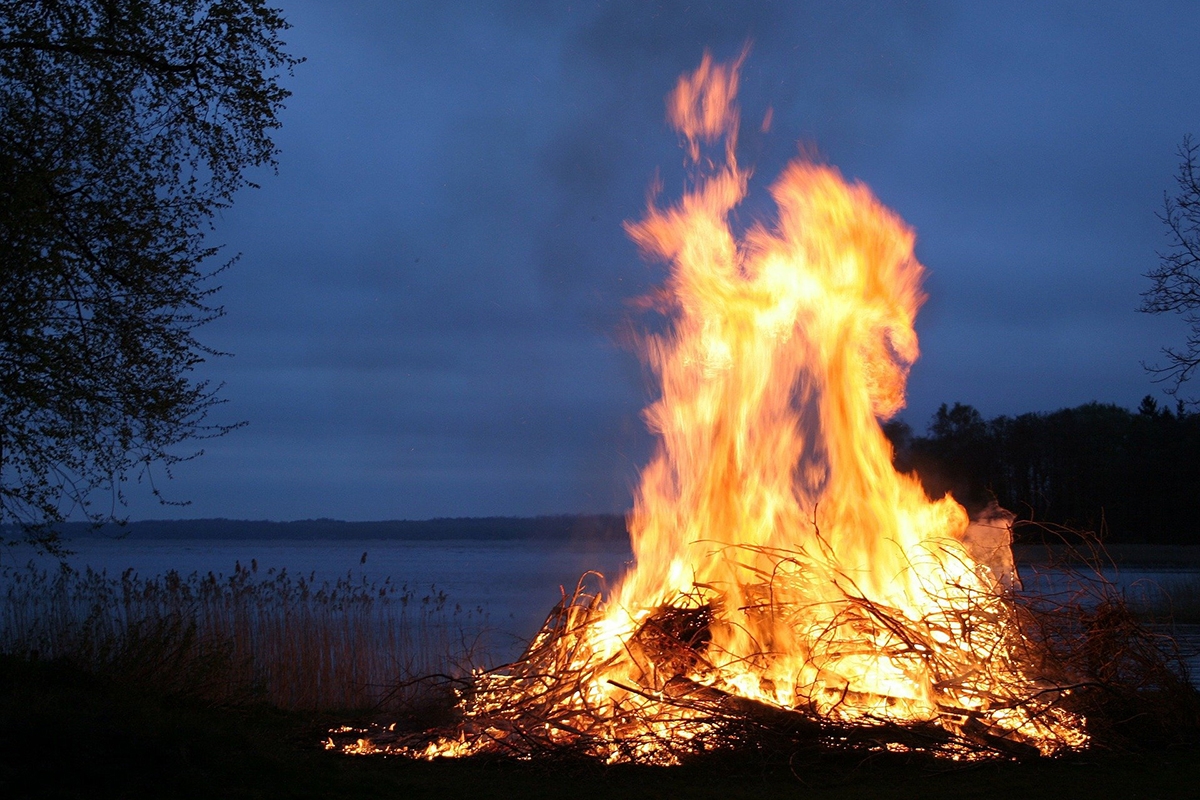 What do bonfires, weddings, and carob have in common? They’re all connected to the holiday of Lag Ba’Omer. While you may have never heard of this holiday, in Israel Lag Ba’Omer is popular and widely beloved — and it’s time we Americans learned to enjoy it, too. Below are suggestions of some fun ways to do so.

But first, a little bit of history about this unusual holiday.  Lag Ba’Omer is the 33rd day of the Omer, a seven-week period that begins on the second evening of Passover. During this time, we count each day until the holiday of Shavuot begins. While the Omer connects two joyous holidays — Passover, which celebrates freedom from slavery, and Shavuot, which celebrates the revelation of the Torah at Mount Sinai — the Omer is a period of semi-mourning.

According to the Talmud, the central text of rabbinic Judaism, many years ago, during the Omer, God caused a plague that killed thousands of the students of the great Rabbi Akiva. Why? We’re told that Rabbi Akiva’s students weren’t treating each other with respect. Today, we remember these students and their punishment during this time. However, on the 33rd day of the Omer — yep, Lag Ba’Omer — God brought the plague to an end. That means it’s time to party!

Of course, in true Jewish tradition, there are other backstories to Lag Ba’Omer as well. The holiday is also connected to a disciple of Rabbi Akiva — whom, it’s worth mentioning, was a supporter of Bar Kochba, who led a ferocious but unsuccessful revolt against Roman rule in 132 BCE. This disciple, Rabbi Shimon Bar Yochai, fled from the Roman rulers in Jerusalem; legend has it that he spent years hiding in a cave, sustained only by a well of water and a carob tree. A famed mystic, Shimon Bar Yochai allegedly died on Lag Ba’Omer. In Israel, hundreds of thousands of Hasidic Jews make pilgrimages to his tomb in Meron on this date; they celebrate his life by partying up a storm.

Among less observant Jews in Israel, Lag Ba’Omer is generally an excuse for friends and family to get together and have a bonfire. In the early evening on the holiday, many people light fires and cook all sorts of campfire foods, like hotdogs, baked potatoes, and marshmallows roasted on a stick. Even if you’re not an outdoorsy type of person, trust me when I say it’s lots of fun!

Fortunately, you can celebrate Lag Ba’Omer even if you’re not in Israel. There are lots of fun ways to commemorate this day! This year — as we continue to inch closer to the end of a modern-day plague — I encourage everyone to find meaning and joy in celebrating  the end of a different plague that occurred many years ago. Here are some family-friendly ways you can celebrate Lag Ba’Omer:

It’s common in Israel for school kids to celebrate Lag Ba’Omer with barbecues and/or picnics. If the weather is nice, have a meal outside and spend some QT with your family.

2. Have fun with play bows and arrows

During the holiday, Israeli kids are often seen playing with toy bows and arrows — one explanation is that this is in imitation of Rabbi Akiva’s students’ revolt against the Romans. Now, I’m vehemently anti-violence, but there’s no denying that kids enjoy this kind of play! You can get imitation, suction-cup-tipped arrows to play with, or simply break out the Nerf or water guns, and head to a park or your own backyard.

As we’ve established, fires are a traditional way to celebrate Lag Ba’Omer in Israel — some say this is in honor of the “spiritual light” that the mystical Rabbi Shimon Bar Yochai brought to the world. Also, what’s more fun than a bonfire? Add to the joy by serving up s’mores or other treats.

4. Listen to some awesome music

Many traditional Jews don’t listen to music during the Omer, as it is a period of mourning. But Lag Ba’Omer is the exception! Regardless of what your family does or does not do during this time, this holiday is a perfect excuse to get down to some fun Jewish or Israeli music — or whatever floats your boat! Here’s a playlist of some catchy, modern Israeli songs that are guaranteed to get the whole family dancing!

Traditionally, Jews don’t get married during the Omer. Of course, Lag Ba’Omer is an exception, and, as such, there are many, many weddings in Israel on this joyful day. If you are married, take this opportunity to travel down memory lane! Share some photos of your special day with your kids, tell some stories, and if you have a video of your wedding, watch it together as a family — especially if your kids have never seen it before.

6. Snack on some carob

Carob, as we established, sustained Rabbi Shimon Bar Yochai during the years he lived in a cave. It grows abundantly across Israel, and it’s also a very tasty and healthy snack! That’s especially true if you let go of the misguided notion that it’s a substitute for chocolate. (Newsflash: it is not.) If your kids aren’t familiar with carob, Lag Ba’Omer is the perfect day to introduce it to them — sample the whole pods if you’re lucky enough to get your hands on some.

Some communities have parades on Lag Ba’Omer in celebration of Jewish unity. Even in this time of continued social distancing, you can have a parade, too! It doesn’t have to be anything major — no permits are required if your family (and maybe a few friends) simply march around your neighborhood, or even just your yard. If your kids are up for it, you can make signs or flags to carry, or bring musical instruments.