I'm a Nonbinary Person. Can I Still Be a Jewish Mother? – Kveller
Skip to Content Skip to Footer

I’m a Nonbinary Person. Can I Still Be a Jewish Mother? 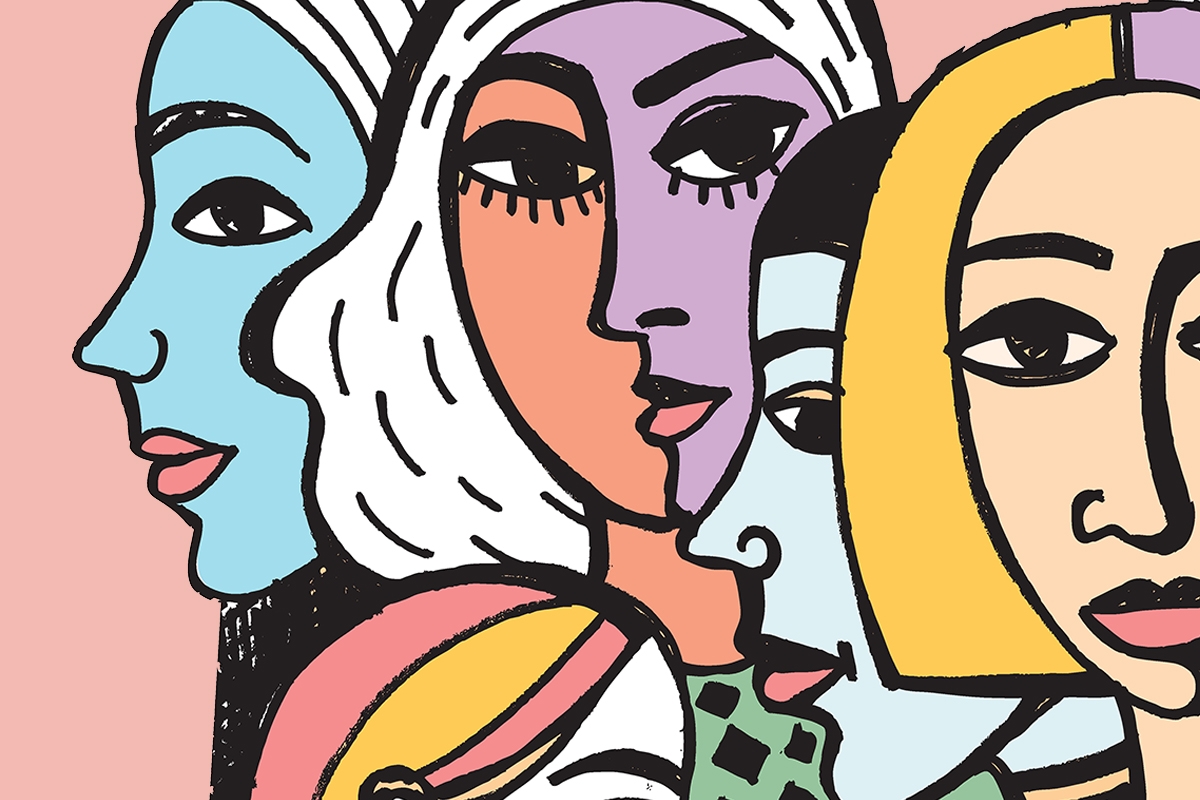 Every now and then, a conversation crops up about the ways in which the eldest daughter — the oldest female-assigned child in a family, even if there are older brothers — can be considered its own gender. That’s because, regardless of gender identity, something about the way oldest daughters are socialized and the roles they take on in a family just sticks.

“Your gender can change but eldest daughter syndrome is forever,” one Tumblr user joked. “As an eldest daughter, I sometimes commit the grave sin of having emotions,” another user posted, to which another replied, “‘Conceal, don’t feel, don’t let them know’ had nothing to do with Elsa’s powers, it’s just the mantra of eldest daughters.” (Which: ouch.)

As a nonbinary person who doesn’t present androgynously, I spend a lot of time thinking about gender, and how it connects to our identities and the way we move through the world. I’m the oldest of two, and my sister and I have joked — mostly sarcastically — that I played an ample role in raising her. I strongly believe that being an eldest daughter is its own experience, and therefore I have no problem calling myself an eldest daughter while still maintaining my nonbinary identity.

And yet, when I became a parent last December, I found myself surprisingly uncomfortable with taking on the mantle of “Jewish mother.” Considering that I’m Jewish — and that I’ve long been the “mom friend,” ever since I realized that not every second-grader reminds their friends to bring their sweaters to recess — I did not expect to feel so uncertain about this term.

Jewish culture, and Judaism in general, relies on gendered language, concepts, and archetypes to help create community stories and experiences. From Hebrew being an explicitly gendered language, to the differences in gendered obligations to perform certain mitzvot, to the way we know exactly what someone means when they talk about a “nice Jewish boy,” connecting to Jewish spaces and stories requires an engagement with gender.

That engagement doesn’t have to be performative or binary. Publicly existing outside of the gender binary in Jewish spaces is, in and of itself, a radical act in the way it requires institutions and individuals to reckon with their own understandings of gender, and how it plays a role in their connections to and expressions of Judaism and Jewish practice. And while the concept of a mensch is gender-neutral, most of the other Jewish cultural stock characters are gendered: the nice Jewish girl, the nice Jewish boy, and, of course, the Jewish mother. We know her; we love her; we should really call her more often so that she stops making us feel so guilty; we really kind of wish our non-Jewish friends would stop joking about her.

My resistance to the mantle of Jewish motherhood isn’t necessarily in the “Jewish” piece of its history, but in the sheer weight of the gender baggage that comes with taking on motherhood at all. I carried my pregnancy, I gave birth (and we’ll be holding that over this kid’s head til his b’nai mitzvah), I nursed and pumped for over a year (we won’t mention that part at the b’nai mitzvah; I’m mean but I’m not cruel). Being the parent who gestates, births, and feeds has so much gendered language built into it — after all, transmasc parents who have given birth have fought not to be listed as “mothers” on birth certificates, and pregnant and feeding trans and nonbinary people often have to specifically seek out trans-literate birth and lactation professionals to avoid being misgendered or even refused care. Parenting literature is still largely gendered, and while curated online spaces are beginning to emerge, parenting culture still generally assumes binary parents, even in queer relationships.

Within Jewish spaces, I tend to avoid gendered liturgy and family prayers (‘Eshet Hayil‘ has been off the family roster since day one). I find most of my Jewish joy in queer Jewish study and takes on prayer. But for some reason, I can’t quite make myself completely resign from Jewish motherhood

After all, decades of bad Jewish mother jokes aside, being a Jewish mother is something that has a great deal of cultural and personal meaning. Jewish mothers are keepers of generations of history and tradition. Jewish mothers literally carry our stories of trauma and resilience in their DNA. Legacies are kept alive thanks to the literal labor of Jewish mothers. True, there’s a weight to all of that history — but there’s joy and power in it, too. It’s hard to reject that completely. It even almost feels like betrayal.

So I wonder: If “eldest daughter” can be its own experience, no matter how we identify, can “Jewish mother” be an experience that’s independent from womanhood? Can I lean into the nurturing, the feeding, the mental rolodex of emotional labor — and, most of all, the ferocious love — without feeling like I’m forcing myself into a box where I don’t fit? Or trying to be part of a group that might not want me?

At the end of the day, my biggest case for claiming motherhood as a nonbinary parent isn’t about me: It’s about what I want to teach my son about motherhood, and how much I want him to see that motherhood can be distinctive from womanhood, from femininity, and from gender. That the physical and emotional labor of people who give birth has value, regardless of whether they’re mom or dad or mada or nibi, or any of the other incredible names that nonbinary parents have claimed for themselves. I can be this amazing kid’s mom and still keep my identity as a nonbinary queer. I can make Jewish motherhood my own, and in the process, teach my son that he can make his own identity, too.