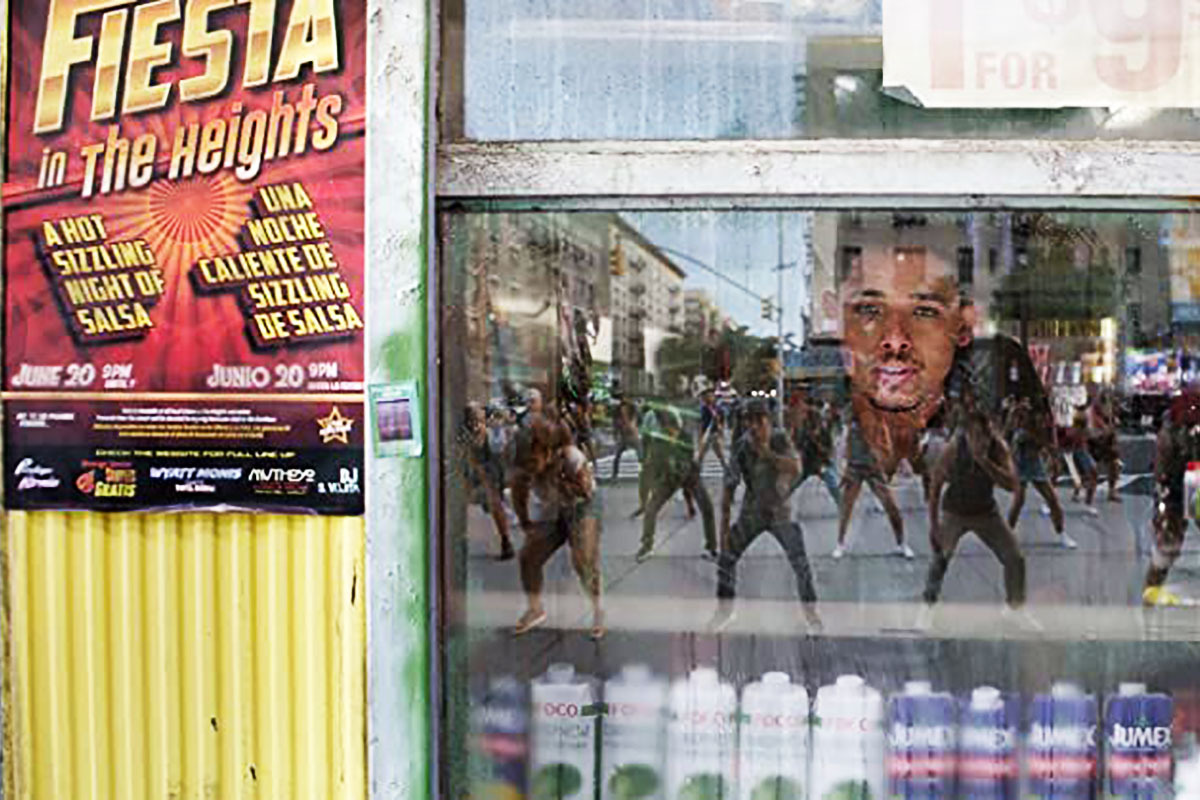 If you haven’t yet experienced the infectious joy that is the movie musical “In the Heights,” I suggest you remedy that ASAP.

This absolutely delightful film, directed by John Chu and adapted from Lin-Manuel Miranda’s Tony Award-winning musical of the same name, is now playing in theaters and streaming on HBO Max. Trust me when I say this movie is absolutely worth two hours and 20 minutes of your time — as Joe Morgenstern says in the Wall Street Journal, “watching this one is like winning the lottery’s jackpot.”

The film centers on Usnavi (Anthony Ramos), a young bodega owner who lives in Washington Heights, a pocket of Northern Manhattan with a vibrant Latino (mostly Dominican) community. Without giving too much away, the plot touches on love; the triumphs and struggles of the immigrant experience; gentrification, and dreamers, both in big-D sense (minors looking for a path to citizenship) and hardworking, goal-oriented folks who learn, a la Spider-Man, that with great dreams come great responsibility.

Yes, it sounds heavy, but “In the Heights” hits like one big block party.

I was blown away by the costumes, the choreography, and the phenomenally talented young actors in the cast. Perhaps my favorite aspect is the very authentic, filmed-on-the-streets-of-New-York vibe that really gives the movie an immutable sense of place. (And, while “In the Heights” is generally getting rave reviews, Miranda and the film are also being criticized — rightly — for its lack of Afro-Latinx representation in the leading roles.)

Aside from one very small moment — more on that below — “In the Heights” is not at all a Jewish film. But being the intrepid journalist that I am, I decided to see just how many Jewish connections I could find to the musical. As it turns out, there are a lot, and they range from some very fun Jewish factoids to, well, more tangential tie-ins. Read on for 10 fun Jewish facts related to “In the Heights.”

1. OK, Lin-Manuel Miranda is not Jewish. But he has some serious Jewish cred. Back in the day, he was a bar/bat mitzvah dancer (like Tiffany Haddish!); later he received an honorary degree from Yeshiva University. But probably his most Jewish moment ever was when he gave “the greatest wedding toast in the history of wedding toasts,” according to our partner site, JTA. During his 2010 wedding to Vanessa Nadal — yep, Miranda’s wife coincidentally shares a name with Usnavi’s love interest —  Miranda and various family members and friends (including some Broadway vets) surprised his bride with a rousing performance of “To Life! (L’Chaim!),” the showstopper from “Fiddler on the Roof.” Miranda and company completely nail it — and you can watch the delightful, heart-warming performance here:

2. “In the Heights” put Miranda on the map, garnering 13 Tony Award nominations in 2008 and winning four, including Best Musical. But it was “Hamilton” that made him a bonafide megastar. Just what inspired Miranda to create a rap musical about a Founding Father? Why, it was the 2004 book “Alexander Hamilton” by Jewish historian Ron Chernow! While reading the Pulitzer Prize-winner’s book on vacation, Miranda got the idea to retell the story in a modern way. The actor approached Chernow and, as they say, the rest is history.

3. Located in the northern reaches of Manhattan, Washington Heights has long been a refuge for people from all over the world. As spotlighted in the film, there’s a large Latino community that is very Dominican but also includes Cubans, Puerto Ricans and many others. Not mentioned in the film is how the neighborhood was — and, to a certain extent, is — also home to an enclave of German Jews, many who fled the Nazis. In fact, the German Jewish community was once so large that the area was known as “Frankfurt on the Hudson.” (Both Dr. Ruth and Henry Kissinger have called Washington Heights home.) While the size of the German Jewish community has dwindled in recent decades, many Jews have moved to the area due to its (relative) affordability and proximity to Yeshiva University.

4. While there’s no mention of the local Jewish community in “In the Heights,” there is a brief Jewish moment. Usnavi finally gets his date with Vanessa, and they head to the hottest club in the Heights. There, Vanessa seems to know literally everyone. At the bar, Usnavi meets up with his pal Benny (Corey Hawkins). After some clever, fast-paced lyrics that consist of greetings, kvetches and toasts — ”salud!” and “cheers!” — Benny sings, “To doing shots on the weekend.” Usnavi sings back, “As long as you’re buying —” adding, with perfect pronunciation, “L’chaim!”

5. Throughout the film, one of the main characters, Nina Rosario (Leslie Grace) — who, having just completed her first year at Stanford, is wracked with self-doubt and uncertainty about her place in the neighborhood and society — has flashbacks to her younger self. This younger Nina is played by 13-year-old Jewish actress Ariana Greenblatt (“Stuck in the Middle”). Born and raised in New York, Greenblatt’s mother is (non-Jewish) Puerto Rican and her father is Jewish.

6. Panamanian-American actress Daphne Rubin-Vega, 51, is best known for originating the role of Mimi in the ‘90s Broadway smash “Rent” — another musical-turned-movie filmed on location in New York City. In “In the Heights,” Rubin-Vega plays hair salon owner Daniela, who kicks off one of the movie’s catchiest numbers, “Carnaval Del Barrio.” Her Jewish stepfather, Leonard Rubin, was a writer (and hence the Rubin in her name).

7. Stephanie Beatriz, who plays hairstylist Carla, is best known for portraying Detective Rosa Diaz in “Brooklyn Nine-Nine,” the sitcom starring hot Jewish dad Andy Samberg. Beatriz is not Jewish, but, during her 2018 nuptials to Brad Hoss, she took some Jewish wedding advice from Samberg. Apparently Samberg told her how he and his wife, musician Joanna Newsom, “took a moment for themselves between their ceremony and their reception to just soak in the moment themselves.” As our friends at Alma point out, this is a very Jewish wedding ritual known as yichud (seclusion).

9. Both Anthony Ramos — who stars as bodega-owner Usnavi, in the role originated by Miranda — and Olga Merediz, who reprises her Broadway role of Abuela Claudia, have impressive CVs. Ramos, of course, was in “Hamilton,” playing the dual roles of John Laurens and Philip Hamilton. Merediz has been in dozens of movies, TV shows and Broadway productions. But the reason why we’re kvelling about them here is that both actors have done voice work for “Elena of Avalor” — a show we will love forever because it gave us Disney’s first-ever Hanukkah-celebrating princess! This princess, hailing from a “Latino Jewish kingdom,” is voiced by Jamie-Lynn Sigler.

10. Mexican actress Melissa Barerra plays Vanessa, an aspiring fashion designer who is Usnavi’s love interest. She’s now filming a “modern-day reimagining” of the opera “Carmen,” according to Variety. The film’s director is choreographer and former New York City Ballet dancer Benjamin Millepied — who, yes, is the husband of our favorite Jewish mom, Natalie Portman. In 2014, Millepied said he was converting to Judaism; we don’t know if that actually happened, but we do know that he and Portman are reportedly raising their two kids, Aleph and Amalia, with Jewish tradition.