An Atheist’s Prayer for the High Holidays 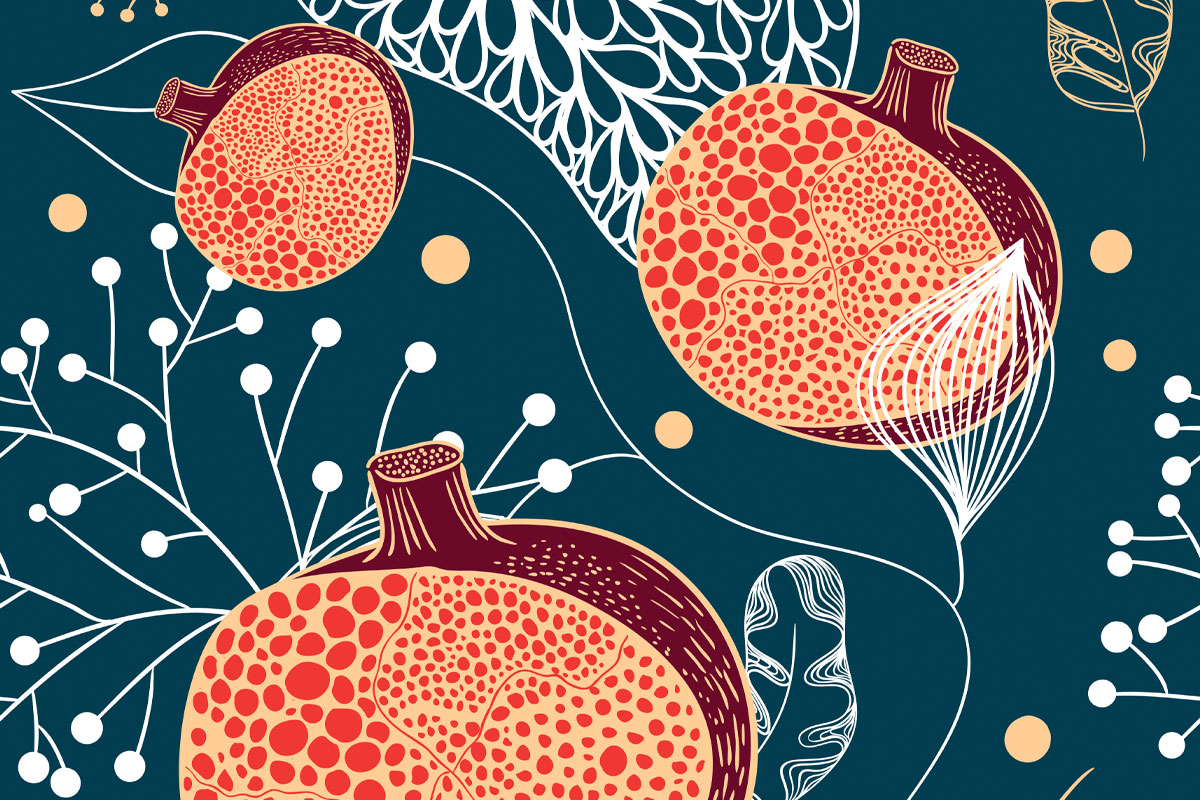 I squeezed his fingers in my tiny fist. He was 70 and I was 5, but as our hands completed a circuit a current of love flowed from me to him. I didn’t let go until we survived the Kaddish, when the room erupted into the joyous refrains of Adon Olam, and we sang along through our tears.

God opens the Book of Life on Rosh Hashanah and seals it on Yom Kippur. Or so I was taught. I’ve been an atheist since before my bat mitzvah. I bristle at the misogyny and the miracles of the Torah.

Still, as the Days of Awe approach I slip into old patterns: the prayers, the food, the sacred time with family. These 10 days are another sort of opening, a lure back into the traditions of my childhood, my ancestors. A temptation no less powerful than the apple was to Eve.

We went to temple every Friday night in the year after my grandma died, the year I was 5. My mom, my uncle, my grandfather, and I. According to the Jewish rites, my mom and her siblings were the true mourners that year, but the loss felt greatest for my grandpa, and for me.

I loved my grandma with a ferocity that matched her own resilience. Martha Levenbach escaped Nazi Germany, survived poverty in Paris, and resisted the British Mandate government in 1930s Palestine. After immigrating to the US, she enlisted in the Women’s Army Corps. Her fluency in English, German, and French landed her a post interviewing prisoners of war.

In March 1946, she married Bernie Rosenberg at the Old Rumanian Steakhouse on Allen Street and settled into the role of wife and mother in the Bronx, then Queens, then Great Neck.

I was born 37 years later. I followed her around town like Jolie, her precious poodle. She cautioned me to “Watch your keppy!” while I played at Grace Avenue Park. She covered the seat of a restaurant toilet with a precise arrangement of tissue before lifting me up. “No granddaughter of mine will sit on a filthy toilet!” Her illness and death were sudden, and they shattered my small world.

For the next few years, with every birthday candle and lost eyelash I wished for the Messiah to come so my grandma would come back to life, back to me, back to my grandpa, who couldn’t make a cup of tea without her.

In the absence of her resurrection, I was left with my grandpa. Poppa stood six feet tall with big hands and manicured fingernails. He was built like a defensive lineman, but his sole athletic prowess was in stickball, the official sport of the Brooklyn streets he grew up on.

He loomed large in our community, too. In 1967, Poppa led a cadre of dissatisfied congregants on an exodus from one of Great Neck’s two competing Reform synagogues and founded a third: Temple Isaiah.

Isaiah remained an upstart even after 21 years. The congregation leased space from a Korean church, the spiritual home of immigrants even more recent than us.

Each Friday, the janitor lowered heavy drapes embroidered with a Star of David to cover Jesus on the cross and pushed a stained-glass ark on wheels out from a closet. The pulpit transformed into a bimah.

White pews packed the chapel. Bibles, in English and Korean, lined the back of each row. Volunteers handed out the New Jewish Prayer Books to the congregants as they arrived after their Shabbos dinners.

Our family’s Shabbos dinner was delivered by Poultry Mart, dropped off in their signature white bags. “‘Fit for a King.’ Poultry Mart, Est. 1950.” A drawing of a chicken in a top hat and tux wearing pince-nez and drinking champagne. As soon as Poppa arrived with Uncle Bill, my mom would herd us to the table. She lit two white candles and recited the blessing. Poppa handed me his worn ivory prayer book.

I read from page 114, brittle and dog-eared:

I believed those words with the tenacity of a child raised in a sea of Judaism so stubborn even Moses couldn’t have parted it. They were hallowed then. Hollow now. (Though reading them still brings me comfort.)

After dinner we caravanned down Middle Neck Road, passing four other synagogues on our way to Temple Isaiah, a squatter among royalty.

I knew to sit still and be quiet, rising on the command of Rabbi Bonnie Steinberg, sitting after each prayer. I felt a tremendous duty to make my grandma proud in heaven — and an implicit command from my mom not to embarrass my family here in Great Neck.

If I squirmed, she swatted me off to the lobby to play with the rabbi’s son, who knew the church’s best hiding places. But I worried about disappointing Poppa, and instinct drove me back for the Mourner’s Kaddish. I had to stand on the bench to reach his hand, which was always there, waiting for me.

A day earlier, he had been in congestive heart failure at North Shore Hospital. Where I was born. Where my first child was born three months earlier.

When I arrived, Uncle Bill told me Poppa wasn’t eating. I picked up some Ensure, placed the straw in Poppa’s parched mouth, and coaxed him to drink. “It’s like chocolate ice cream. Your favorite.”

He sucked down a few final sips. I went home to nurse my baby.

The next morning, Poppa was transferred to hospice. The whole family gathered in the waiting room – chickens coming home to roost from Chicago, Columbus, Northampton, LA.

The morning dragged on until my uncle stepped out of Poppa’s room and said, “It’s happening.”

I needed to bear witness. I went inside.

Winter’s light streamed through the window. Poppa was halfway between this life and whatever comes next. He cried, “Ah! Ah! Ah!” Then he was gone.

We sat shiva for a week, every surface hidden beneath platters and platters of food.

I didn’t go to temple.

Twenty-five years had passed since I held Poppa’s hand during Kaddish.

I didn’t squeeze anyone’s hand now. Even if they needed it, I was the working mom of a three-month-old. My hands were full.

My childhood was steeped in Judaism like tea leaves in an antique kettle. Six hours of Hebrew school a week. Anguished nights worrying about whether I would have survived the Holocaust. I was grateful for my blond hair and blue eyes. They might have helped me pass.

As a kid on the sidelines of my parents’ epic divorce, I was seduced by the narrative that we are God’s “chosen people”. No matter how invisible I felt, I knew God saw me.

Rosh Hashanah, Yom Kippur. Hanukkah. Passover. The rituals of the Jewish calendar gave shape to my life. The High Holidays the start of a new year when things just might get better.

A hope I held, and then let go when I rejected my faith in sixth grade.

My atheist father encouraged me to question authority. The pre-teenage rebel in me took it from there. I set out with the deep intention to create a secular life. Unmoored from the past. I avoided temple like the ten plagues, except for Rosh Hashanah in the chapel as a college freshman after 9/11 and the Yom Kippur services I attended with Poppa. For him.

What values do I want to impart to my children? What rituals do I want them to remember when they’re grown?

Each year on Yom Kippur I recite the Mourner’s Kaddish in my head. I take comfort in the ritual without believing a single word. I find that comfort in the memory of my grandfather’s hand clenched in mine, in the comfort that ritual brought him.

I’ve devised my own rites, too. Poppa is with me every Friday night, which for my family means pizza and a movie instead of Poultry Mart and prayers.

I may not believe in the Book of Life. In a God who weighs our actions and apologies. But in a world that’s crashing all around us, I still hope – pray? – that my loved ones and I will live another year.

I do believe in tikkun olam, in the responsibility we have to repair the world. That’s why I bring my children with me to protests. I believe in tzedakah, and so we volunteer as a family and make decisions about charitable giving together. I believe in chesed or “lovingkindness,” in showing up for people when they’re at their most vulnerable. I do my best to model this.

These are Jewish values, the values my grandparents lived by. These are what remain when I have sloughed off all the outer trappings of my faith.

On Rosh Hashanah, we’ll gather in my mom’s apartment. Hebrew will wash over my children, the words nonsense to them.

Poppa’s baritone will echo in my head, the invocation of his voice the best part of any bracha. In these moments, I hear him with a clarity that’s otherwise elusive, even as I do my best to forget what the prayers mean.

He’s holding out his hand again. He wants me to keep the energy of these ancient rites flowing. I’m tempted by tradition. The trappings of it, not the substance.

The words themselves are a vessel, holding centuries of inherited trauma close for fear of repeating it.

My kids and I will tear off hunks of homemade challah. Little hands will dip apples into honey. Like the generations before, I will choose to believe the new year will be sweeter. That is what it takes to survive.

Alexandra Moss (she/her) is deep in the trenches of a memoir about her father’s side of the family, and can be found on Twitter and Instagram.