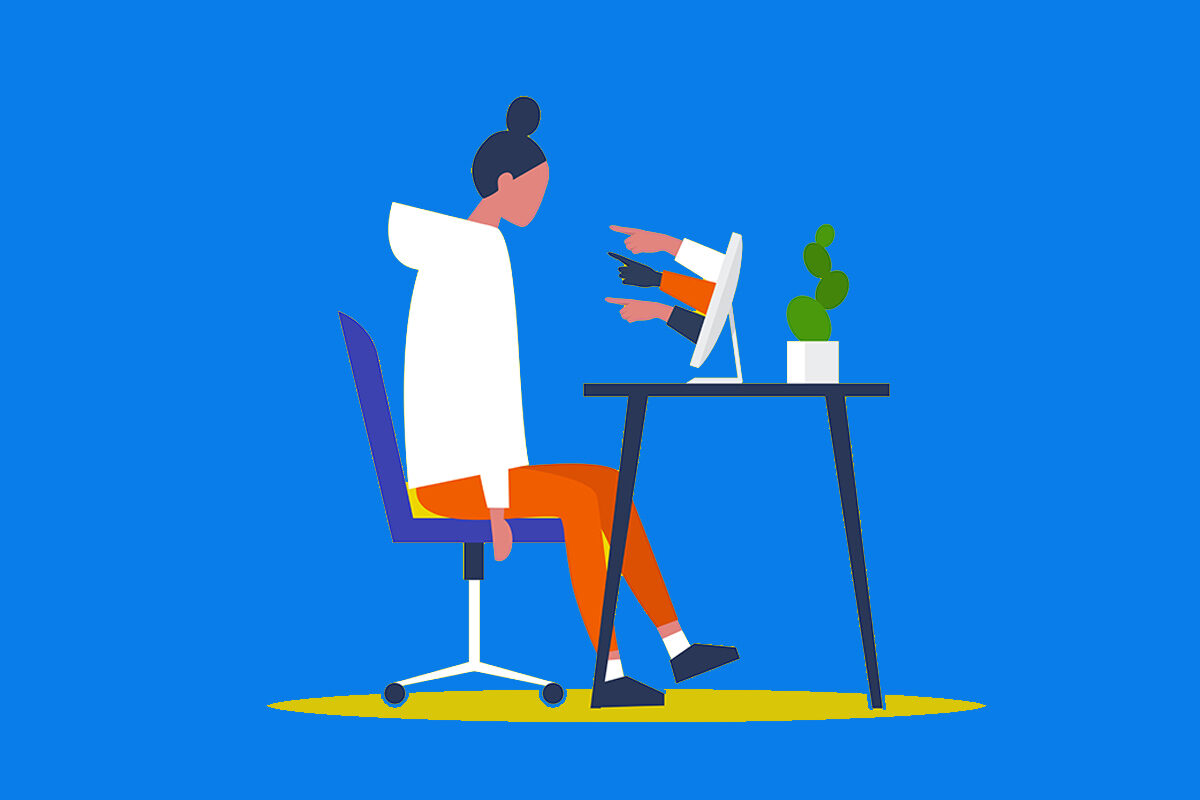 If you are anything like me, chances are you are part of several “mom groups” online. These groups are often local, designed for moms or parents who live in a particular town or neighborhood, while others may be built around common interests, religions, or political beliefs. Still others have formed as a venue for parents to discuss all aspects of the novel coronavirus.

Of course, these groups are also ground zero for mom vs. mom conflicts. When I first got married back in 2003, the Mommy Wars, as these clashes were commonly called, centered around the supposed divisiveness between working mothers and those who stayed home after having children. Countless books, daytime talk shows, and articles were written about the difficulties and rewards of each option, as each side debated who had it harder, who was sacrificing the most, and who was the true “super mom.”

As a stay-at-home mom to my three children, I truly treasured every second that I spent with them at home. Now that my daughter is almost ready to drive and my youngest is double-digits, I am amazed at my patience for the endless hours I spent crafting, reading, and playing with them. All these years later, as I look back wistfully on those memories, I know that I no longer would have the patience I once had for little ones.

Back then, as a new mom, I would shy away from having the ever-uncomfortable discussions with working moms as to who had it harder, knowing that this was a debate in which there was no right or wrong. Everyone simply did what worked for them and their families. And if I was ever caught in the middle of these controversial discussions, it was, more often than not, wrapped up with a mutual level of respect, a sense of truly giving credit to the other mom by really seeing and hearing her.

But, like so many things, it seems that the Mommy Wars have changed face and tone since social media has increasingly played a larger role in our lives and society. Facebook, a platform that is most used by people — and moms — from all walks of life, has created a space where we can have those hard discussions, without feeling the need to check ourselves at the door. Over the past few months, I have watched, silently, as moms in the different groups that I am a part of get involved in a twisted and intense web of heated discussions about so many topics of the day: whether the hybrid, traditional, or online-only model is the best choice for schools during the pandemic, the pros and cons of political candidates, and the risk that one takes by partaking in social gatherings during coronavirus.

Recently, in a mom group in Nassau County, Long Island, where I live, the discussion quickly became heated over whether or not people should wear masks in public. I witnessed, in horror, as moms called one another names that I would never say out loud, and each side gathered more and more defense, drawing a line in the sand. The thread had over 250 responses in less than a 12-hour period. The discussion began with an angry post from a mom who had witnessed a group of people gathering in front of a synagogue without wearing masks. The discussion quickly escalated from the issue of the mask, to individual versus collective responsibly, to fears of anti-Semitism. Finally, several people asked the moderator to delete the comments and that specific post, and seemed to me that both sides walked away without having truly heard the other side, and not being any closer to understanding one another.

The fact is, these social media mom groups have become a battleground for the frustrated, exhausted, stressed, and overworked moms who feel that their lives and their children’s lives are hanging on by a thin thread. And during this time of coronavirus, we’re all feeling as if we’re hanging on by a thread. As I scroll past nasty comments to look for a voice of reason, I wonder how much pain and fear so many moms must feel that they are compelled to get involved in such long-winded arguments with others — some of whom may not be strangers to them, and may, quite literally, be the mom next door. And I wonder how indicative this may be of our society, that the people whom we rely upon in difficult times have come unhinged and lash out at the simplest comments made on Facebook or the like.

These moms, I am sure, are the same moms who expect their children to speak kindly, and to say “please” and “thank you.” They are the moms whom, I hope, teach their children that racism, anti-Semitism, and other biases are wrong. These are most likely the same women who speak kindly to their co-workers and clients, and settle negations and hard discussions in the most refined manner possible.

These new Mommy Wars on Facebook perhaps best mirrors what is happening in the world around us — social media is, after all, an incubator of intense feelings and emotions that our society is living through. The very real fears we all share about our children getting sick and transmitting coronavirus to our elderly parents become lost within the heated arguments about the pros and cons of school openings. As every one of us makes our way through this scary and uncharted territory, even nuclear families are unable to agree about which path to take.

As I watch these debates escalate time and again, I can’t help but wonder what kind of legacy we are leaving for our children, as they watch the people around them fight and lose control over issues, large and small. It used to be that people of a town would come together to discuss and decide upon hard and complex issues. Being in the same room, occupying the same space, forced people to hold their tongues and not allow things to blow out of context or proportion – for the most part, at least. Tough issues were discussed face-to-face, with the intention to truly hear the other person’s point of view. And what wonderful lesson children learned from having a civil discussion, and from giving another person the space and time to voice their opinions.

The fact that we, as a society, have had to retreat into our homes, and we are all navigating this unprecedented moment mostly by ourselves, is perhaps one reason for the extreme reactions that moms are having to another. But I can’t help but think that sitting behind a computer, where you are unable to see the person whom you are “speaking” to, makes it easier to not practice good social etiquette. I now understand why bullying has become so rampant for our children, as they don’t “see” the hurt they cause their victims on the screens of their expensive phones.

Recently, a dear friend of mine, whose political views are vastly different than mine, engaged me in a discussion about the pros and cons of mail-in ballots, a conversation that was clearly uncomfortable for both of us. But given the love and respect that we have for one another, we stayed the course. I held my tongue and heard her out, as hard as that was for me, and she gave me the same respect and kindness. After our hour-long discussion, we both thanked one another for the mutual respect and honesty. There were no ugly words thrown out, and I can honestly say I am closer to this friend now than I was before.

And I realized, perhaps the real warriors of our troubled times, the true “super moms,” are the ones who take the time to hear another person out, give someone respect when it is due — and, above all, apologize if they were out of line and hurt another person with their harsh words. Imagine the lessons that our children, and society at large, could walk away with, if we reintroduced civility in these difficult discussions.