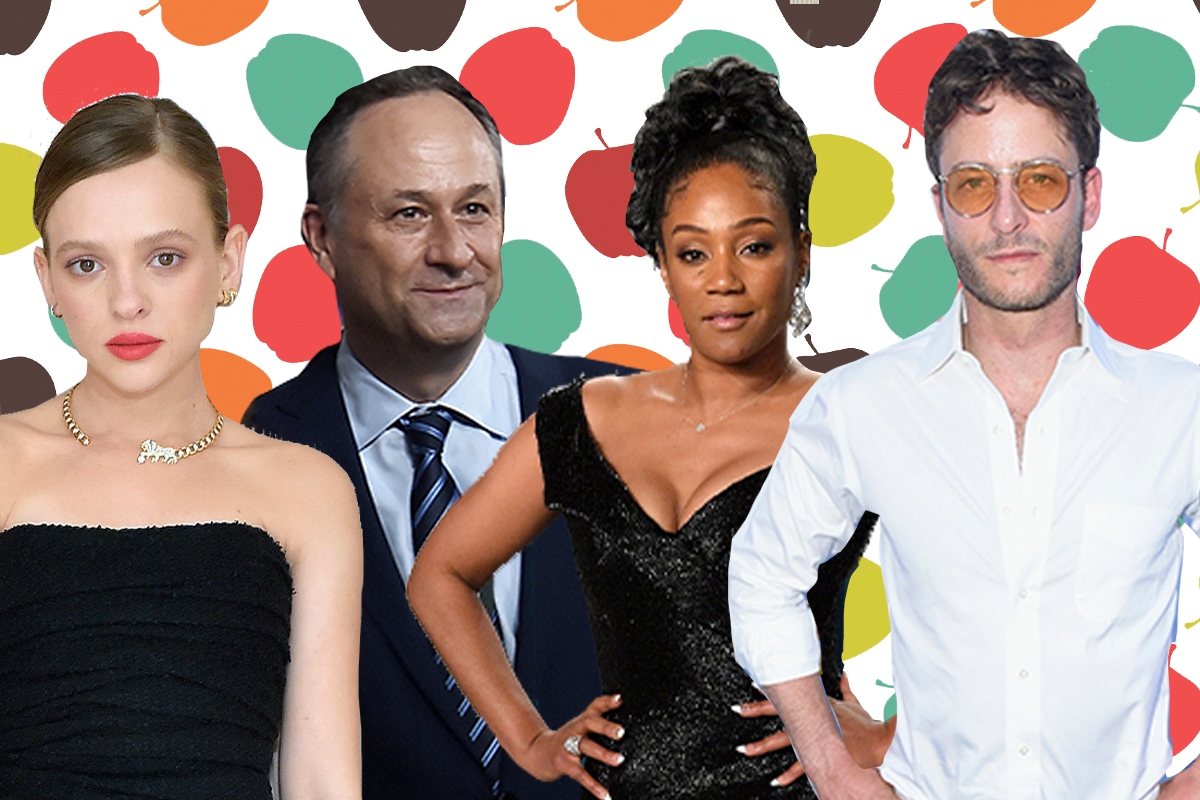 Shana tova, Kvellers! As this Labor Day weekend merged into one of the holiest days of the Jewish calendar, many of us celebrated Rosh Hashanah in unique ways. Whether you attended virtual services once again or celebrated with a long-awaited family gathering, this Jewish New Year appears to be “unprecedented” yet again.

Despite the persistent pandemic, many of us took Tuesday and Wednesday — and continue to do so during the Days of Awe (the days between Rosh Hashanah and Yom Kippur) — to reflect on our past year, make amends and create goals for the year to come.

Many Jewish stars celebrated in the same fashion, taking to social media to share their well wishes, their hopes for the year and other ways they marked the Jewish New Year. Here 14 examples of how our favorite Jewish celebrities ushered in 5782.

On Tuesday, beloved Israeli “Shtisel” and “Unorthodox” actress Shira Haas shared a photo of herself wearing a gorgeous Star of David necklace, wishing her followers a “SHANA TOVA. I love you all. ❤️🍏🍯.” We love you, too, Shira!

Jewish mom, actress, neuroscientist and “Jeopardy!” host Mayim Bialik shared her Jewish New Year joy by taping an Instagram Live while making her famous vegan honey cake! Along with this awesome video — in which Mayim proclaims, “I’m a mess, and I’m not going to pretend I’m not a mess” — she also shared a post on Instagram reminding her followers that she would be “off the grid” until Wednesday night to observe the holiday.

Wishing all those who celebrate a happy, healthy, and peaceful #RoshHashanah pic.twitter.com/kbRTZgMcqH

Several months after his awesome White House Passover celebration, Jewish Second Gentleman Douglas Emhoff shared yet another Jewish holiday-themed message with the world. In a video, Emhoff says: “For me, the High Holidays are a time to be grateful for all the good in my life, starting, of course, with my incredible family.” He adds that he believes that Jewish values transcend politics, and “wherever we are, we value togetherness, family and our shared responsibility to build a more just and compassionate society.”

Jewish comedian Tiffany Haddish shared in her Instagram story earlier this week that she spent Rosh Hashanah with Emily Kaufman, AKA @thetravelmom. Haddish re-shared this story from Emily — a photo of the Kaufman family — which was captioned “La Shana Tova.”

Israeli heartthrob Michael Aloni shared this dreamy photo from Black Rock Desert, Nevada — the location of Burning Man. In his caption, he writes, “SHANA TOVA! Happy new year filled with health and hope, and may we always continue to walk this long and ever lasting journey with the same feeling of riding a crest of a high and beautiful wave with a sense of adventure 🙏🏼🍎❤️.” Aloni also includes a quote from American journalist and author Hunter S. Thompson. Iconic.

The “Wonder Woman” star and mom of three posted three photos of herself on Instagram, lounging in a sweater. She also wrote a little poem: “This is me, taking a moment thinking about the last year/This is me, counting all its blessings/This is me, overcoming all its challenges/This is me, being thankful for all its lessons/This is me, ready for a new year/Happy #RoshHashana my friends! May this year bring us nothing but joy 🍎🍯💚.” How lovely.

Jewish dad and “West Wing” star Josh Malina shared this epic selfie on Instagram of himself in the car holding a shofar. He refers to Rosh Hashanah as “an annual opportunity for self-reflection, and the start to the hard work of transforming that into self-improvement.” Malina also wishes his followers “a meaningful journey, and may we all experience greater peace, joy, and good health in 5782.”

Israeli director Alma Har’el shared this gorgeous photo of herself celebrating the New Year in the Italian Alps. She also used a fun pun in her post — she says in Hebrew, “Shana tova, kapara!” Kapara is a uniquely Israeli slang word; depending on how you pronounce it, it can mean “atonement” or “sweetheart.”

Adam Nimoy, the son of Jewish “Star Trek” legend Leonard Nimoy and actress Sandra Zober, tweeted this iconic photo of his dad on Tuesday. Nimoy notes that the second day of Rosh Hashanah coincided with Star Trek Day, the anniversary of when the first episode of the original TV series was released. He writes, “Hey, the Jewish New Year and #StarTrekDay all at once. Happy Star Trek Day / Shana Tova! #LeonardNimoy.”

Jewish “Broad City” actress and new mom Ilana Glazer wished fans a “Happy New Year” on Tik Tok, along with the traditional greetings “l’shana tova” and “chag sameach.” She then readies to explain her thoughts about the upcoming year, but gets interrupted by what seems to be a family member. We can relate.

Last but not least, while her post was not explicitly Rosh Hashanah-related, Carole King posted a clip of her video “Love Makes The World” on Instagram on Tuesday. And what better message is there to begin the New Year?