Shira Haas Tells Us About 'Shtisel,' Her New Film and Her Favorite Thing About Judaism – Kveller
Skip to Content Skip to Footer 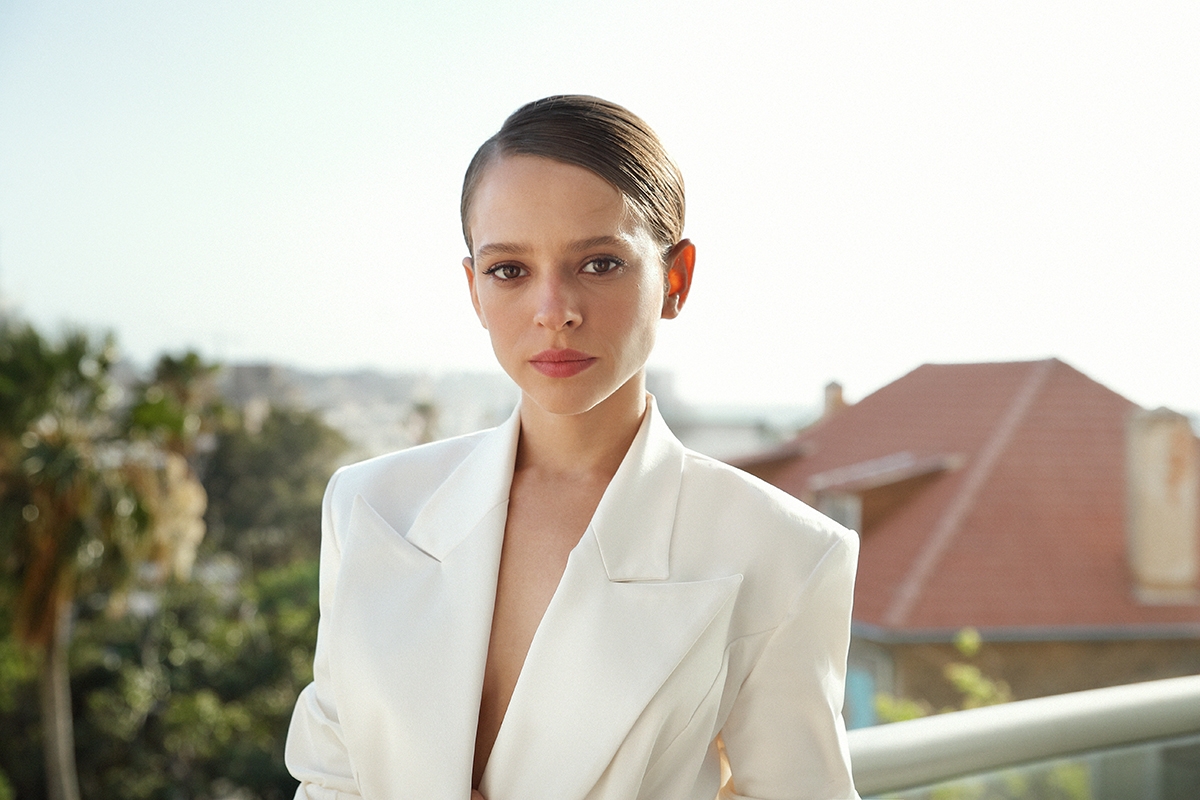 If you love Jewish TV, you already know Israeli superstar Shira Haas. After making a big splash in “Shtisel,” and then, “Unorthodox” — the 2020 miniseries about a young woman who leaves her Hasidic community in Brooklyn — Haas has taken on a new role: playing 17-year-old Vika in Ruthy Pribar’s new Israeli film “Asia,” which premiered in the U.S. last week.

In the film, Vika and her mother, Asia (Alena Yiv), grapple with Vika’s ALS, a degenerative muscle disease that causes her health to deteriorate as the movie progresses. Asia, a young and somewhat irresponsible mother prone to partying when she is off work as a nurse, is forced to take on a more maternal role as Vika becomes more ill.

The film garnered critical acclaim in Israel, where it won eight Ophir Awards — considered Israel’s equivalent of the Academy Awards — including Best Picture, Best Leading Actress and Best Supporting actress. Haas also won Best Actress for the film in the 2020 Tribeca Film Festival. Her performance is flawless and heart-wrenching and, even though Haas is 26 IRL, you’d immediately believe she was a teenager. (Plus, her resemblance to Yiv is uncanny.)

We chatted with Haas about the film’s success, as well as the unlikely international phenomenon that is “Shtisel” and how that show shaped her. With heartwarming humility, she also opened up about how her own childhood experience with cancer informed her acting in “Asia.” Check out our conversation below.

What drew you to this role in “Asia”?

What did not, right? No, I remember the first time I read the script. I easily cry on-screen, but not so much in real life. And I remember I was reading this script, and I started crying. I immediately called Ruthy [Pridhar, the film’s director], and I just started crying to her on the phone, basically. Beside the fact that it’s such an amazing character to play, and a big challenge, and a true gift, it’s really the script itself. The movie has some tough subjects: separation, illness, and even death. But for me, it’s really a movie about life, and about connection, and love, and empathy, and the relationships that we have. Ruthy took a dark subject and put so much life and love into it. I think in general, it’s my favorite type of art. Yeah, that’s why in general, but I have 100 reasons.

You learned Yiddish for your role on “Unorthodox.” Did you learn Russian for this movie?

A little bit. But in the film, it’s mostly Alena, who plays Asia, who’s speaking Russian. And I mostly respond to her in Hebrew, which is very relevant and truthful to what really happens in a lot of Russian families in Israel.

I think the biggest challenge with the language was really for me to respond to Alena, because she’s speaking in Russian, I think, like, 97% of the time. And I need to react, like I understand what she’s saying, and to respond to her. I asked Alena to record herself doing lots of her lines, and I kind of memorized it, so that I could respond in a natural way. And we also had lots of rehearsals. So I just got on set and I felt like I knew Russian, even though I unfortunately do not. And I can tell you that for sure Russian is MUCH harder than Yiddish. A beautiful language, but it’s challenging.

Your character in “Asia” has a degenerative motor disease. You also had an experience with childhood illness: you went through treatment for kidney cancer when you were 2 years old. Do you think this personal experience informed your role as Vika?

I mean, it’s hard. You cannot compare the two, because obviously, it’s very different. And I will never fully understand Vika, but it was really important for me, of course, to do as much research and rehearsals as I can to do it as accurately as possible. And just to do justice to her condition, to the story, to the whole script. It is very different, of course, from what I’ve experienced, but I found it did help, or it did make the connection to this character even stronger. I think it’s also part of the reason that I really, really cried and was very emotional when I read the script. I felt like only a person has been through either loss, or something like illness can write a script that way.

Here at Kveller, we are huge fans of your work on “Shtisel.”  Do you think that playing Ruchami informed your work in this role as Vika?

Well, it’s very different characters. But I still see some similar traits. In the second season of “Shtisel,” Ruchami and Vika are the same age, they’re very young characters that have a lot on their shoulders. They both like finding the ways of the world on their turf, and they both have kind of a rebellious side to them. They’re very clever and each fun in their own way.

They’re also very different. “Shtisel” really shaped me in other ways — this was my second project that I ever did as an actress. I started it when I was 17; I was 20 in the second season. And so it’s so much a part of me, you know, I almost grew up with the show. Not almost — I did. It shaped me as an actress very much. It taught me so much about acting and about working with people.

What do you make of the incredible international success of “Shtisel”?

Unbelievable, right? It is a show about this family, about their daily life in Jerusalem, in the Orthodox life. You would never think that so many people all over the world, in different ages, would find this storytelling so powerful, and also funny. And it’s just the best surprise. The truth is when something is authentic, and when something is good — and I give credit really to the writers and creators of the show — then it doesn’t matter if it’s a very specific story. It’s still universal.

Season 3 is very dramatic for Ruchami. She struggles with fertility and the desire to be a mother. How did you yourself connect to this story of motherhood as someone without children of your own?

You know, I always remember in the second season, when Ruchami was like, in love over her head and wanted to get married. I remember that I wasn’t even 20 when we started filming this, and I said to the director, “How can I relate to this character that wants to get married?” Of course she’s very different from me, but I can understand the desire to be who you are, and to feel you belong, and to want to fulfill yourself. In Ruchami’s world, in her ambitious and amazing and soaring world, it’s about being a mother. It’s being married and having your own family. She also never felt like she belonged to her family; everything was so broken there. So I can relate to it to this feeling of wanting to fulfill yourself. I mean, motherhood is still not so close to me. But I can understand the desire, of course, of a girl where this is everything she wants, and she will do anything for it.

Wow. My favorite? Oh my God, I love holidays in general so much. I’ll say Passover. Passover is my favorite. All the people together, the songs, yeah. I’m not from a religious family but we do the whole thing. And every year, I love it. I have a really really big family and it’s always together. This year was the first time since Covid that we were really together: my grandmother in Israel and all of the family.

And also rituals. Rituals, rituals, rituals. Especially in my childhood, but also now when I’m in Israel, when we have time, we always do Shabbat dinners together. These are like great reasons to be together. My favorite thing about Judaism, in general, is families together, this togetherness.