How Our Favorite Jewish Celebs Are Honoring Pride Month 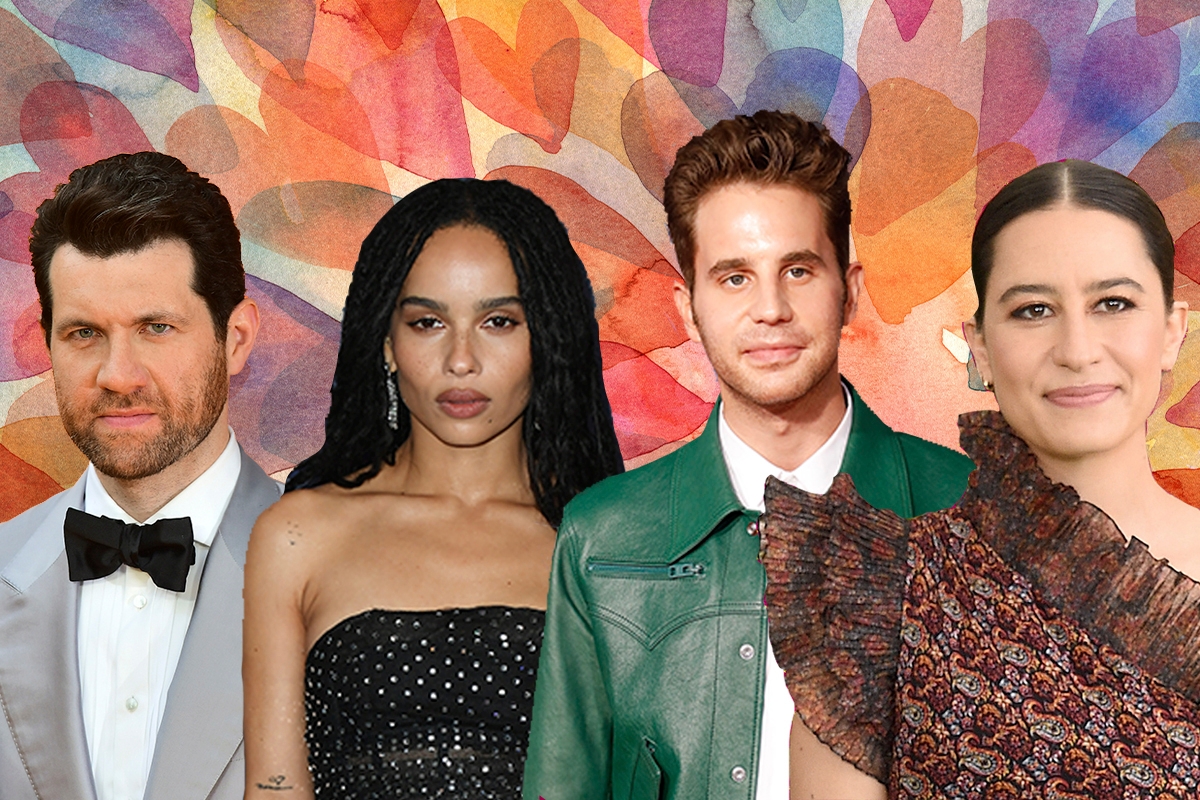 As June draws to a (sticky, sweaty) close, we want to take a moment to wish everyone here a happy Pride Month! As vaccinations continue across the U.S. and cities begin to open up, it’s been a great joy to see LGBTQ communities and allies gather and celebrate.

As always, many Jewish celebrities in the LGBTQ community have used their platforms to share their Pride and, at the same time, create solidarity among their fans and remind queer youth that they’re not alone. From attending marches to expressing their own proud identities, here are some of our favorite ways that Jewish celebrities celebrated Pride this year.

Jewish comedian and actress Ilana Glazer posted a radiant photo on Instagram featuring her baby bump, captioned “queer mama 🌈✨.” We just love how Glazer’s hilarious (and very Jewish) show, “Broad City,” helped her better understand her identity — as she told The Hollywood Reporter In Studio in January 2020, “My queerness has been kind of shown to me through ‘Broad City,’ and Abbi, too.” Aww.

On June 1, “Schitt’s Creek” star and beloved Jewish comedian Dan Levy tweeted “proud.” The simple, powerful message is accompanied by a photo of a “Schitt’s Creek” billboard, featuring his character, David Rose, and Noah Reid’s character, Patrick Brewer, kissing. Levy, who came out as gay at age 18, has loved using the show to demonstrate a world without homophobia. We think this billboard is an exciting step in the same direction IRL!

Jewish “Wonder Woman” star and mama (now of three daughters!) posted a photo and a video of the Tel Aviv pride parade last weekend. She writes, “It’s an amazing reminder to us all that love is the most powerful force in the world, it can overcome all obstacles and change the world! ❤️🧡💛💚💙💜” We could not agree more.

Jewish “Dear Evan Hansen” star Ben Platt tweeted this exciting new music video of “You and I,” the song he contributed to Lady Gaga’s “Born This Way: Reimagined” album. According to Billboard, the album is a series of six covers by artists from the broader LGBTQIA+ community, including The Highwomen and Years & Years. Brb, we’re listening to this album immediately! (Also, want more Ben Platt? Don’t miss his beautiful cover of “Over the Rainbow” — a song made famous, of course, by gay icon Judy Garland — from 2020’s “Saturday Night Seder.”)

You are not alone.

That's the most powerful #Pride messages to many young queer people.
At least it's the message I wish someone told me when I was a teen.

That's what I am feeling today.

Jewish activist and woman of trans experience Abby Stein has made many meaningful posts this month (and always!). One highlight is this tweet she wrote, addressing young queer people with an essential message: You are not alone.

Stein also shared a beautiful tribute to her girlfriend from NYC’s Queer Liberation March. She wrote: “#Pride is about so many things. It’s about freedom, about liberation, about community. About safety in and through solidarity. Personally though, today is so much about my beautiful girlfriend. About celebrating our relationship, our love, and so much more.” Our hearts are so full!

Jewish “High Fidelity” and “Big Little Lies” actress Zoe Kravitz posted on Instagram yesterday a cute selfie, captioned,  “proud AF. 🌈 HAPPY PRIDEEEEEEEEEEEE.” This may be the first time the daughter of Lenny Kravitz and Lisa Bonet has explicitly shared her queerness on her own social media! According to PinkNews, Kravitz is likely in a relationship with “Ma Rainey’s Black Bottom” actress Taylour Paige; she posted in April a photo of the two of them captioned, “so…. this is a thing. @taylour 😍 #thisisimportant.” We love love!

Jewish singer and “American Idol”  2009 finalist Adam Lambert posted a lineup for an LA Pride concert called Outloud: Raising Voices, which he headlined! Lambert, who came out during his stint on the reality singing competition, has since toured with Queen and also contributed to the new animated song series “We The People” produced by the Obamas. Go Adam!

Warning to New Yorkers: the streets will be safer than they have in 14 months because they’ll finally be filled with gay people #HappyPride

Emmy-nominated Jewish actress and comedian Jackie Hoffman made this awesome tweet over the weekend: “Warning to New Yorkers: the streets will be safer than they have in 14 months because they’ll finally be filled with gay people #HappyPride.” Love it.

Looking dapper as ever, Billy Eichner shared a photo of himself wearing a Mariah Carey T-shirt, captioned: “Just got the best PRIDE gift in the mail from my friend/legend @mariahcarey! Thank you for ALWAYS having our back MC! We love you! 🏳️‍🌈 #RareBird #AnytimeYouNeedAFriend.” While we usually expect sharp jokes from Eichner, we love this authentic display of celebrity friendship and pride.

Up-and-coming Jewish filmmaker Emma Seligman — who just directed the Jewish indie film “Shiva Baby” — posted a joyous series of photos of herself and her friends celebrating Pride in NYC. Seligman, who chatted with my colleague Emily Burack at Alma about how her bisexual identity informed “Shiva Baby,” is honestly the coolest.

Jewish comedian Judy Gold posted a sweet illustration on her Instagram page, reading “BE PROUD OF WHO YOU ARE” and captioned the image, “#HappyPride #Dignity #Equality #Love.” Gold, a gay mom, has always been an LGBTQ activist. She told the Orlando Sentinel in 2017, “We’re a community to be reckoned with. The more people come out, the better it’s going to be.” We are so happy to see her activism continue on social media today!

Just when you thought Pride month couldn’t possibly get any more gay, Senator @JeremyAllenMoss and I made this!

We’re so grateful that all of these Jewish celebrities could share their vulnerability, advocacy and solidarity with us. Happy Pride to all!