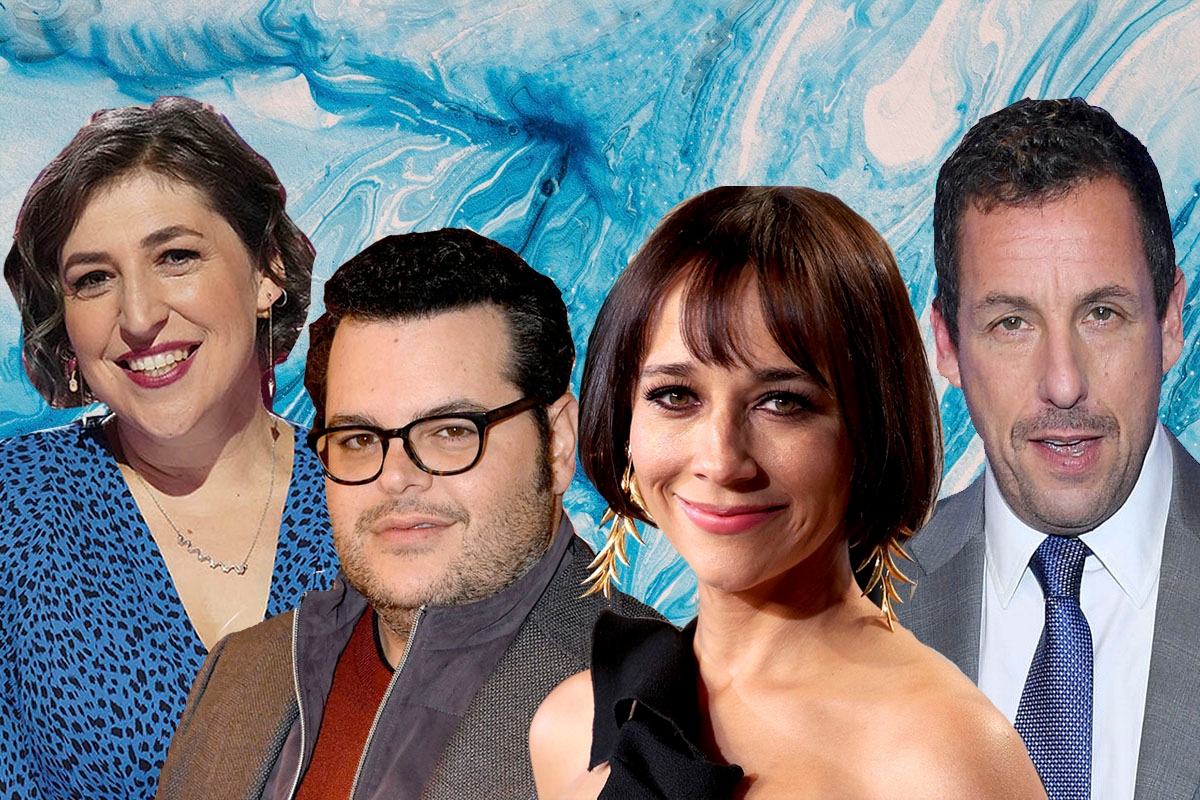 While we celebrate Jewish parents on the regular here at Kveller, this Sunday was an exciting opportunity for all of us to celebrate Jewish dads. Whether the day was spent leisurely at home, at fancy brunch, or celebrating with extended family, we hope it was joyous — or if it was more challenging — we see you, too.

Jewish stars from Ben Stiller to Tracee Ellis Ross took to social media this weekend to celebrate the fathers in their lives. Seeing these on our Instagram and Twitter feeds made us laugh out loud, and even shed some tears. Check out how some of our favorite Jewish celebrities paid tribute to their dads and partners (or to themselves!) below:

Grateful for a wonderful Dad who always had his kid’s back. And for two beautiful kids. #HappyFathersDay2021 pic.twitter.com/x4Uz8jgcEP

Beloved “Night at the Museum” actor Ben Stiller shared this iconic throwback photo of himself and his famous Jewish dad, Jerry Stiller. Jerry, who passed away last May, will always be remembered for his hilarious roles as a TV dad in shows like “Seinfeld” and “The King of Queens,” but his favorite role was being a real-life Jewish dad. Ben reflects on this in his tweet from this Sunday, noting, “Grateful for a wonderful Dad who always had his kid’s back.” So sweet.

Jewish mom and “Wonder Woman” actress Gal Gadot paid tribute to both her own dad and the father of her children in two Instagram posts this weekend. In the first post, Gadot’s husband, Jason Varsano, poses with their daughters, Maya and Alma (all of whom had cameos in Gadot’s most recent film “Wonder Woman 1984”). Gadot calls her hubby “the best dad in the world” and the “perfect example of how a man should behave.” Aww! She also calls her own dad “simply the best dad I could ever ask for” in a separate post featuring her father.

As Jewish dad and “New Girl” actor Max Greenfield has a great reputation for posting great content on social media with his kids, we were so excited to see his adorable post on Sunday. Greenfield poses in separate shots with his son Ozzie James Greenfield and his daughter Lilly Greenfield — sitting with his daughter in both a peace-sign pose and then a pose with a giant tarantula! Didn’t see that one coming.

Over the weekend, Jewish mom and actress Jamie Lee Curtis posted this adorable throwback photo of her husband, “Princess Bride” actor Christopher Guest, and one of their kids. Using the hashtag #34, we can only assume Curtis is referencing the 34 years she and Guest have been parents, as their daughter Annie Guest is 34 years old.

Jewish singer-songwriter Carole King shared this incredible throwback photo of her father, Sid Klein, on Sunday. According to the caption, the photo is from 1962, when King’s father was a firefighter in NYC. We love seeing this retro photo, and we can only imagine that Sid’s bravery (as well as her Jewish mom) inspired Carole’s motivation to reach for the stars in her own career.

Comedian and Jewish dad Nick Kroll took to Twitter to share this adorable photo of himself and his baby on Father’s Day. He writes, in his classic comedic fashion, “Happy Father’s Day!!…Photo and baby courtesy of Lily Kwong.” He also credits the t-shirt, reading, “Daddy’s Little Daddy,” to Ayo Edebiri, the new voice of Missy (who was formerly played by Jewish actress Jenny Slate) on Kroll’s animated series “Big Mouth.”

Mayim Bialik, amidst the fame of her “Jeopardy!” guest-hosting stint, posted a very candid and important message on her Instagram page, referencing the complications of Father’s Day. Along with a photo of her late father, filmmaker Barry Bialik, she writes, “Fathers Day is complicated for those of us without a father on this planet. It’s complicated for those with complicated relationships with fathers. If you’re not a father it can be complicated. If you are a father it can also be complicated. That being said, life is complicated I suppose.” That it is. We really appreciate this nuanced message from Mayim on this day that can be challenging for so many of us.

Life is short and your dad won’t be here forever. Do what I would do if my dad was still around. Facetime him briefly and spend the rest of the day filling out your Emmy ballot. ❤️

On a lighter note, Jewish comedian Billy Eichner tweeted the playful way he would choose to celebrate his father. He writes, “Life is short and your dad won’t be here forever. Do what I would do if my dad was still around. Facetime him briefly and spend the rest of the day filling out your Emmy ballot.” We must admit, we laughed.

Actress Tracee Ellis Ross posted an adorable series of photos with her Jewish dad, music producer Robert “Bob” Ellis. The series includes silly photos in front of the family’s Christmas tree, along with an awesome throwback. We love that this family celebrated together, especially after Ross posted in April that she and her dad were able to reunite after they hadn’t been together in person for so long due to the pandemic.

Happy Father’s Day to a man who came into my life when I needed a father figure most. I have called him my dad for 32 years and I couldn’t be more grateful to have a role model like this man. Love you Stan! pic.twitter.com/wYMYVm8zwV

Broadway actor and Jewish dad Josh Gad paid tribute to his own father figure, his stepfather Stan, in a tweet on Sunday. He writes, “Happy Father’s Day to a man who came into my life when I needed a father figure most. I have called him my dad for 32 years and I couldn’t be more grateful to have a role model like this man. Love you Stan!” What a meaningful post. We’re also obsessed with Gad’s Instagram post with his kids, who are wearing matching hats (we’re not crying, you’re crying).

While we’ve loved Jewish comedian Seth Rogen’s social media commentary with his mom, Sandy Rogen, this weekend we were blessed with an adorable throwback photo of Rogen as a kid with his dad, Mark Rogen. We totally see the resemblance!

Jewish mom and “Parks and Recreation” actress Rashida Jones graced our feeds with this photo of herself posing with her dad, famous music producer Quincy Jones. We love seeing the two celebrating together, especially as Jones had a more difficult Mother’s Day, remembering her Jewish mom, actress Peggy Lipton, who passed away in 2019.

The first Father’s Day without your Dad can be rough. Give your Dad a big hug today.

Adorably, Rob’s two kids came back in full force to share their love for their dad.

I will! #HappyFathersDay Dad! Love you. https://t.co/isR12uQh5J

Happy Father’s Day to the man who I could talk to forever and also the man who I can sit in silence with and be perfectly content. Love you forever. If this day is hard for you, remember that it’s just a Hallmark holiday. pic.twitter.com/nClusu0jNn

Reiner’s son Jake replied, “I will! #HappyFathersDay Dad! Love you.” Reiner’s daughter, Romy, also celebrated her dad and shared in his hurt. “Happy Father’s Day to the man who I could talk to forever and also the man who I can sit in silence with and be perfectly content. Love you forever. If this day is hard for you, remember that it’s just a Hallmark holiday.”

Despite all the bells and whistles of Father’s Day, the last sentence remains true.

Last, but certainly not least, Jewish actor and dad Adam Sandler posted this lovely throwback photo from the set of his 2000 film “Little Nicky” with his own dad, Stanley Sandler, who passed away in 2004. Sandler writes, “Think of you every day, pop. The whole family does. Happy Father’s Day to all the pops out there.” Such a heartwarming tribute.

Happy Father’s Day to all!