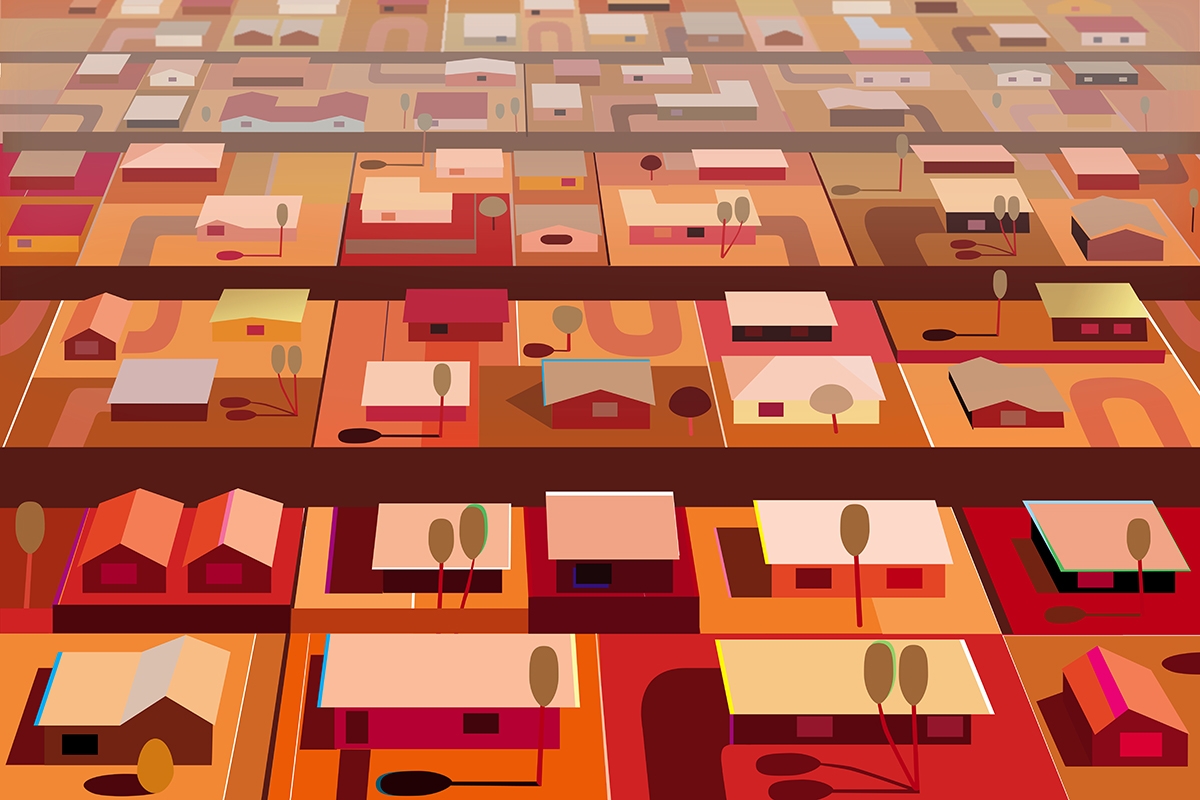 One year ago, my husband took a high-profile position in the St. Louis Jewish community. As such, our family relocated from Minneapolis to a new community in a politically conservative state.

We moved to St. Louis — which is a liberal enclave, like most American cities. But Missouri is a highly conservative state, and moving here prompted a major shift in my perspective of what it means to be “out” as a Jew in these uncertain times. At times, our overt Jewish identity have engendered feelings of unease or even fear — and these worries have magnified in the wake of the white supremacist riot at the U.S. Capitol.

Living in a Red State as a Jew has been an eye-opening experience. For example, when we first began to house hunt, we were advised by a security professional to look at homes that could easily have a panic room installed, as well as a state-of-the-art security system. I thought this was alarming — at first, I even debated going through with the move, as I do not fancy myself as badass as Jodie Foster —  but hoped it was an excessive measure. I did not realize when I encouraged my husband to take the position of his dreams that there could be a risk to our family involved.

When we finally purchased our home, we were also advised to put it in a trust, so our address was not easily accessible to people who may wish us harm. This was another astonishing suggestion that obviously gave me pause.

Ultimately, however, my husband, our 2-year old-daughter, and I dove headfirst into the move, never wanting the fear of antisemitism to keep us from living our life as proud members of a Jewish community. We have not yet installed said panic room, but do have a space for it in our basement if we feel it becomes necessary, given the current political climate. We have a state-of-the-art security system with many cameras, and I often feel angry that I have to think twice about the safety of my family in our own home.

I am mortified that we live in a society where white supremacists feel emboldened to make their presence known, and where my family’s public presence in the Jewish community lends itself to suggestions of panic rooms and intense security systems. That is not a world I would have liked my daughter growing up in, and I dread the day I have to explain to her why there are people who wish us harm just because of who we are and what we believe

With this in mind, once we moved in, I did not initially feel comfortable hanging a mezuzah on our door until I got to know our neighbors. Fortunately, from our brief encounters with them, the majority of the people on our block seem to be private, open-minded people. Our street was not politically charged during the election season, so we do not know many of our neighbors’ beliefs, but ours was the only house on the block to proudly display a “We Believe” yard sign. (We have yet to put up our mezuzah, but this is due more to procrastination than fear of “outing” ourselves.)

Still, having previously only lived in Democratic states, I had never had these concerns. Their magnitude leaves me with feelings of sadness, and I find myself grieving the sense of security and confidence in proudly displaying my Judaism that I once took for granted. Over the years we have been acutely aware of increasing antisemetic attacks, especially the one at Tree of Life Synagogue in 2018, where my husband was once a member.

Since moving to St. Louis, I have had mixed experiences with antisemitic behaviors. On a local level, we have felt exceptionally welcomed by both the thriving Jewish community and those who work closely with our community, like legislators and outside clergy. But I am always aware of what’s happening just outside the city, where hatred seems to be growing like corn and even a senator from our state is accused of using an antisemitic trope.

Since witnessing white supremacists invading the U.S. Capitol while brandishing weapons, wearing “Camp Auschwitz” shirts, and proudly making their presence known to the country, my worries have grown. Whereas previously I would remember to set the alarm once in bed at night, I have started setting our home alarm system as soon as the sun goes down. I check our security camera footage more times a day than I care to admit. I am not always sure what I am looking for, aside from unusual activity, but the fear of being a target of violence by a white supremacist is certainly a driving force. I am always watching for someone who may be walking the perimeter, looking for weaknesses in our security, of which there are none. I made sure of that.

Ultimately, my husband and I have decided to let faith — and not fear — be our guiding force. We spent countless hours debating our decision to send our daughter to a Jewish preschool for fear of an attack. Eventually we realized the value of starting our daughter off with a Jewish education outweighs most of the anxieties — and we know the school and community takes great pride in their security measures. We’ve decided that we will not be intimidated into submission; pulling her from the Jewish school she loves would be allowing these hate-filled Neo-Nazis to win.

Am I hyper aware of people sitting idle in their car in the parking lot of our Jewish Community Center or my daughter’s Jewish preschool? Yes. But, fortunately, as of this writing, we’ve had no cause for concern (pu pu pu). I even debated sending my daughter to school on Inauguration Day for fear of far-right attacks being planned on synagogues, but the awareness and our school and community as a whole gave me enough comfort to send my child to a place she loves.

I am devastated to see how antisemitism, racism, and white supremacy seems to be gaining support these days. And yet, I find it to be my duty to raise my daughter as a proud Jew who loves her country — even if many of its citizens do not love her back. We are proudly making our home in St. Louis, and I am working to feel more comfortable with my husband’s communal presence. I believe that, ultimately, love will triumph over hate. In the meantime, to paraphrase a beloved rabbi from Anatevka, “May God bless and keep the anti-Semites… far away from us!”