This New Jewish Holiday Is All About Social Change 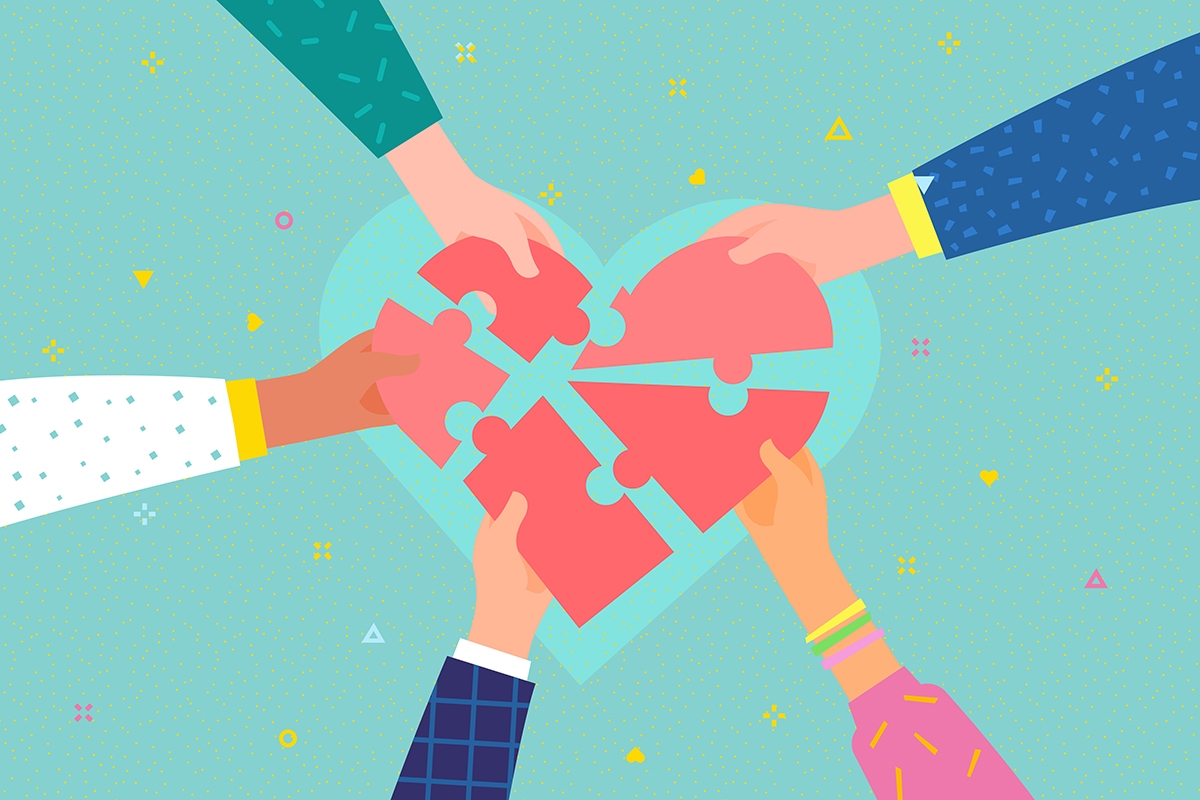 Over the past year, I’ve hardly set foot inside my synagogue. And yet, I’ve never felt more Jewish.

During the pandemic, I participated in more (virtual) havdalah services than I have in all my years since sleepaway camp. I baked a ton of challah and I learned pro tips for making latkes and hamantaschen in Zoom cooking classes. I’ve even been present for every minute of my first grader’s remote Sunday school classes.

But that’s not all. Aside from ramped-up member participation online, the pandemic also gave my small Connecticut temple an unexpected blessing: a remote rabbinical intern. Our liberal congregation met its beshert when we matched virtually with Andrew Mandel, a Hebrew Union College rabbinical student focused on connecting modern Judaism with social change. Thanks to this good fortune, my family will be among the first to observe a newish Jewish holiday: Yom HaTzedek, the Day of Justice, which will be observed this year on Sunday, April 25.

Here’s how this new holiday began: In 2018, Andrew, an educator with a doctorate in adult learning and leadership and 15 years of experience at Teach for America, was nearing the end of his two-year Wexner Heritage Program. Graduates-to-be (all up-and-coming Jewish leaders) were tasked with a final challenge: to invent the next Jewish holiday.

Andrew was stumped by what he saw as a disconnect between the masses who show up for High Holy Day services and the relatively small Jewish groups that gather for protests (to condemn the Muslim ban, for example, or family separation policies). He envisioned Yom HaTzedek as a day to inspire and challenge Jews across every denomination to recommit to the Jewish call for justice.

Wexner selected Andrew as its graduation speaker and charged him with stewarding his idea to fruition. Over the next two years, as a rabbinical school student, Andrew brainstormed with clergy and lay leaders in Jerusalem and New York. The group aimed to create a holiday that was more than a single day of justice work — rather, as Andrew described in an essay for Wexner, the day would be an annual marker to “reflect on what Judaism demands of us, celebrate the ways that we have used our voices on behalf of the common good over the past year, consider the work that still needs to be done, and make commitments for upcoming advocacy and action.”

To make the yearlong commitment concrete, the group developed a concept of a physical “tzedek box.” Instead of inserting coins for charity — like we do with a tzedakah box — participants submit slips of paper on which they’ve written acts of tzedek they’ve done. This action is not meant to self-congratulate or to rack up a record of good deeds. Rather, it provides a moment to reflect on the work and develop accountability around consistently being shomer tzedek, a guardian of justice.

As for the new holiday’s date, the group settled on Passover Sheni, or the Second Passover, held on the 14th day of Iyar. In the Torah, that’s the day when a person unable to make the Passover offering at the proper time would observe the mitzvah, exactly one month later. It’s also known as the Holiday of Second Chances — a perfect mirror for Yom HaTzedek, a time to reflect on one’s efforts made towards confronting inequality.

As my husband and I have raised our kids — now ages 6, 11, and 14 — we’ve highlighted Jewish values like doing mitzvahs and being a mensch. But this past year, the discussions shifted from casual talks about kindness and inclusion to more intentional and sometimes difficult conversations. We’ve had family discussions regarding systemic racism amid the Black Lives Matter movement; about antisemitism after we were Zoombombed during Shabbat services; about white supremacy after the siege of the Capitol; and, most recently, about hate crimes targeting Asian Americans.

I’m grateful the Tzedek Project launched our synagogue in a moment in which parents were being encouraged to discuss social change with their children, with guidance from school, CNN, and even Sesame Street. Andrew guided our congregation to make their own tzedek boxes and helped frame the Jewish response to inequality during monthly havdalah services. Alongside my kids, I learned the difference between tzedakah, which tries to address an immediate need (like providing food for the hungry or housing for the homeless) and tzedek, which seeks to tackle the roots of societal issues.

I downloaded the digital version of the project, the tzedek box app, in the anxious weeks before Election Day. Through the app, I joined a training session with Bend the Arc — a national Jewish organization advocating progressive social change — and began texting swing state voters. My kids learned some new, colorful vocabulary looking over my shoulder at the responses, but they also watched me direct voters to polling locations and find ways for those quarantined to cast ballots. I’ve used the app to contact my legislators, donate funds, and learn to be a better ally for marginalized groups. After taking action, I “deposit” a description of my effort and briefly journal my thoughts.

With every action I record, the app prompts me to pause and consider a blessing to invoke God’s partnership in the work of justice. Praying outside of services or lighting candles has not been part of my custom — at first, it felt strange to recite a blessing over my iPhone. But just as I’ve been drawn to attend Shabbat services over Zoom throughout this challenging year, reading the prayer soon felt comforting. The ritual inspires action, reminding me of this practical guidance from my rabbi, Rabbi Jeffrey Bennet, “You want to see God’s goodness in the world? Then do something to bring that goodness into being.”

With the Tzedek Project, I’ve found a way to begin to hold myself accountable in confronting the inequality that became so apparent in 2020 — not just as an empathetic person in a position of privilege, but as a Jewish person who understands the responsibility and meaning of “never again.”

What’s more, my first grader loved making her own tzedek box. She added a pocket to hold strips of construction paper to record her good deeds, like “I helped empty the dishwasher” and “I made a Black Lives Matter sign for our door.” When I told her we’d soon review our year of action on Yom HaTzedek, she immediately responded, “I haven’t filled my box as much as I could. Sometimes I’m too busy doing good things to write them down. Other times I just forget.” I admitted feeling the same sense of guilt, which I suspect comes with our birthright. Together, we decided to set Shabbat as a weekly reminder to add notes to our boxes.

On Sunday, my family and members of my congregation will join the Tzedek Box Project team and co-hosts Rain Pryor and Kelly Whitehead (from Hebrew Union College and T’ruah) in a virtual celebration of Yom HaTzedek. Though it’s still a young holiday, it’s expected to draw participants from Israel, South America, and the U.S. Together, we’ll sing, pray, and set intentions for the year ahead.

Of course, no Jewish holiday is complete without food. Last year, participants celebrated with both matzah, symbolizing brokenness, and the pillowy wholeness of bread, to taste both “the world as it is and the world as it should be,” as Andrew himself said.

Weary from a year of figuring out “what’s for dinner,” I’ve tasked my kids to craft our family’s Yom HaTzedek menu. They’ll likely come up with donuts — a family favorite —  which I can roll with. I only pray it doesn’t involve making them from scratch, because like my daughter, I’m pretty sure I’m too busy doing good things to get involved with that.

The virtual Yom HaTzedek ceremony on April 25th at 7 p.m. is open to the public. RSVP here. To join the Tzedek Box Project or bring the project to your community, visit tzedekbox.org or write contact@tzedekbox.org.