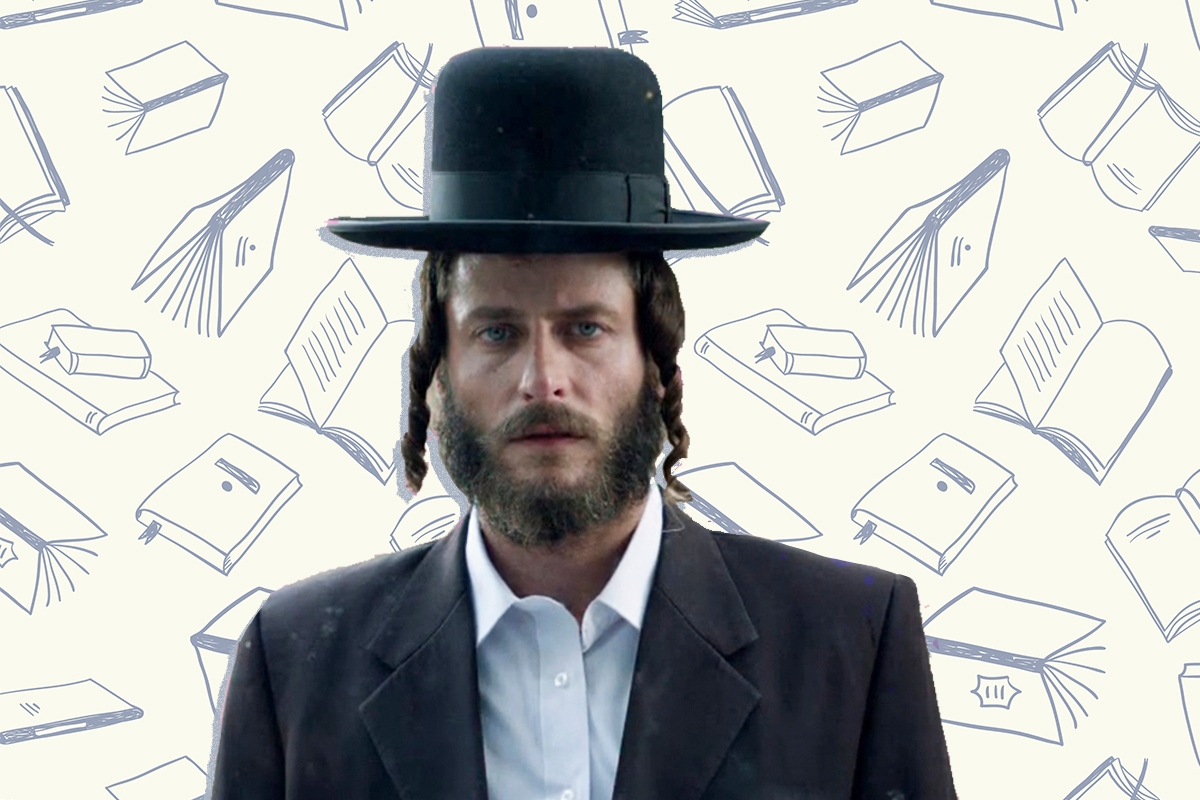 I was late to the “Shtisel” fan club. At first, I didn’t know why everyone was raving about it on social media. And then I watched an episode and realized I had to watch another one, stat. Before I knew it, I’d watched four episodes in a row and it was way past my bedtime.

Needless to say, I subsequently marathoned all three seasons over the next few weeks, after my son was asleep at night. (I would also alternate between “Fauda” and “When Heroes Fly” — and don’t get me started on “Blackspace” and “Valley of Tears.” Honestly, Israeli TV is very addicting!)

I am not Haredi, or even Orthodox. Although I grew up going to Orthodox and Conservative day schools, my Jewish practice somehow landed somewhere between Reform and Conservative. But there was something about watching “Shtisel” that felt like coming home. Was it the Hebrew and Yiddish dialogue? The family dynamics that cut through cultures and religions; the push-pull between letting down elders or choosing what makes you happy? Or was it the mysticism that is gently woven throughout the episodes, the careful and beautiful way that grief is portrayed?

Honestly, it was all of those things and more. By the time the final episode ended (did anyone else bawl like a baby?) I knew I would be wanting more “Shtisel” immediately. Obviously, that’s not an option — at this point, the jury is still out on whether or not there will be a “Shtisel” season 4. I’ve been watching other Israeli shows, but none hit quite the same way. Thankfully, there are lots of books out there that are reminiscent of themes in the show. Here are 7 “Shtisel”-like books that I highly recommend you read while we’re waiting and hoping for a new  season.

1. “Exodus, Revisited: My Unorthodox Journey to Berlin” by Deborah Feldman (out 8/31)

If you’ve seen the Netflix show “Unorthodox,” then you’re likely familiar with Feldman’s first book of the same name; a memoir about how Feldman left her Satmar sect in Brooklyn. Her follow-up, Exodus, came out two years later, in 2014 — it’s about raising her son as a single mother, finding her way in the larger world, and trying to forge her career as a writer. Eventually, Feldman takes a trip to Europe to retrace her grandmother’s life during the Holocaust, ending up in Berlin. “Exodus, Revisited” is a revised version of that book, with 50 percent more material, and the benefit of more time to reflect on her experiences. Like Akiva in “Shtisel,” Feldman struggles to find her place in the world — and in her family and cultural history — and finds that it’s more complicated than she first thought.

2. “If All the Seas Were Ink: A Memoir” by Ilana Kurshan

Prayer is a constant in “Shtisel.” There are many scenes of men studying at yeshivas, or praying and reading in their homes. Thankfully, IRL, more women are also learning Torah and Talmud and attending yeshivas — writer Kurshan included. Living alone in Jerusalem after her divorce, Kurshan decides to take up daf yomi, which is a daily learning of a folio page of the Talmud. This process takes seven and a half years, with thousands of people around the world learning the same page of Talmud each day. Kurshan interweaves her personal experiences with the teachings she reads about each day, often finding serendipitous guidance and commentary while doing so. Even if you’ve never read a page of Talmud in your life, I think you’ll find this memoir hard to put down.

3. “Yiddish: Biography of a Language” by Jeffrey Shandler

I understood a lot of the Hebrew dialogue as I watched “Shtisel,” but my Yiddish is only so-so. My grandparents would sprinkle their conversation with Yiddish words, but they’re gone now, and all I have left are a handful of words that often feel awkward when they tumble from my tongue. As I watched “Shtisel,” I was fascinated by how some of the characters move fluidly from one language to the other. This got me thinking about the Yiddish language and wanting to learn more about it, and that’s how I found this excellent book. Structured like a biography, Shandler, a professor at Rutgers University, explores the roots and intricacies of Yiddish, as well as the people who speak it, painting a vibrant picture of a language and community. If you don’t know much about Yiddish, or want to learn more, this fun and well-researched book is an excellent place to start.

“Shtisel” is, of course, the story of one family — and a fictional one, at that. It is just one story among thousands when it comes to Haredi and other observant Jews, and I think it’s important that their voices are heard. Stein’s compelling memoir is about how she was raised in a Hasidic family and expected to follow in her father’s footsteps and become a rabbi – but she always knew that she was a girl. As a child, she would say “I’m a girl,” and be told that no, she was not. But when she was 20, she got onto the Internet for the first time and searched for “boy turning into a girl,” and found online transgender communities. Eventually, she and her wife separated and, with help, she left her ultra-Orthodox community, learned English, went to college, and began hormone treatments and came out on her blog as Abby. Yes, this is a very different trajectory than anything the “Shtisel” characters experience, but the process of recognizing who you are and being true to yourself — even if it means going against your family or letting people down — is a recurring theme in the show.

In the prologue to his book, author Freeman states clearly what his goal is: “I want all our people to embrace and love our Jewishness – and reject the shame of antisemitism. This is Jewish Pride.” Taking cues from his experiences with LGBTQIA+ pride, Freeman explores what it means to be Jewish, and ways we can inspire other Jews to love their religion and live in such a way that we embody our values. He delves into antisemitism and its role in white supremacy, and how this can be dismantled. If you’ve ever finished an episode of “Shtisel” and thought, “I should really light the candles this week,” pick this one up. Even if you haven’t, you’ll want to read this — being proud of our heritage is important, and Freeman reminds us why.

6. “Mitzvah Girls: Bringing Up the Next Generation of Hasidic Jews in Brooklyn” by Ayala Fader

While the men might be the ones supposedly in charge in “Shtisel,” it is the women who really get stuff done: Giti takes care of her family when Lippe disappears, Ruchami has an indomitable spirit, Racheli helps Akiva bring his daughter home, and Tovi is the one who really makes decisions in her family. This brings me to “Mitzvah Girls” — this book is about the everyday lives of Hasidic women and girls, particularly from a sociological and ethnographic perspective. Fader looks at language, gender, and every stage of personhood, from infancy to adulthood, to observe the experience of girls in the Hasidic community.

7. “All Who Go Do Not Return: A Memoir” by Shulem Deen

In this heart-wrenching memoir, Deen writes about leaving his Hasidic community and the ways it ultimately cost him. As a teen and a young man, Deen belonged to the Skverer Hasidic sect; one of the most insular in the U.S., in which all secular material is forbidden. After marrying at 18, he started questioning his faith, and he eventually stopped believing in God. And yet, at first, he hides his newfound atheism, because he’d be shunned and lose his family if word got out — which is what eventually happens. We see some of this secular-curious exploration in “Shtisel,” too — take Lippe’s disappearance and his struggles against uber-restrictive mores, or Malka’s love of TV. Haredim — and Jews, in general — are not a monolith, and I think books like this one can further illustrate that.

What are you going to read first while waiting for the next season of Shtisel?